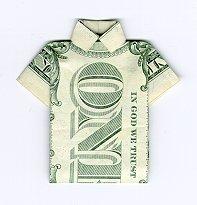 Google is up $6.75 today to bring their stock to $426.00 Cramer from mad money thinks it'll go up to $560.00. Apple is kicking major ass. It's up $4.46 to bring it's stock to $78.99. It's going to pass it's previous highs and I don't think it's going to sink down again. Steve Jobs is a genius. His changes to the Mac line with the Intel Chip and the subtle changes and reversions(is reversion a word? I mean to reverse to a previous version. It sounds right so I'm going to stick with it.) so...his subtle changes and re-versions to the ipod line have made huge profits for the company.

I wonder if there is a split coming for Google or Apple?

As soon as I have a chance I'm going to sell off RUTH, OVEN, and Hershey's Chocolate. I'm sure I can hold onto it and break even, but at this point it might be better to take a loss and reinvest it in something that's turning a profit.

My next aquistions are going to be in Energy and Gold stocks. I'm also going to put money into the Korean CD market. They have amazing rates 5% for 3months! That's like freaking amazing isn't it! I'm going to put into dollars because I think the dollar will be stronger in the next year. I'd love to get into the Korean stock market. Kim Jong-il made him about $40,000 dollars with his nuclear test. The Korean stock market fell 8.5% percent during the day and ended up at 2.5% lower for the day. While everyone was selling he bought and the stocks have recovered and gained since then. He's seeing about a 40% return.

In the next 2 months I'm going to looking into Korean brokerages.