The Dollar...is it intentionally low??? 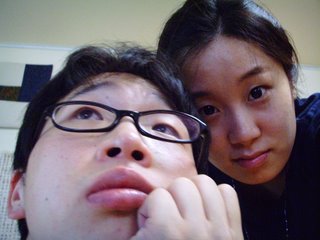 My thoughts on the economy. I've been recently trying to hedge my risks by putting my money in a couple different investments. Right now, most of my stocks are in the tech sector mainly because it's what I know. I tried to follow the Warren Buffet school of investing about a year ago and all my stocks are at the same level they were (or lower when i bought them.) I've recently bought a Korean CD from KEB bank. It is dollar account and it pays 5% every three months. That's an awesome rate compared to the states.

Now the reason I went with dollars rather than the Yen or the Won is that I believe the US economy is intentionally keeping the dollar low. I think they are doing this because the trade imbalance with China. China has a ridiculous stockpile of dollars right now. Soooo...making the dollar stronger would offset most other currencies in the the world and China could use this power to try buyouts of US firms like Japan did when the Yen was very strong in the 80s.

All in all, I'm going to fret. Working in Korea while the won is helping me stockpile dollars so when I go back to the states, I can start a good living.
Email Post
Labels: business and stocks