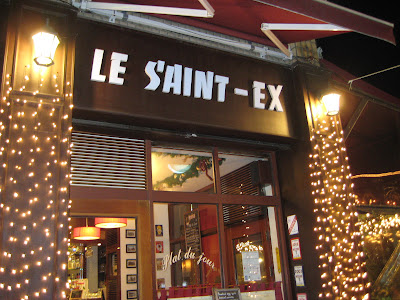 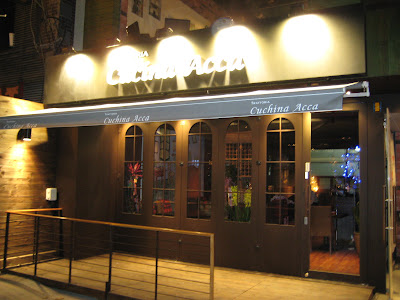 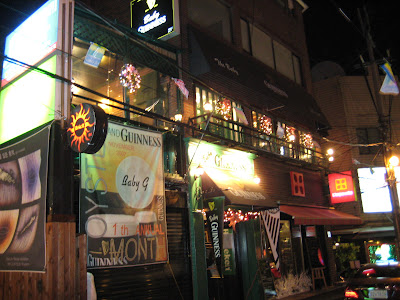 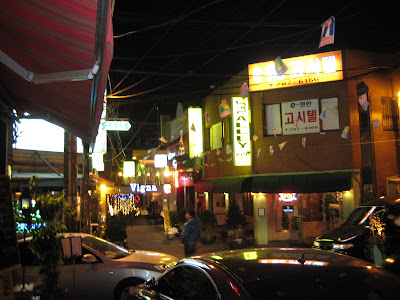 Nicole and I went for a stroll on Tuesday night and I got some night shots of Restaurant Alley which weren't half bad. Nicole recommended that I go to La Plancha at some point. I've heard good things about the restaurant and I've been planning on checking it out. She recommends the combo platters because you get a nice mix of food and the combos are big enough for two people.

Vigna- the name alone scares me, but I'll make it in there at some point.

Also, on top of the hill near Mignon, Hong Suk Chun of "Our Place" and "My Thai" is opening up a new "My China" restaurant. It might be interesting, but overall I haven't been delighted by the food in any of his restaurants so far.

These days my bar of choice has been Baby Guinness. It's a pleasant atmosphere- it feels like a Korean version of Cheers.