Santas around the world 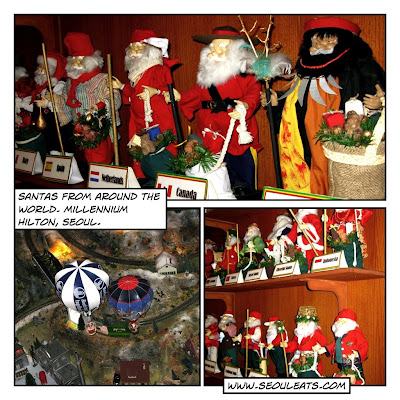 While I was at the Millennium Hilton in Seoul, I came across this bizarre exhibit. I wouldn't say it was exactly politically correct, but the idea was kinda inline with the Christmas spirit...I guess. 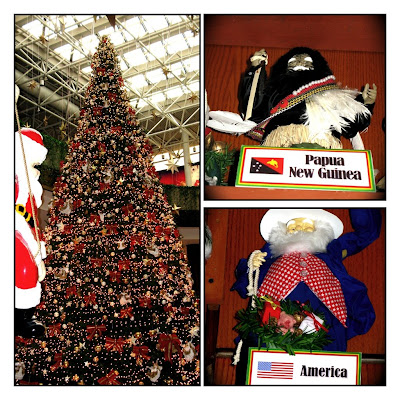 I don't think most of these would fly in the US, especially Papua New Guinea Santa with the machete. 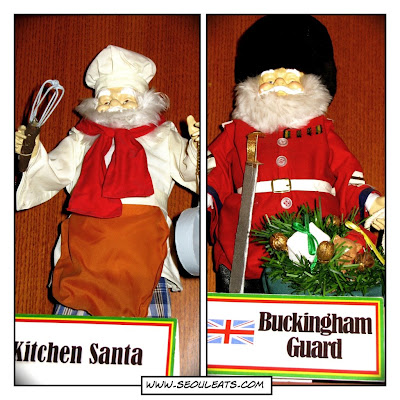 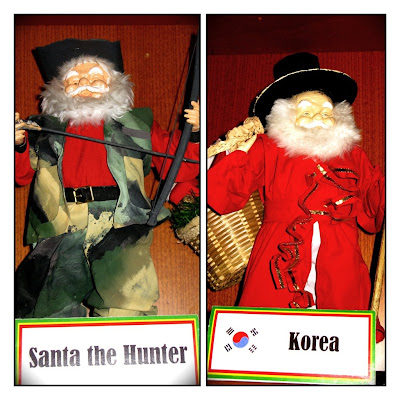 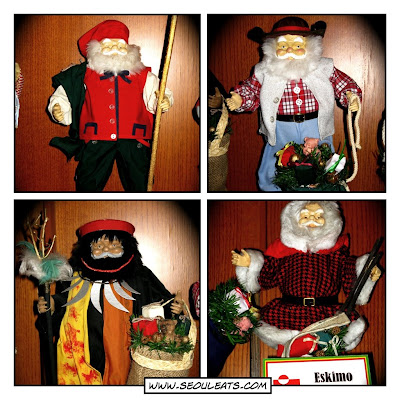 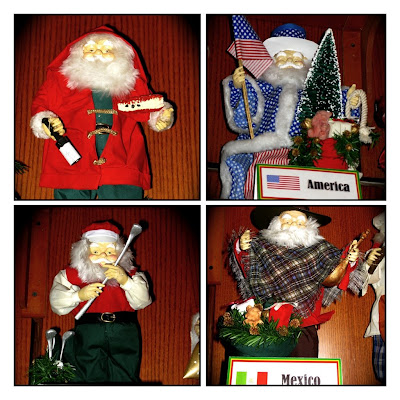 Santa the golfer and Santa with a sombrero was cute. Now you might be asking, where is Mrs. Claus.

There was only one and she wasn't the traditional Mrs. Claus. Instead it was this: 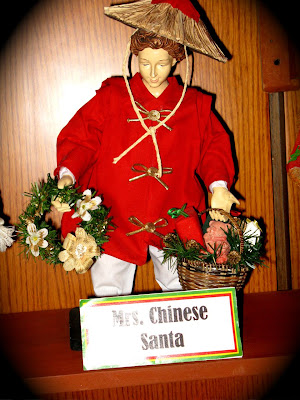