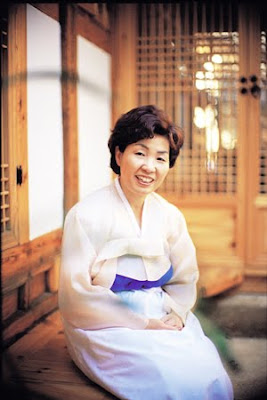 Han Bok-ryeo (pictures courtesy of Jihwaja)
Since Hwang Hye Jung recently did a story on Korea's Intangible Human Cultural Heritage #38 earlier this week, I thought I should give you a bit of background on this woman and pictures.

Bok-ryeo Han harkened the renaissance of Korea's Royal Court Cuisine through her work on the famous Korean drama, Daejanggum. It's her food that you see on the show. She is a selfless advocate of the tradition and she is the highest authority on royal court cuisine.

Bok-Ryeo Han is the highest living authority on the Royal Court Cuisine Tradition. She was awarded the title of Korea’s Intangible Human Cultural Heritage #38, which means she is the only one who can certify court cuisine chefs and restaurants. Her mother learned from the last royal chef and passed the tradition to her. 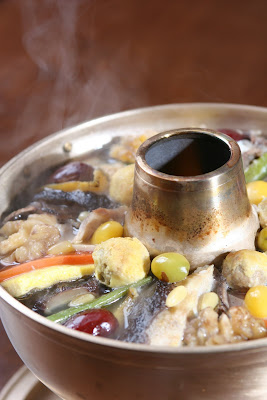 MOTTO: “I revived the memory of royal court cuisine so the legacy will not be forgotten