3. Seoul
Forget Tokyo. Design aficionados are now heading to Seoul.
They have been drawn by the Korean capital’s glammed-up cafes and restaurants, immaculate art galleries and monumental fashion palaces like the sprawling outpost of Milan’s 10 Corso Como and the widely noted Ann Demeulemeester store — an avant-garde Chia Pet covered in vegetation.


And now Seoul, under its design-obsessed mayor, Oh Se-hoon, is the 2010 World Design Capital. The title, bestowed by a prominent council of industrial designers, means a year’s worth of design parties, exhibitions, conferences and other revelries. Most are still being planned (go to wdc2010.seoul.go.kr for updates). A highlight will no doubt be the third annual Seoul Design Fair (Sept. 17 to Oct. 7), the city’s answer to the design weeks in Milan and New York, which last year drew 2.5 million people and featured a cavalcade of events under two enormous inflatable structures set up at the city’s Olympic stadium. — Aric Chen 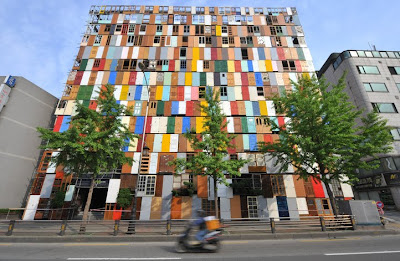 I think this is Seoul's year for tourism and I think it is because of a number of factors. Hit K-dramas such as Boys Before Flowers and Iris are putting Seoul on the map. The K-pop groups are also becoming all the rage. There are several youtubers doing English versions of pop songs. I mean check out this guy.
He is doing an English version of G-Dragon's Heartbreaker.

Besides pop culture, we have food. Rachel Yang of Joule Restaurant is going to be on Iron Chef America in February. Chef Roy Choi of Kogi Taco Truck fame will open his first standing restaurant in LA.

Also, O'ngo Food Communications and Lotus Culinary Travel will be working on a partnership to bring culinary tourism to Korea.

Like I said, before, it's going to be a good year.

I guess the Lonely Planet was feeling a bit competitive and they did a post on the 9 least favorite cities (I guess they couldn't come with a full 31 cities like the times) to travel to. Like the New York Times, they ranked Seoul third on the list. Here's what they wrote about Seoul:

Seoul, South Korea – According to one traveller comment, ‘It’s an appallingly repetitive sprawl of freeways and Soviet-style concrete apartment buildings, horribly polluted, with no heart or spirit to it. So oppressively bland that the populace is driven to alcoholism.’


I think the person who wrote the comment didn't travel outside of the one block that he/she stayed because Seoul has a million things to offer such as parks, mountains, traditional houses, and temples. Seoul is one of the best cities to live in and I love the energy of the city.
seoul