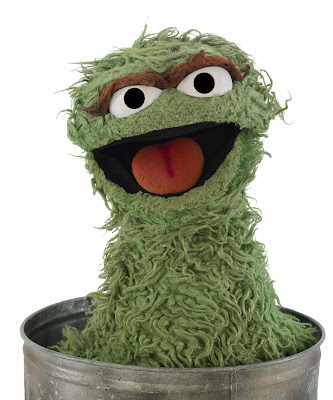 Food waste habits are hard to break, especially in Korea
Growing up in the United States, I know food waste. I am, unfortunately, one of many Americans who throws out on average a pound of day of food. According to the U.N. World Food Programme, the total surplus of U.S. food could satisfy "every empty stomach" in Africa.
Although the United Kingdom and Japan also have been ranked as some of the worst food wasters (throwing away 30 to 40 percent of their food each year), South Korea is unfortunately not exempt from this global trend.
In Korean restaurants, where a multitude of side dishes accompany most meals, it's not too far-fetched to imagine that there is a nod towards acceptable food waste. According to Stuart Tristram's recent book, Waste: Uncovering the Global Food Scandal, wasting food in South Korea is a sign of hospitality and an example of affluence.
Eventually, these kind of eating habits began to get noticed.
After the Korean government released a report in 2002 that stated that Korean produced more than four million tons of food waste (more than the total amount of food available in North Korea at that time), a number of incentives began for restaurants in hopes to cut back on the amount of food wasted.
The other problem that comes with food waste is its effect on the environment. Although food waste is biodegradable, the problem begins as it decomposes. As food rots, it releases methane, which is a greenhouse gas. According to the Environmental Protection Agency (EPA), this gas is 20 more times damaging to the environment versus carbon dioxide.
As a result, a number of government regulations were put in place. In Korea, it is illegal to send food to the landfill; rather, food waste is used for a number of purposes. After being dehydrated, the food waste is used as fertilizer or livestock feed.
Right now, new efforts are also underway to create a more fluid food waste disposal process. According to a recent Korea Times article, as early as next year, the use of plastic bags for discarding food waste will be replaced with plastic buckets. The buckets, which will be given per household, will have electronic chips imbedded in the bucket. Households will be charged monthly for the service, which will be added to other public utility bills.
According to the ministry, food waste disposal cost 18 trillion won in 2005, and may soar to 25 trillion won by 2012. With this new effort, the ministry hopes to save 5 trillion won and prevent 4 million tons of green house gas emissions.
Although I see these new changes in a hopeful addition to a number of already effective regulations, it is time for food consumers to break their bad habits (and mine) when it comes to wasting food. Changes must not only be made on a macro level, but also on a micro level.
Each household should correctly sort their food waste and discard anything that will not decompose quickly (bones, seafood shells, large fruit pits and hard shells). Additionally, consumers should buy groceries more frequently and in smaller amounts, to alleviate the potential of rotten produce. At restaurants, try finish your food (or split it with a friend). Opt to go to restaurants who will happily box up leftovers. Also, if you do not like side dishes, ask for no side dishes (this may prove difficult, but it is worth the effort) .
Ultimately, there is only so many regulations that can be administered to bring about environmental and consumer changes. This is a global issue, not just a South Korean issue. To spur real significant growth, Koreans and ex-pats alike must be willing to alter their habits (and culture) to prevent waste.
Lindsey Huster is a writer who usually hails from Chicago. She enjoys listening to music,wearing cardigans and generally anything vegetarian. Send her an e-mail here: Lindsey Huster
food for thought lindsey huster