Flying on a Jetplane: Shanghai Airplane and Airport Food

January 07, 2011
I can't say that I enjoy spending a day in airplanes or in airports, but that's what one has to do when they want to get home for Christmas. Whenever, I travel I put myself into a "Planes, Trains, and Automobiles" mindset so I am always prepared for the worst.
The food on the flight was fine. Nothing special and nothing toxic. I liked that they added gochujang. They had a shrimp and cucumber salad. I stuck to rule and I stayed away from the shrimp. It didn't look bad, but...I wouldn't want to spend 14 hours in a tiny bathroom.

The Shanghai Airport isn't bad. It's not the most fashionable place. I didn't really understand the white pilons hanging from the ceiling, but it's spacious and not too crowded. The odd things that I found were the hot tea dispensers. I didn't see many coffee machines at the airport.

At the convenience store: Cheerway Easy Go! (I love the name) you can get 2 bottles of green tea for 1 dollar. I only wanted one, but they insisted I take two- they didn't understand 50 cents for one. I also found "Cream Prune Drops." I guess they were candy, but they just sound gross (prunes and drop...yuck).

As for places to eat...meh...the food at the airport is atrocious. I was hoping to get good Shanghai dumplings, but I ended up getting old, cold dumplings whose wrapping was closer to a condom than steamed dough. I tried eating them at "Acting" cafe- which is the best of the lot and at Tian Xia Dumplings (awful).

I recommend you stick to the Tching Tao Beer and nuts. 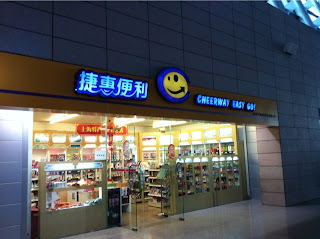 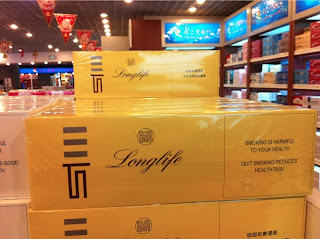 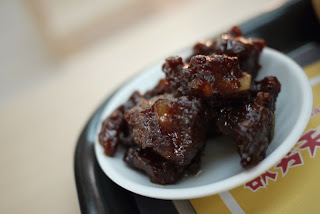 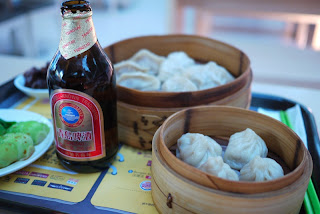