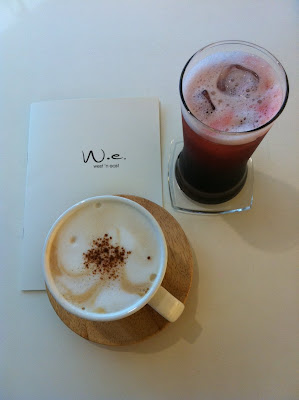 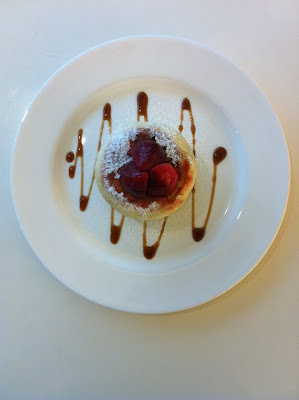 Every once in a while a new concept starts in Korea that is very fresh and new. It is so unique that soon everyone tries to copy it. For example, Vinyl over by Hongdae has been doing cocktails in a bag for years and now you can find copycats in many other parts of Seoul. Reggae Chicken in Hongdae has been around for ages and then Frypan did a concept that was very similar (however, Frypan became a huge franchise- one that I think will implode on themselves soon).  And there are also the western places such as Sultan Kebab that spawned many different copycats.

Oh...,my point. Most of the times these places fail because they are just copies and they don't have a plan or a concept behind the restaurant.

Cafe W.e. "West 'n East" seems to have a strong concept behind them and they seem to have a solid game plan for growth.

My first visit there I had a banana hotteok and this was awesome because it was like a pancake stuffed with banana flambe- awesome. The hotteok was thick and fluffy and inside were bananas, melted sugar, and nuts.  The last time I went I had their mixed berry hotteok that was stuffed with dried blueberries, almonds, peanuts, cranberries and more. It came with a side of fruit for mixing. Good, but uber-sweet. I recommend the banana one more because it had more a caramel filling. The sugar didn't quite melt so much in the berry one.

Their drinks are good as well. I like their vinegar drinks they have there- they are really refreshing.

Oh, in winter they even roast sweet potatoes. It's seems like a pretty sweet place. 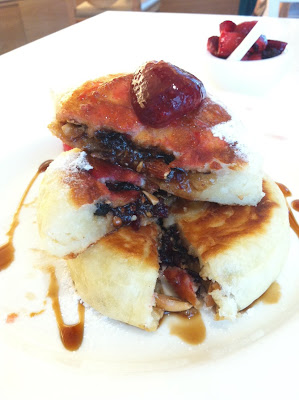 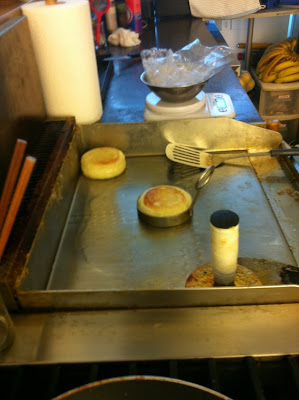