How much can location affect a restaurant?

As long as I have been in Seoul, Taco Taco Chili Chili had prime location on noksapyeong road. But due to a new construction, they (along with my beloved namsan kimchi chiggae) were forced to move. They moved about a block down the road next to the Waffle Factory.

It was one of the first taco and burrito places in Korea and it was very popular. I think now they have a couple other locations as well. They were known for flavorful, heart food at decent prices. I used to frequent there quite often.

Tonight I needed a quick meal before a meeting so I stopped in at their new location. It was 5:30pm so it wasn't packed yet. I ordered a beef burrito (6,500 won) and a coke (1,500 won). The price was not bad and the food came out fast.

What arrived was a hefty burrito that was packed full of rice. The burrito was overwhelmingly rice- too much I think. There were some beans and I think some meat, but mainly it was rice. I think there was some cheese and salsa as well. Did I emphasize the rice?

Overall, it could have been better. I am not sure if the location will affect the business, but I know the taste will. 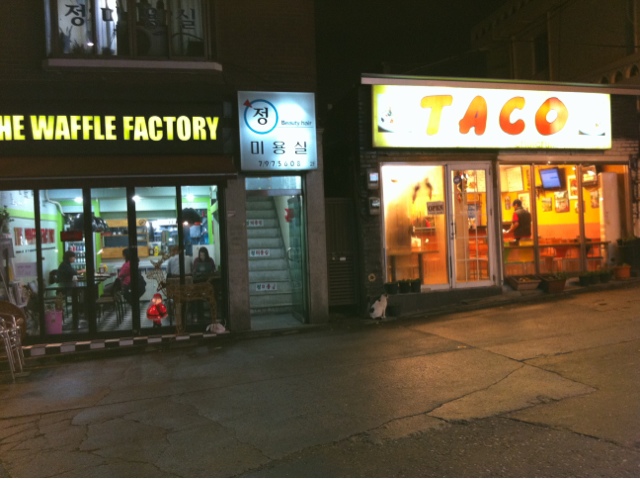 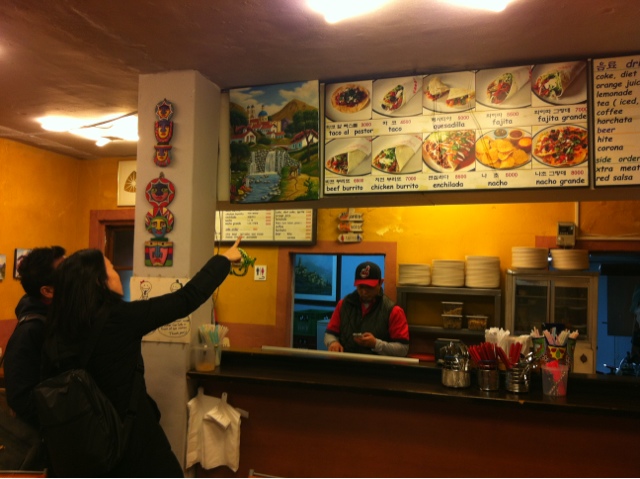 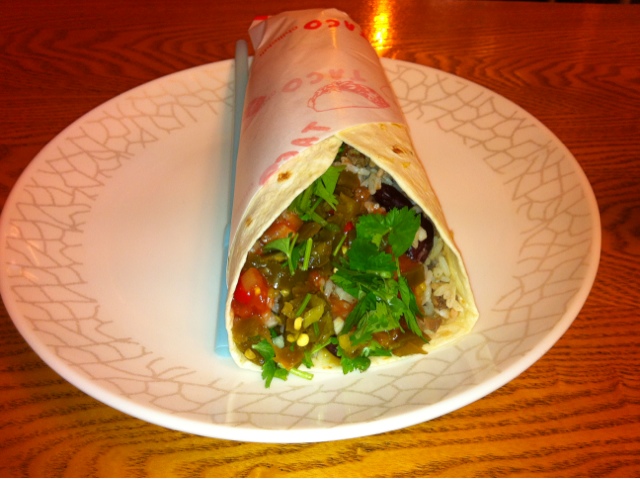