November 23, 2011
In the kitchen yesterday I decided that I wanted to help Hyejin make lunch. She was planning to make a vegetable stirfry and chicken cutlets. She had a medley of veggies: eggplant, bell peppers, carrots, onions, etc already cut up so I decided I to make a ratatouille. I cooked down the veggies in some olive oil and added salt, basil (there was no thyme), and lemon juice. It had a mellow flavor and the medley of veggies blended just right.

For the chicken cutlet, I was looking in the pantry and there was Nurunji (toasted rice) so instead of battering the chicken in panko breading, we finely crushed up the dried rice snack and used it to make a crust on the chicken and fried it up in oil.

The crust worked and gave the chicken a crunchy, hearty texture. I mean it had much more bite than just boring panko. The one problem was that the Nurunji didn't have much flavor. My friend Lena suggested that we add a dash of Old Bay Seasoning. I think this is something I will have to experiment with. 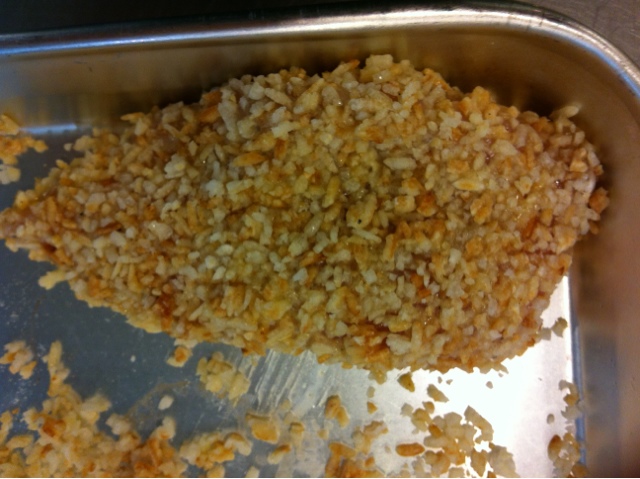 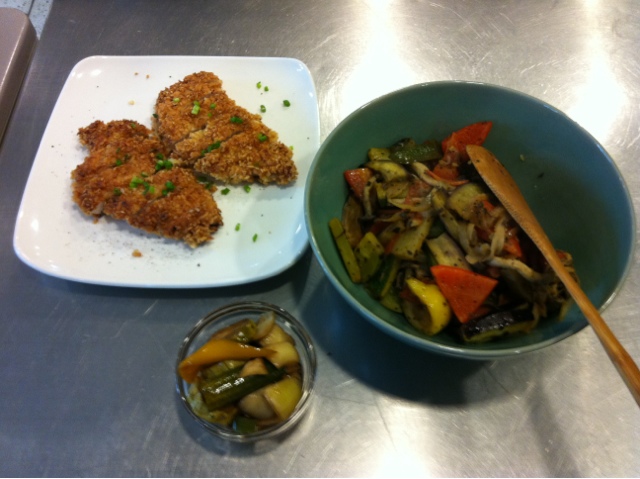 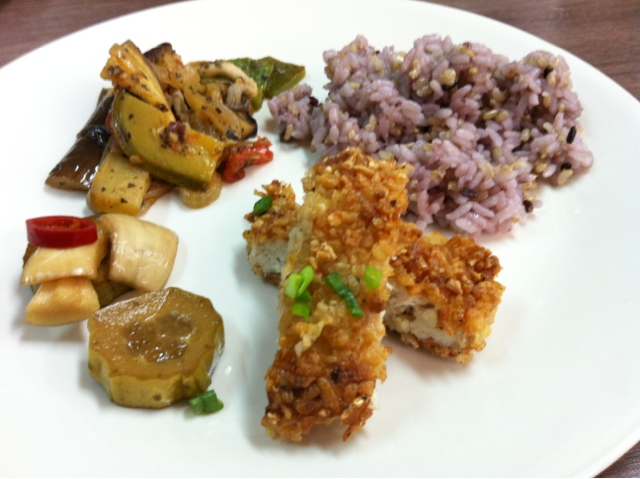