December 07, 2011
Last week I was fortunate to visit Jungsikdang with some guests. With all the press that this restaurant is getting in the states, I was interested to see if the quality of his flagship restaurant had suffered or not.

I have a long history with this restaurant and I have been to it numerous times in the past few years since it opened. I have introduced this restaurant and to journalists and I have written numerous articles on the establishment. I have been critical at times for I thought and still think that the chef should have worked harder to hone his craft in Seoul before making the leap to NYC.

I made reservations a few days in advance and they were quickly and easily made. When I arrived, the hosts happily greeted us. I have to admit that service has greatly improved from the beginning. I would say that the level of service is one of the tops in the country.

The atmosphere is quaint and at noon on a Wednesday it is surprisingly lively. In the private room there is a baby shower and around our table fashionable girls are chatting about new styles and guys they think are hot.

The first course was an amuse bouche course that had a delightful tofu flan, a lobster chip and aioli, and a refeshing grape and cucumber salad.

Next was the salad course. I had a fresh salad that had a umami-rich Kim dressing and my guests had a tomato-foam salad. My quarter of iceberg lettuce was crisp and topped with various veggies, bacon, and seaweed dressing. It was a good palate cleanser and the idea to use dried seaweed as a dressing was an inspired idea.

Course 3 was the starch course- which is against Korean standards (rice is always the next to last course in Korea). I had a poppy barley rice with crisp anchovies and 3 spheres of pickled turnip.

My guests had a spicy noodle dish and another had crisp pork belly over rice. I have to say that my dish was the best because of the mix of flavor and texture.

The main course came next. I had snapper with crisp scales on top and a spicy oil soup. There was also a salmon and sous vide beef dish. The star was the samgyetang (chicken and ginseng) dish that had a tube of ginseng, pinenuts and much more over a disk of sous vide chicken sitting in broth. The execution and the taste of this dish was outstanding.

The dessert came next and I had the raspberry dessert which was rich and tart. I remember tasting the Makgeolli dessert and this was not so good. It tasted too heavily of alcohol and the texture of rice cake was a bit too spongy to be palatable.

Overall, besides the Makgeolli dessert, Jungsikdang was a wonderful experience and my guests loved it. They told me that they would bring their guests there.

I also found it refreshing and a meal that I relish.

I also am willing to accept that maybe Mr. Jungsik Yim is ready for the world stage.

Go get him tiger. 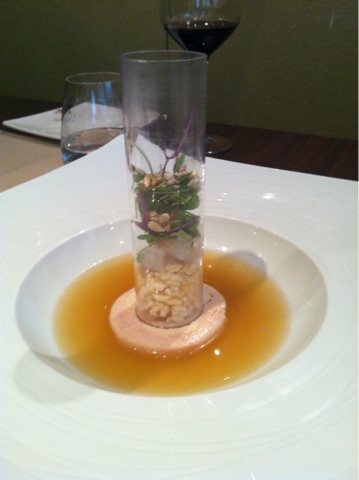 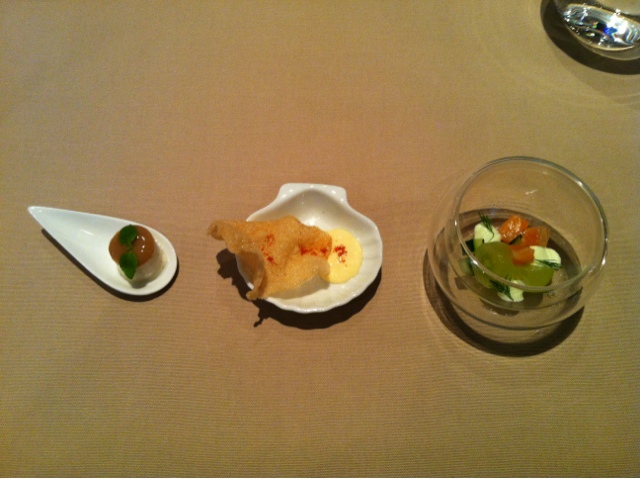 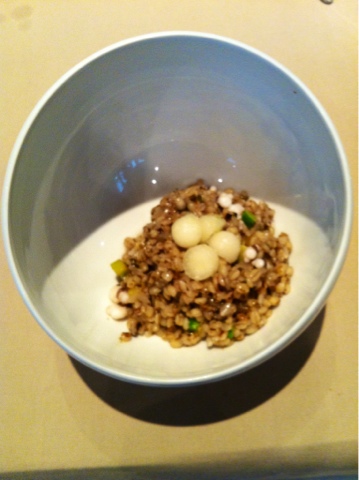 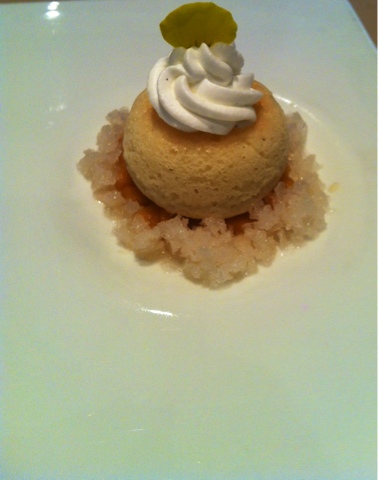 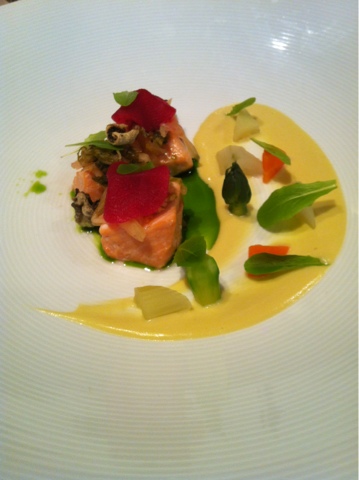 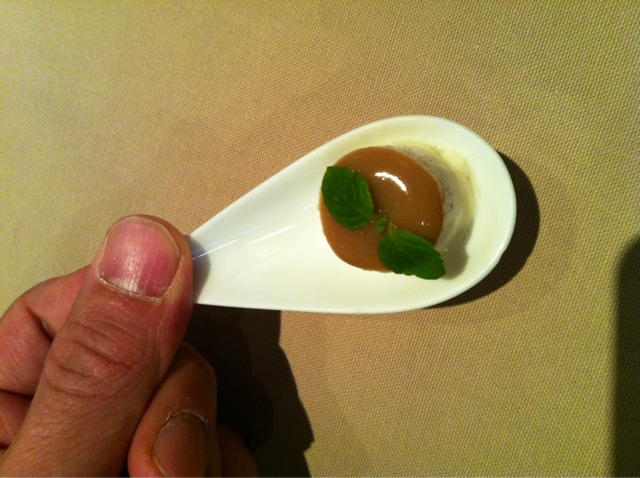 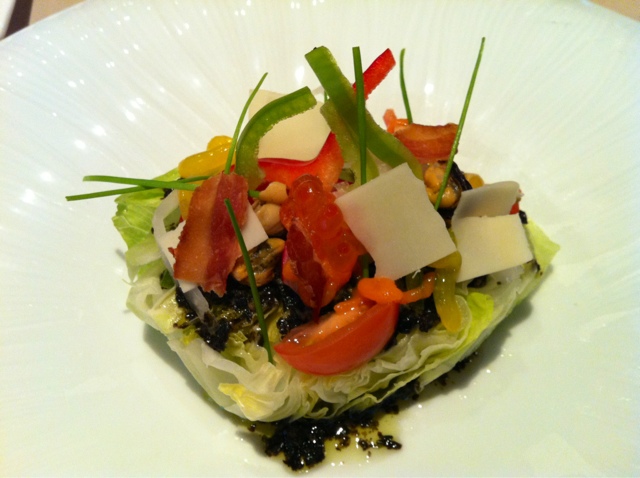 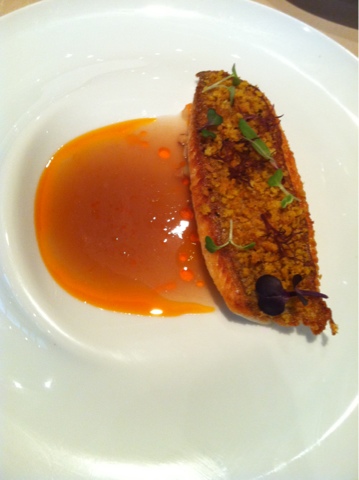 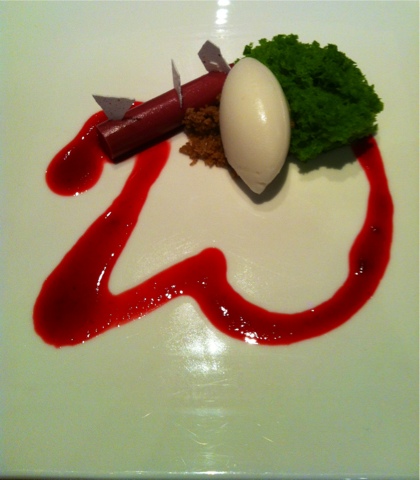