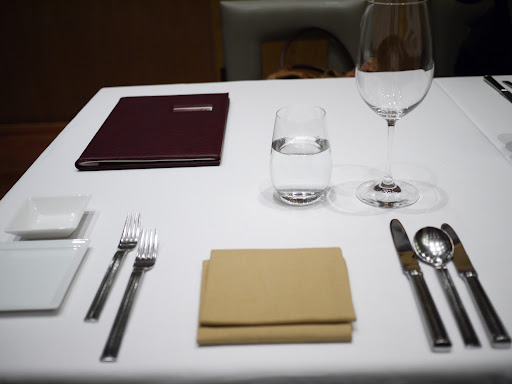 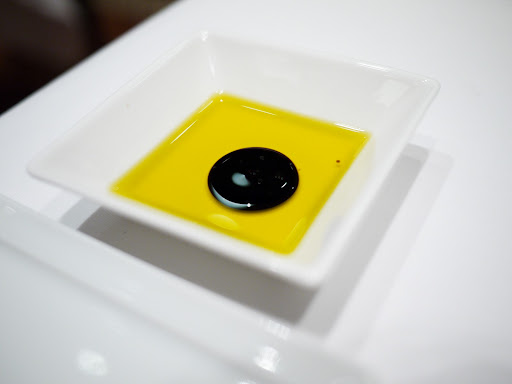 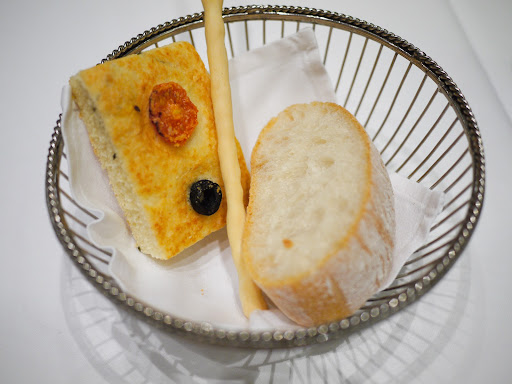 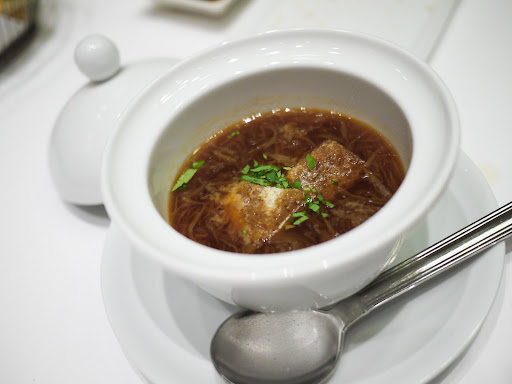 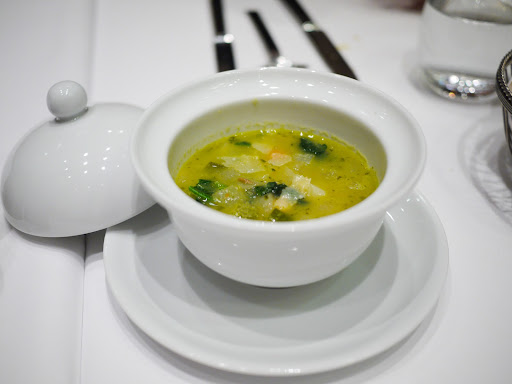 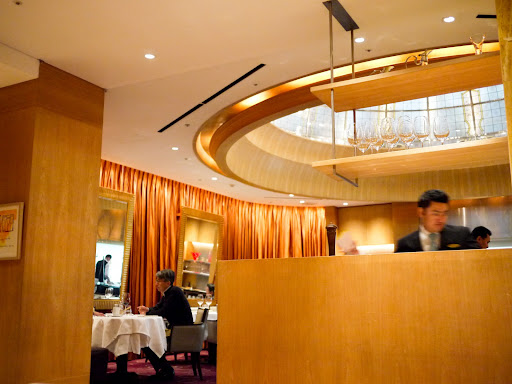 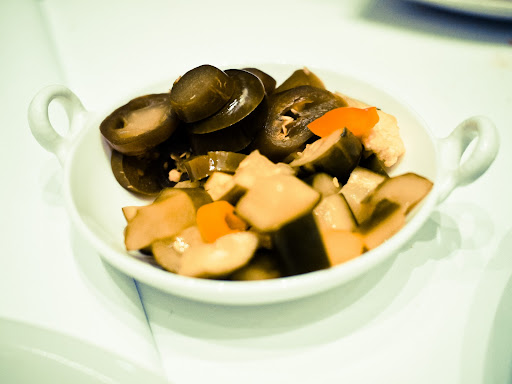 You must have pickles at Italian Restaurants in Korea
Osso Bucco and Pumpkin Gnocchi are Top Notch!
by Daniel Gray (Seouleats)

The other day, my good friend and president of the company, Jia Choi said that every day seems to be a party. With many social functions and invitations to lunch, it seems that way. Recently, I was invited by Lotte Hotel to come visit their restaurants and give my thoughts on the food and service. So I went under the condition that I would be free to write whatever I liked. They encouraged me to be honest so I will.

Since it is winter, I was in the mood for some good Italian food. Overall, I haven't been too impressed with many Italian places in Korea, but I figured that Lotte Hotel should be able to make something impressive- especially for the prices that they charge.

The first thing I did was to call the restaurant to make a reservation. This was a tad frustrating since the person taking the reservation kept messing up my phone number and my name. After trying several times, I eventually gave up and made the reservation in Korean.

When we arrived at the sumptuous hotel, the concierge directed us to the restaurant and we were seated. Peninsula Restaurant has two areas of seating. One is outside near the lobby and is very casual. We were directed to the inner rooms where our table waited. The restaurant inside is very open and bright. There is one room that has a domed ceiling and a private glassed in room that looks like a library. A very well designed restaurant.

They have typical Italian fare here: pastas, pizzas, antipastos, osso bucco, salads etc. There were a few things that caught my eye: the Caesar Salad with San Daniele Prosciutto; Organic Spaghetti with giant Clam, Seafood Risotto, Veal, and Lamb Chops. Since I was dining with friends, I decided on a tasting of different foods. My friends ordered the Minestrone and the Onion Soup and I ordered the Caesar Salad with Prosciutto.

For the main we decided on the Osso Bucco with Saffron Risotto, the Pumpkin Gnocchi and the Romano Pizza.

I placed the order and we were on our way. The waiter came around with some bread with some olive oil and balsamic vinegar for dipping. The bread was good- especially the foccaccia. The foccaccia had a bit of baked Parmesan and some crunchy salt- just the way I like it.

The salads and soups came out quickly. The Caesar dressing had the right amount of creaminess and anchovyness. The leaves were crunchy as well and the prosciutto added the right amount of saltiness. The onion soup's stock was richly flavored with beef, caramelized onion and a bit of Romano cheese. The minestrone was fine as well. A good start.

After this course, then came a long wait. After we finished with our second serving of bread, we asked one of the waiters why our food was taking so long. The waiter asked the captain and then the captain came over and explained to us that the risotto on the osso bucco was taking time to cook. He apologized profusely and then brought us more bread (you can have too much of a good thing). About 10 minutes later our food came out which was brought out by 3 servers (I guess they could sense we were running a bit impatient.)

They brought out serving tongs (which wasn't very efficient for getting sauce or rice) so I had to wait a couple minutes as I tried to get the attention of one of our waiters that were rushing back and forth in order to get a couple of serving spoons. After getting the spoons, I was able to try the food.

The food was great- no problems here. The pumpkin gnocchi in cream sauce was plush and you could taste the deep, orange flavor of the winter pumpkin. There was some truffle oil as well- which I think it could have been omitted. While I like the flavor of truffles, the oil is too over powering. The pizza was good as well. The crust was thin and it had ample toppings on it. I liked the capers and the anchovies that added a nice flavor to the pizza. The star of the lunch was the Osso Bucco. The veal was fork tender and flavorful. The risotto was cooked perfectly and had the right amount of pop. The saffron smell was light and it let it complemented the flavor of the meat.

And at the end of the meal, we were treated to a light dessert of fruit and some sweetened marscapone on a almond cookie.

Overall, a fine meal, but I did have some problems with the service. It was a bit difficult to get the attention of some of the servers. I'm not sure if they were understaffed on this day or not. This was further emphasized when I went to pay for the bill. I think that the server should have offered the bill at the table after our coffee but instead I had to go to the counter. Also, I wasn't really sure which of the many waiters were assigned to us- it seemed as if they were working in teams. I feel that for a restaurant of this caliber, the service should match the level of the food. The food was the highlight of the meal and service should complement that.

** 2 Stars: Very Good: Very Good Experience. With a few tweaks, it could be exceptional 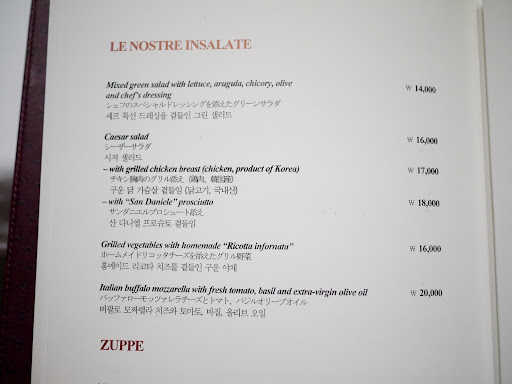 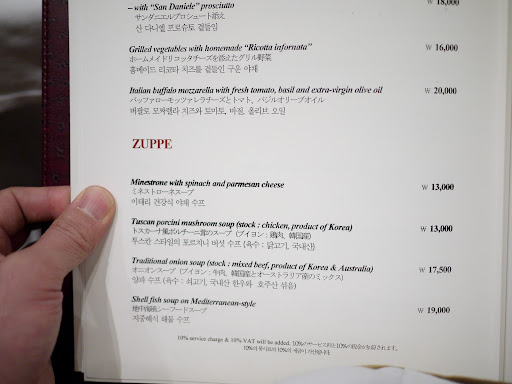 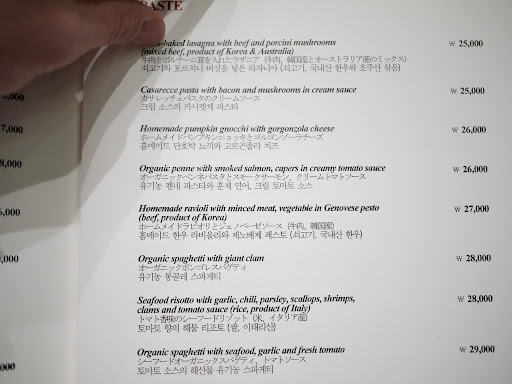 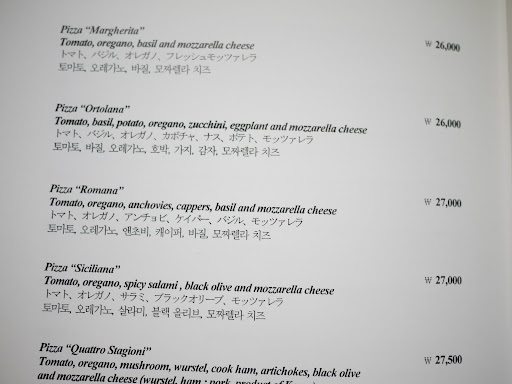 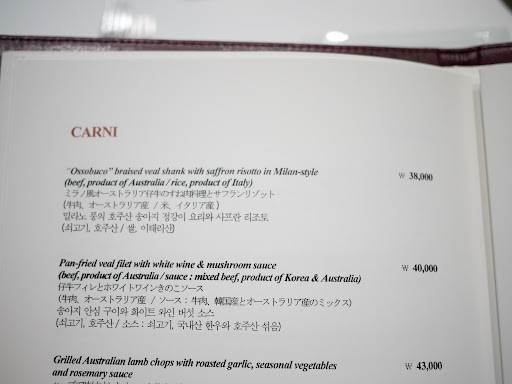