Letters to Seoul Eats: Is it Ok to Eat Alone in Korea? 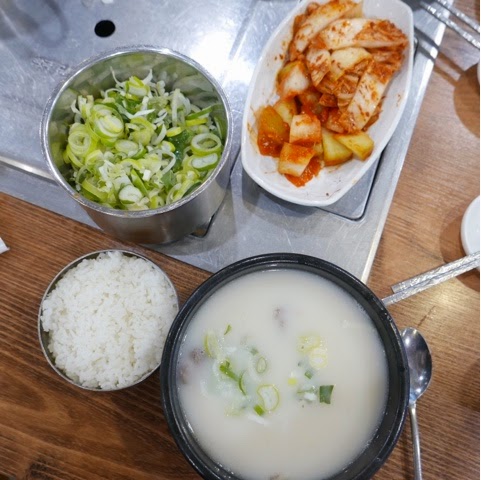 Dear Daniel,
I would really like to ask you on your personal views for the Korean solo eating culture.
I am planning a solo trip to Korea soon and I would like to check if eating alone is much shunned upon in Korea. I have been there a couple of times with friends and I have never seen someone eating alone.
Of course, Ive also sussed out some 'alone' eating places like 이찌멘, 제일제면소, 이야기하나 (ㅎㅎㅎ), but was just thinking if it'll be viewed as weird if I were to just go into a restaurant alone and have grilled meat. Or noryangjin and have stew alone. How about cafes too?
Would really appreciate some tips from you on eating alone in 한국.
Thank you! :)
Regards,
Janel.K
http://www.jankliciouz.blogspot.kr/
Dear Janel,
Thanks for the letter. In the past eating alone was generally looked down upon but these days it is becoming more common as more Koreans embrace the "singleton" lifestyle. More restaurants are allowing single diners and it is not so uncommon. Especially in "fast casual" restaurants that serve noodles, kimbap or simple foods. Also, taxi driver restaurants are generally open to single diners as well. Generally, you can go and dine everywhere by yourself but you could receive some pitiful looks from diners. However, I don't think it is much to be concerned about. If you look particularly "foreign" you might even make some friends.
If you are dining alone, for something like barbecue you will have to order a minimum 2 portions. It's just the rule because the restaurant has to heat up coals and clean up the grill pans and for one portion, it would be too much of a loss. Also, if you go to a bar to just order a beer, you'll usually have to order a side dish EVEN if you just want a beer. At the bars, the beers are not cheap and can start at 12,000 won (about 11 USD). Drinking alone in Korea is a social taboo and many people might think you have a problem or you lack friends.
Noodle places tend to be ok for single people and also any of the fast food places. As for Noryangjin, I don't think you'll really have a problem. I see Koreans doing it some times there. It's a market so some people are doing shopping and want to get a bite while they are there. Just keep in mind at Noryangjin, you will have to pay a sitting fee at a restaurant and a cooking fee (it is by weight so getting one abalone cooked will be as expensive as getting 5 or 6 cooked).
Anyway, if you are looking for people to dine with in Seoul, you could look up some of the food tour companies such as Delectable Travels (www.delectabletravels.com). They will help pick out all the best food places in Korea and keep you company while you eat.
Cheers,
Dan
Alone