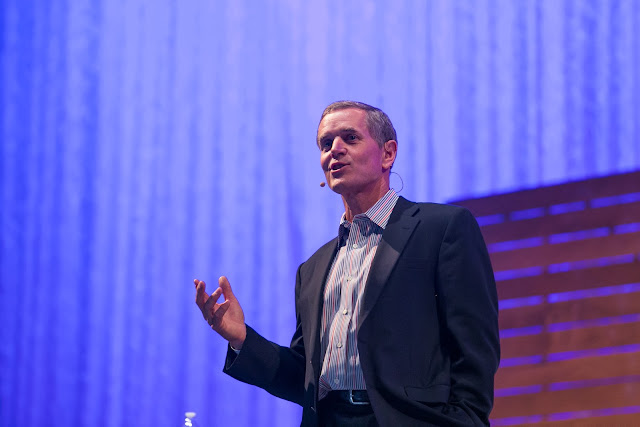 Peter Castleman is a self-made success story.  Mr. Peter M. Castleman is the Co-Founder at Westwind Investors, LP. Mr. Castleman serves as the Chairman and Managing Director at J.H. Whitney & Co., LLC. He was also a Principal at JHW Greentree Capital, L.P. He joined J.H. Whitney in 1987. He was employed at Morgan Stanley & Co., in the Leveraged Buyout Group as an investment professional. He started his career as an Officer at J.P. Morgan & Co. Incorporated. He serves as the Chairman of United Biosource Corporation. He served as Chairman of the Board of WH Intermediate Holdings Ltd. since 2002. He served as Chairman of Herbalife International of America, Inc. He served as Chairman of Herbalife Ltd. until May 2007 and Director from 2002 to May 2007 and served as its Presiding Director. He serves as a Director of Herbalife International, Inc. Mr. Castleman also serves as a Member of the Board of Directors of Caris Life Sciences, Inc., Aramiska, B.V. and EMC Holdings, LLC. He served as a Director of HEI Exchange, Inc. He served as Member of the Board of Directors of Healthmarket Inc. He served as a Director of The North Face, Inc.; Advance Paradigm; Eon Labs Inc.; and Pharmanex, Inc. Mr. Castleman was a Teaching Fellow in Economics at Harvard University. Mr. Castleman was runner up for the Economic prize for his work on the Economics of Solar Energy. He received an M.B.A. from Harvard Business School, where he was a Baker Scholar and a B.A. degree from Duke where he graduated Summa Cum Laude, Phi Beta Kappa and honors in Economics. Mr. Castleman also studied at New College, Oxford University.

Ahead of the special seminar, Mr. Castleman will deliver a special lecture on May 12th, 2016, at 10am, at Google’s Campus Seoul’s Event Hall in front of 100 young Korean entrepreneurs under the theme “Yevo Chairman Peter Castleman’s Message to the Young Entrepreneurs of Korea.”

To sign up for Peter Castleman’s special lecture at Google Campus Seoul, please visit the events page on Facebook at https://www.facebook.com/events/257425817932361/.


Hosted by Yevo Korea, the “2016 Yevo Spring Conference - A Special Seminar with Yevo Founder and Chairman Peter Castleman” will be held on May 12, at 1pm, in the Grand Ballroom of Millennium Seoul Hilton Hotel.

Since its September 14, 2015 inception, Yevo Korea has achieved unprecedented growth to become Yevo’s number one market.  To commemorate this feat, Yevo Founder and Chairman, Peter Castleman, will visit Seoul to meet with a select group of Korean distributors and customers.

Also present at the May 12th Seminar will be Kirby Zenger, President of Yevo Asia Pacific; Thomas McLamore, Head of Business Development of Yevo Asia Pacific; and Jung Woo Kang, General Manager of Yevo Korea, who will present the current status of Yevo Korea’s business operations.  The highlight of the seminar will be Mr. Castleman’s special address to the Korean distributors and customers, which will be followed by a leadership recognition ceremony.   This special seminar, organized as part of the 2016 Yevo Korea Spring Conference, will celebrate the success of Yevo Korea’s launch and introduce to the Korean market Yevo’s Smoothie shake which contains the 43 essential nutrients that are referenced by both the World Health Organization (“WHO”) and the Institute of Medicine (“IOM”).

The 40-minute lecture will be followed by a Q&A session where Mr. Castleman will answer questions about the state of new “gig” and “on-demand” economy, the healthcare crisis which is bankrupting both governments as well as corporations, and the dilemmas that the young entrepreneurs are facing in an age globalization and economic transformation.

To sign up for Peter Castleman’s special lecture at Google Campus Seoul, please visit the events page on Facebook at https://www.facebook.com/events/257425817932361/.
castleman yevo