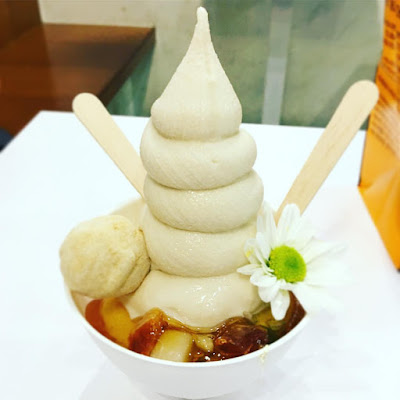 Everyone loves ice cream (and gelato), however, the definition of what ice cream is or what would be relative equivalents might differ in the eyes of Koreans. Since 2013, sales of ice cream market size has decreased from 1.6 Billion USD to 910.9 million USD due to increased competition from shaved ice stores, juice shops and cafes. All these sell what would be considered "ice cream equivalents." Subsequently, sales of ice cream have suffered as well dropping from 850 million USD in 2014 to 810 million USD in 2016 (Food Industry Statistics, Nielsen Korea).

However, ice cream is not suffering an irreversible downtrend. The largest competitor for the last few years have been the popularity of the snow shaved ice chain Sulbing. In 2013 they had only 33 stores in Korea but in 2014 this number exploded to 482 in 2014. However in 2015 they only added 8 more stores (Joeilbo News). I have personally seen a number of these stores close in the last year in prominent areas. In contrast, Ice Cream stores have been increasing. Baskin Robbins, the market leader, increased their number of franchises from 1106 in 2014 to 1208 in 2015 (The Bell News). So the market for ice cream has grown but the definition of ice cream equivalents has increased greatly.


The ice cream market might have suffered in sales, but this forced them to innovate and find new markets for their products. Ice cream makers created trendy flavors such as banana and salted caramel, which were niche flavors last year. They also partnered with popular brands like malang milk candy to create new, fun ice creams (Yonhap, Wikitree). Common brands like Binggrae are moving into the premium ice cream market by establishing new brands like “Cledor” (Herald K).

Premium soft ice cream using organic milk has also had a comeback in the last year as brands like “Pasteur Milk Bar by milk company Pasteur,” “Soft Lab” by Binggrae and Baekmidang have usurped Softree which was a popular brand about 3 years ago (Sisaon News).

The ice cream hit of 2017 was a traditional shaved ice topped with a sweetened tomato sauce and black pepper. The company Tokyo Bingsu that came up with the dish is slowly franchising but not at the level of Sulbing. They are constantly coming up with new flavors such as pumpkin, green tea and white grape. Softserve ice cream shops are creating new flavors and designs to make “Instagram-worthy” desserts.

This post was sponsored by Host Milano. Visit the expo in Fieromilano from October 20-24th.
host ice cream milan