About Seoul Eats
Seoul Eats was started by Daniel Gray, a food-loving American who came to Korea to learn about his roots. Dan is a Korean adoptee that left Korea when he was five and one of the reasons he returned was in hopes of finding his mother and father, which he was able to do. Daniel's first job in Korea was as an English teacher and did the blog as a hobby in his free time. The site has evolved from a rambling tangle of thoughts into a food blog. It is mainly about food and culture in Korea but also about Daniel's journey in Korea.

Daniel has taken the success of his blog to work in video production, tourism and events (he was a partner at O'ngo Food Communications for 4 years) and the owner of two craft beer restaurants (Brew 3.14π and Brew 3.15π). He regularly appears on KBS World's Korean Food Story . He can be contacted for private tours, events and consulting.

Daniel specializes in Korean food and culture. He has worked on over 50 video productions in Korea as either a host, line producer and more. He specializes in research and written reports for the OECD, Yum Foods, and Diagio. He has done events, learning expeditions, brand launches and tours for Mars Chocolate, Yahoo!, Google, YPO, Oracle and more.

Some of the cool people I have had a chance to meet while in Korea! 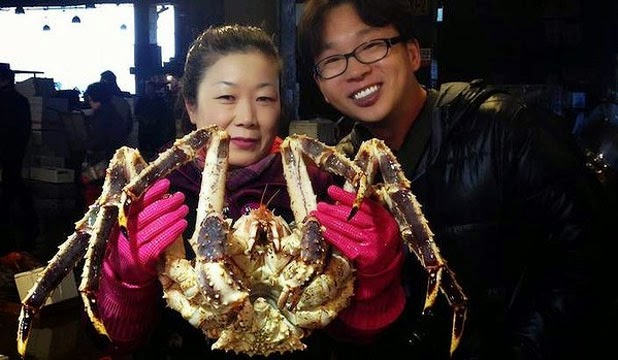 You can't eat all day," says Daniel Gray, leading me into the toy department of the Alpha stationery store in Seoul's Namdaemun market area.
"This is a little cultural excursion."
I've spent the morning following the food blogger around a fish market. I've eaten oysters and crab and sashimi with him for lunch. Read More 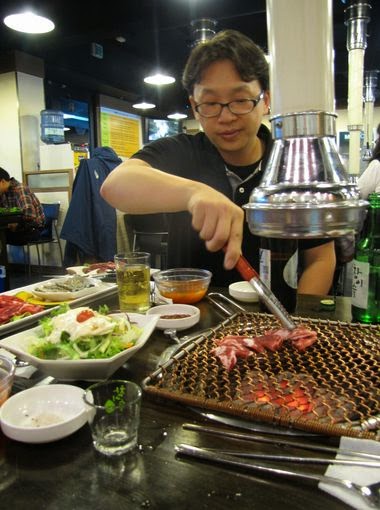 They've hooked up with Daniel Gray of O'ngo Food Tours for a whirlwind evening at a trio of Gangnam restaurants. It begins at Seoyeon, a six-table noodle shop famous for its handmade pork dumplings. Next stop is Bon Barbecue, where tables have grills and individual exhaust fans. Then it's on to a Kkanbu Chicken for Korean fried chicken, though this KFC — extra crispy outside and super-moist inside — bears little resemblance to KFC franchise fare.
They wash down the food with Korean beer, soju (a distilled vodka-like rice drink) andmakgeolli, or "farmer's liquor." Like many a night out in Seoul, it ends at a noraebang, a private karaoke room. Read More 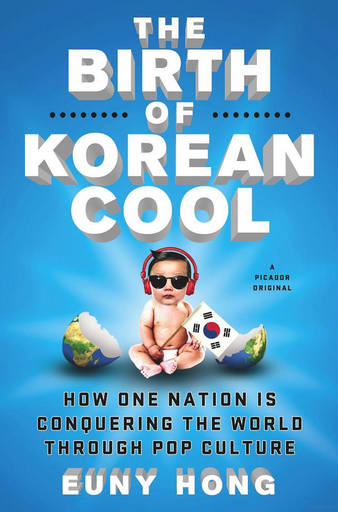 The Birth of Korean Cool by Euny Hong (August 2014)

Daniel was the fixer, so he helped set up interviews for Euny Hong's Book. She was kind enough to include my story in the book. 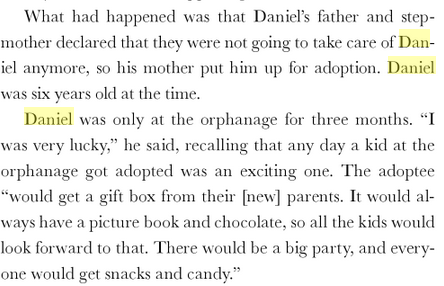 There are much more press that I should add to this. I'll work on it later. If you are interested in asking me for consulting, video production, or food consulting tours of Korea, feel free to contact me. 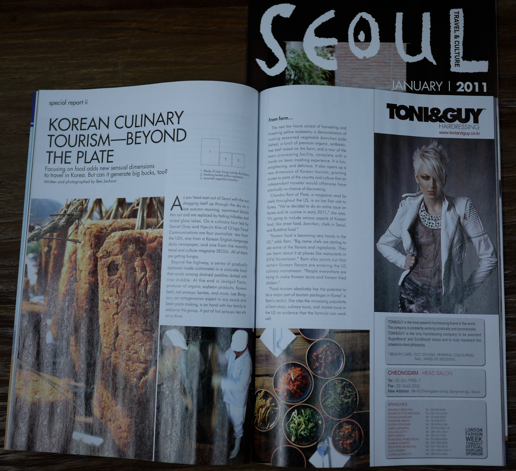 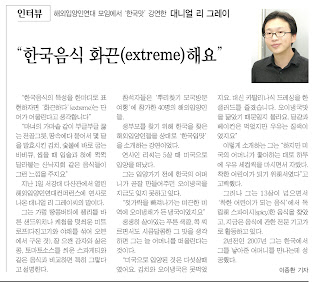 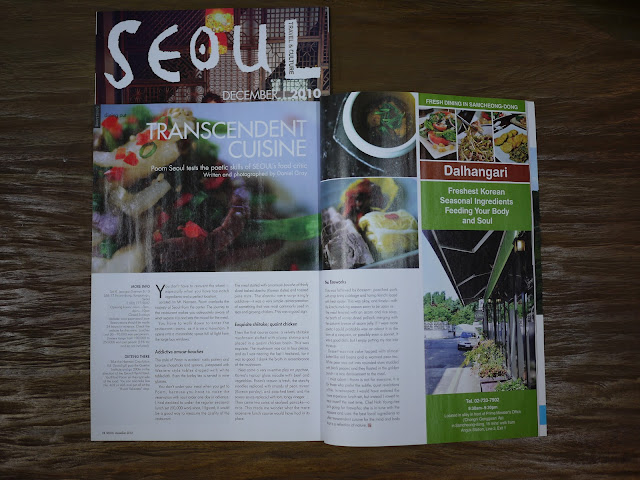 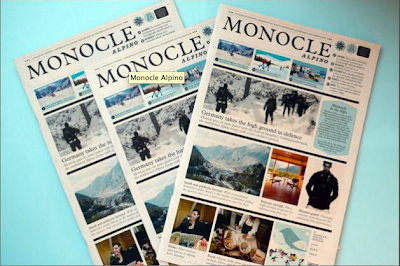 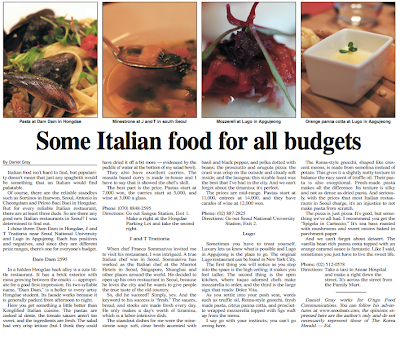 Korea Herald March 20th, 2010: Some Italian Food for all Budgets 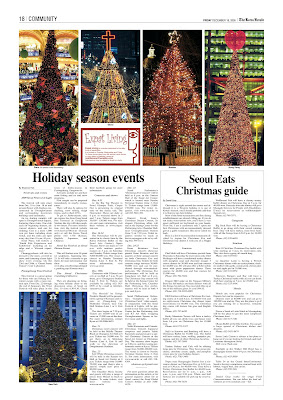 Michelle Min is a designer and photographer that works with Daniel Gray at O'ngo Food Communications. She is food obsessed (her favorite food is Kanjang Gaejang: Soy Marinated Blue Crab). You can see her work at www.ongofood.com and www.touchtastedesign.com.
You can e-mail her here: Michelle Min
Lindsey Huster is a writer who usually hails from Chicago. She enjoys listening to music,wearing cardigans and generally anything vegetarian. Send her an e-mail here: Lindsey Huster
Joel Park originally hails from Seattle. He is a world traveler, but the taste of Korea keeps bringing him back. You can contact Joel here:  Joel Park.
Karika Huszar is a writer and photographer that is currently studying in Korea for 4 months. You can follow her adventures at http://helloklara.wordpress.com.
You can e-mail her here: Karika Huszar