It was a hit and a miss

This is kinda how I feel today T.T 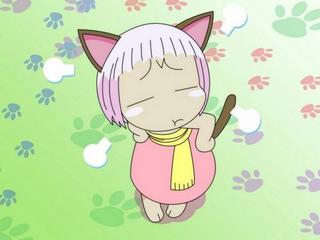 The Abbott and Costello bit was a hit and a miss. It was a single to the right field in the first class-Baek Hap, a Homerun in the second class-Guk Hwa, and a strikeout in third 6th grade class-Na Ri. It really sucked because the Na Ri class were all little bastards about it the whole time. They were utterly despondent and smart alecky. I had a couple bite in the class and they thought the exercise was worthwhile, but overall it was a bomb. I need to put my foot down the next time I see them, or I will have nothing to look forward to but dread...

The smart aleck who likes to heckle needs to be put in his place.

The third grade class was fine. I did a couple of phonics exercises at first:

Then I did ordinal numbers and did spelling baseball. Which was, first of all an idea of David's (thanks David): I split the groups into three teams. I told each group they would have to spell a word. I reviewed ordinal numbers in the beginning, so I got the students to spell them. The first person, if they got it right would get a man on first base. Then another person would go and if they got it right they would go to second base and so on and so forth. If a team got the word wrong, then their team would get an out. If they got three outs, it became the next teams turn.

This was effective and fun for the third graders. I think I'm going to do the same for the forth. I will add some more vocabular for the fourth grade and possibly a picture presentation. I had an idea that I would teach them the, "Take Me Out to the Ballgame" song, but hell if I know how to sing.

I'm feeling a bit run down. I need to make a new lesson plan for my fifth graders unless, I want to take a chance in the Abbott and Costello bit on Friday. I think I can get it to work if I read for Costello and they read for Abbott. It could work, right?