6th 백합 and strange customs around the world 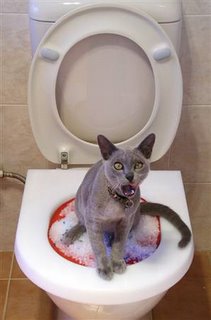 Although not enthusiastic, they sure make through the motions like an actual class. It was kinda endearing.

So I'm doing strange cultural customs around the world. Here are excerpts from a cool essay I found on the net.

In Indonesia it is considered extremely rude to point with the forefinger. It is especially rude if the pointing is towards a person. When pointing the Indonesian uses his thumb.

It is a common sight in Indonesian to see people with a very long fingernail on one or the other finger of the left hand. The purpose of this is related to the fact that public toilets are extremely rare and often non-existent making it necessary to use whatever facility is available. As a consequence toilet paper is equally rare – thus the long fingernail.

In Thailand it is a grave insult to walk into a person’s house with shoes on. Shoes are discarded at the front door. Not a silly idea really for one leaves all the litter of the streets outside where it belongs.

Also in Thailand it is considered rude to cross your legs in company and to point your toes at another person. The feet, as the lowest part of the body, are given the lowest esteem and pointing a toe is demeaning to the person at whom the foot is pointed.

Equally, the head is the most important part of the body and should never be touched by another. Children in most Western countries are familiar with being patted on the head and consider it a compliment. In Thailand it is an insult of the highest order.

In Thailand and some other Asian countries, when two people meet it is the practice to hold the two hands together in a prayer position. It is called a whai (pro: why) in Thailand and takes the place of the Western handshake. Once again this is a much more hygienic greeting as there is no body contact. How high the hands are raised is an indication of the importance of the person to whom the whai is made. The most common whai between two equals is with the tip of the fingers at nose level. When a person of a lower status meets a person of a higher status the former raises the hands to forehead height and the latter to chest height. A whai is a very convenient way of acknowledging a friend in a crowded room where personal contact is difficult. It seems so much more dignified and sincere to greet with a whai rather than a wave.