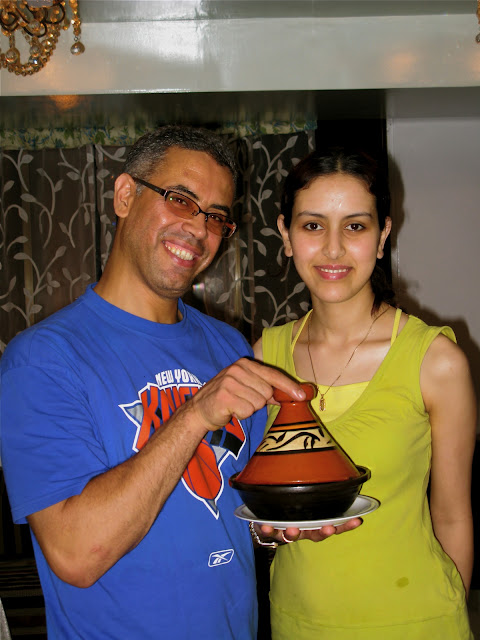 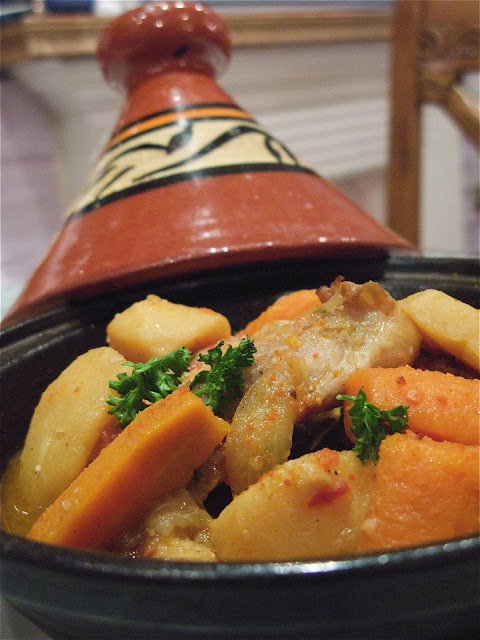 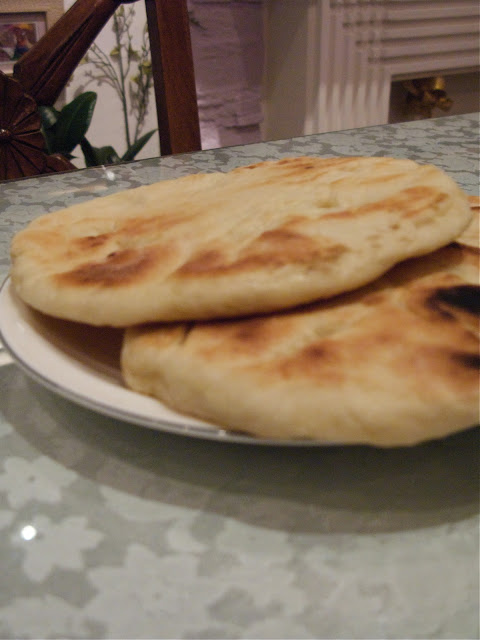 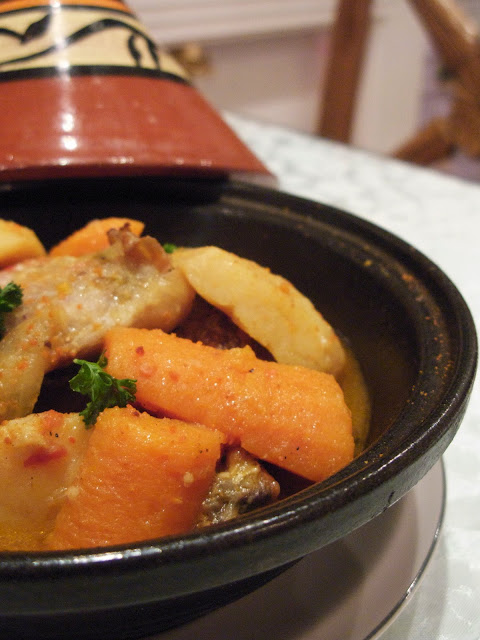 Off the Beaten Path: La Vie
by Dan Gray

Last night I was invited by Abellah and his wife Zineb to their restaurant in Itaewon. Apparently, they had been following what I have been doing on my weblog and in Groove Magazine. Since I am always happy to try a new restaurant, so I gladly accepted. Their restaurant easy to find. It is one building down from the Wolfhound, on the second the floor.

It's a very homey place with Moroccan flair. They have chandeliers hanging from the ceiling, there is a room filled with Moroccan cushioned benches and ottomans. On the opposite side of the restaurant are private booths, each with their own television.

It's not the most lavish of places, but Abellah and Zineb made me feel right at home. Abellah is a long term resident of Seoul. He used to own the Casablanca PC Bang in the same location. He speaks Korean and English exceptionally well. While Abellah told me about Morocco, his wife went into the kitchen and prepared our meal.

I had the Chicken Tagine with fluffy homemade bread. The tagine's broth was rich in flavor with a bit of spice, lemon, and parsley. Abellah filled me in on how to make Tagine. He said to make it, you first sauteed the chicken in oil and then you add the onions, peppers, and spices. Then you add more broth and top with vegetables such as carrots, potatoes, cauliflower, olives, etc. Then you cover and slowly simmer and let the steam cook the dish for 1 to 2 hours. Of course, we didn't have to wait that long these days because of the pressure cooker.

Oh, and let's not forget about the bread, because you could have a great tagine, but awful bread. This bread was fluffy and it was great for sopping up the delicious tagine juices.

Abellah recommended that I try their hummous, homemade yogurt, and couscous next time. I think I will.

La Vie Restaurant
Directions: Go out Itaewon Station exit 4 and go down the road across from the Hamilton Hotel. Make the first right. It is the building next to the Wolfhound on the 2nd floor. 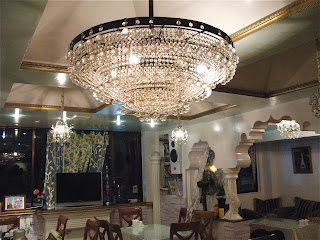 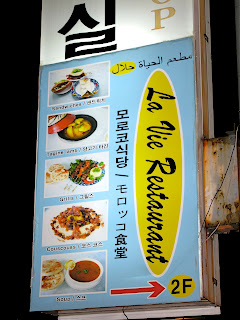