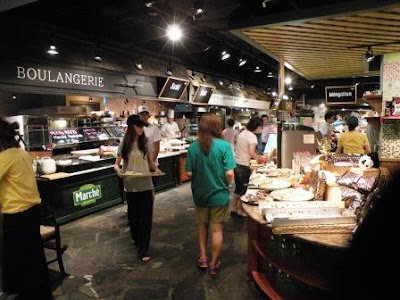 Buffets in Seoul
by Bryan Fox

Aristotle preached that virtue was to be found in the mean, and in moderation. But this month we’ll be taking advice from a different Greek figure, Dionysius, and indulging in the delightful excesses of the city’s burgeoning ‘Viking’ buffet culture. Five years ago, ‘all-you-can-eat’ in Korea was limited to kimchi plates thrown alongside your main course. Not anymore. The city now boasts dozens of buffet restaurants, some specializing in seafood, and many in varied Western cuisines. So roll up your sleeves, loosen your belts, and get ready to chow down – here follows a tour of Seoul’s finest ‘open dining’ experiences… 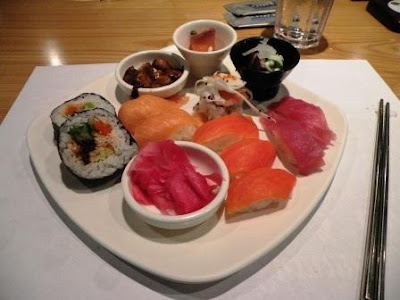 Todai
Todai’s theme seems to be variety. The international franchise, in the COEX Mall, bills itself as a seafood buffet, and the sushi/sashimi bar is a main attraction. Pick up a pair of chopsticks at the beginning of the line and select from dozens of fresh rolls, wraps, and sashimi. But raw fish is not the only thing worth eating here. Todai also offers a full noodle bar, a soup bar, a pasta bar, a Chinese dumpling bar, an okonomiyaki bar, and a hot foods bar offering both Asian and Western fare. If you took one piece of each item on offer, it would probably take you 3 meals to try. You’ll have to be selective if you want to make it through with room for the fabulous dessert bar, where two dozen varieties of cake, pie, and cookie are sure to send your sweet tooth into a Pavlovian frenzy. Todai’s food is fresh, and, on the whole, of good quality, though it’s wise to stay away from the pizza and the meager, misplaced Indian offerings – looking for chicken in the chicken curry is akin to fishing in the Han – not much there, and you won’t want to eat what you find anyway. 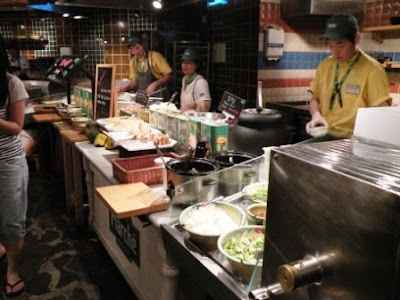 Marche
Also in COEX is Marche – it’s the restaurant you pass on your right when you enter the mall, probably without a sidewards glance. Ignore the prices displayed at the various stations around the buffet area, and buy an ‘all-you-can’ ticket with the cashier at the front of the restaurant. In décor and cuisine, Marche attempts to have a decidedly European flair. There are sushi and sashimi available, but the bars aren’t well-stocked and your best options lie elsewhere. There is an udon bar with all the accouterments, and a bunch of salad options – chickpea, roasted eggplant and tomato, for starters – not seen elsewhere in the city. The small plates of tteokbokki were good and surprisingly gnocchi-like, perhaps because they were displayed alongside warm blanched tomatoes served with melted mozzarella. Not a haven for Atkins dieters, much of Marche’s allure is 'carbalicious' – from the fresh tempura bar to the pasta bar, to several styles of tasty potato dishes, including rosti, (a German word for ‘damn that’s tasty’), a hash brown-like nest of crispy fried goodness worth the wait – only a few can be made at a time, and they take a bit to cook up. Marche also boasts a fresh juice bar, and perhaps the best dessert bar of the restaurants reviewed here – a dozen different delights, including cakes like German chocolate, fruit, and orange chiffon, along with éclairs, a premium ice cream bar, and brownies with hot fudge (can I just pay man won and eat my fill of those? Just wondering). There is also a fruit selection, but why go to nature when man has done so much better? 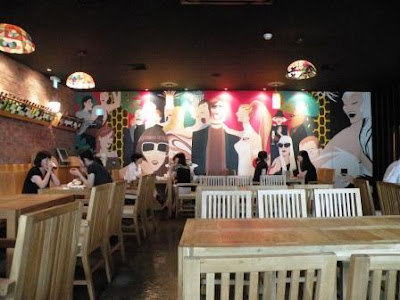 Salad Dude
Salad Dude is in an odd part of town for a buffet – at the end of the main shopping drag in trendy Sinsa-dong. It is a welcome green oasis in a desert of overpriced, misguided Korean attempts at French and Italian fare. The lunch buffet offers a modest selection, but here quality definitely reigns over her ugly stepsister: quantity, as most of the items on offer are worth trying. The majority of the salads are delicious - the smoked salmon salad has almost too much fish, the chicken cutlet spinach salad featured succulent white meat still warm from the fryer, and the chicken Caesar salad is better than most a la carte offerings of the dish. There is even an open cheese platter featuring half a dozen different cheeses, or about half a dozen more than the average Korean supermarket. In addition, the hot food offering, though not that varied, featured several winners. Basil grilled chicken, mushrooms au jus, and a mixed nasi goreng were among the highlights. Dessert, for better or worse, is something of an afterthought - a few trays of fruit, and a waffle/french toast bar that seemed a big hit among the local housewives tired at the end of the long shopping gauntlet. However, there was a remarkably tasty green tea ice cream, and after you've stuffed yourself this heartily, that seemed sufficient... 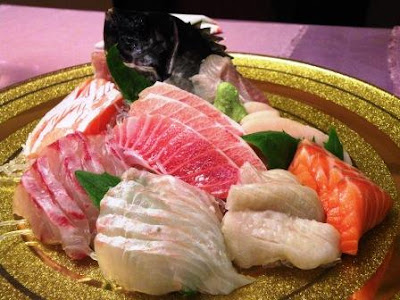 Palms Palms
It may not be in a commonly-traversed part of town, but Palms Palms, near Nambu Bus Terminal, is a distinctly more Korean buffet option with a focus on fish. Dishes from various parts of the world are available, but there is a distinct emphasis on fresh Asian fare. The focus is definitely the sushi and sashimi bar, which occupies the entire back wall of the buffet area. Half a dozen iron chefs in perpetual motion, preparing rolls and slicing fresh sashimi, fight against the relentless tide of hungry diner's chopsticks, but, while you might have to wait a minute or two for the fish you want to be replaced, there's no doubt it'll be fresh when it arrives. King crab legs are stacked tantalizingly high and giant clams sit open and inviting, and there are nods to Western-style fish dishes as well, such as thick salmon steaks with honey mustard sauce. 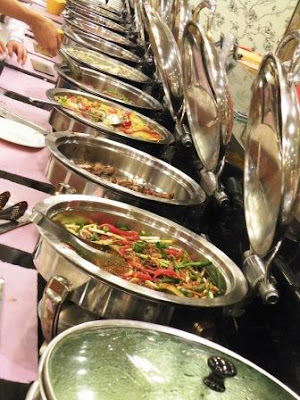 Palms Palms
It's not all fish fare, though. There is a shabu shabu station and a salad bar large enough to merit the "Wellbeing Buffet" tag attached to the restaurant's proper name. Several varieties of soup and juk are on offer, including an excellent pumpkin porridge, and a stellar Chinese-style crab soup. Lamentably, the dessert offerings are unimpressive - a small selection of fruit and a few varieties of cakes, muffins, and glutinous rice treats. But there is a bubbling three-tiered chocolate fondue fountain, in which you can act out your wildest Augustus Gloop fantasy without fear of reprisal (the phrase "no double dipping" must not exist in Hangeul, if the chocolate-covered children around the fountain are any indication). 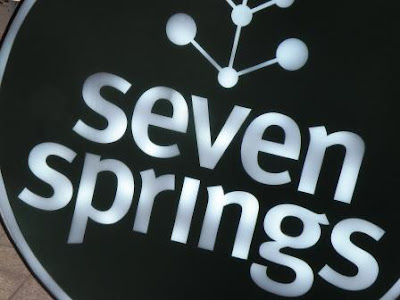 Finally, the fresh food franchise: Seven Springs, is worth a mention. There are locations all over town, with the proud motto “We Love Green!” backed up by a wide verdant selection including smoked salmon salad, grilled vegetables hot and cold, and a ‘build your own’ salad bar sure to be a welcome oasis for vegetarians in this carnivorous city. Specialty items like sweet corn on the cob, yams baked with melted cheese (yes, please), and a unique tapas bar coexist peacefully alongside a fresh bibimbap bar, and a modest hot foods selection. There are definitely some odd touches – why are the chicken quesadillas dripped lightly with maple syrup? - but don’t let that bother you. The dessert offering isn’t huge, but what’s there is tasty – a cheesecake and a good carrot cake, and soft chocolate chip cookies so fresh you may find yourself stuffing a few into your bag for later – hey, it’s a buffet, you’ve paid for it, right? 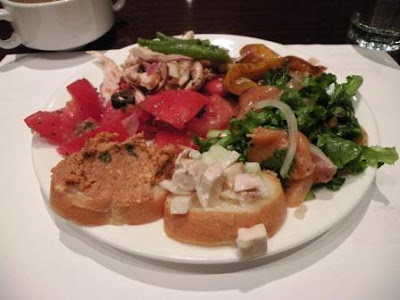