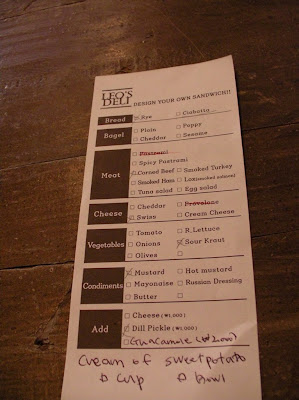 Leo's Deli is one of the newest additions to Gyeonidan Road and I think a wonderful one. I don't know how it's possible that the idea of a proper deli is considered a new concept, but it is in Seoul. At Leo's Deli, everything is modifiable and you will get a delicious sandwich that has good bread and good meat. 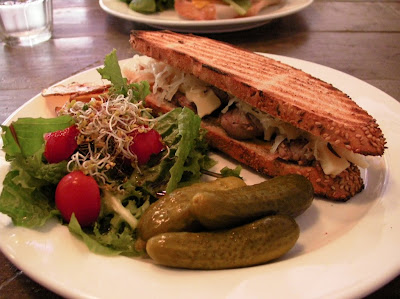 For 10,000 won you get a large sandwich filled with meat, pickles and a light salad. 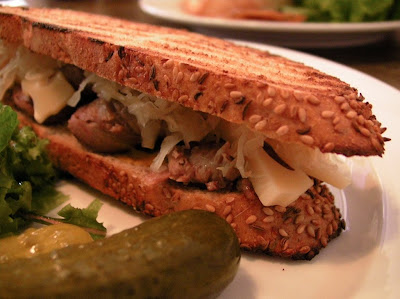 I loved the bread and it was toasted perfectly. 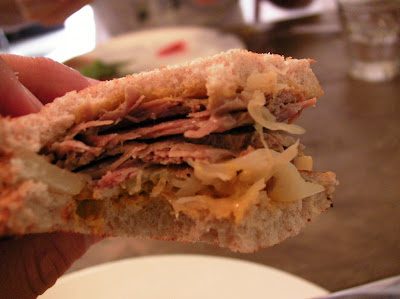 Look at the house-made corned beef, saurkraut and cheese. 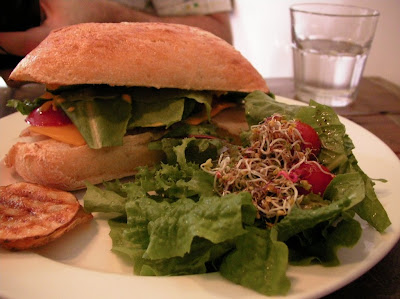 My friend had a turkey on cibatta with cheddar cheese. Oh, I forgot to mention that you get a few homemade potato chips on the plate as well. Yummy. 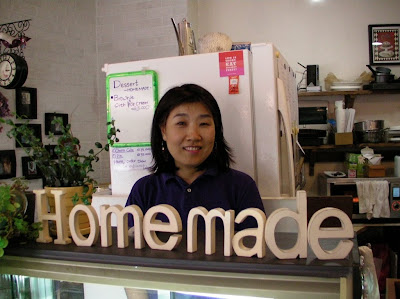 Lazy Sue isn't lazy. She trained in Japan in how to make desserts and she makes the desserts in her small kitchen daily. She's a very sweet person (pardon the pun) and a great conversationist. 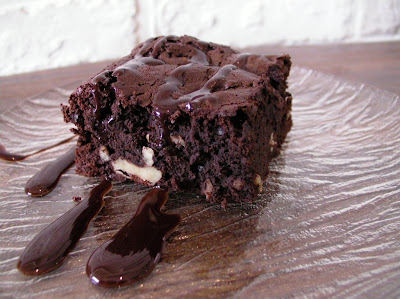 Here you have a walnut brownie. Oh, my goodness...so rich. 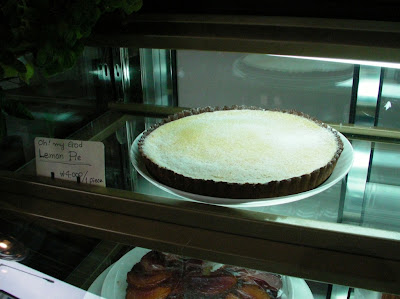 She usually has fresh pies and cakes on display. I try to taste as many as possible. Also, the coffee isn't too bad. It's a cute little cafe to go and have a piece of something sweet and a drink. Her cafe is located on the corner of Gyeonidan.

OH! and if you don't know where Gyeonidan is, just go out exit 2 of Noksopyeong Station and then go through the tunnel to get to the other side of the road. Make a left out of the underground tunnel and take the next right.