"Black Comedy," a play by Peter Shaffer, at Roofer's Bar in Itaewon

December 06, 2009
This is from Seoul Players. I'll be there to watch a performance today. 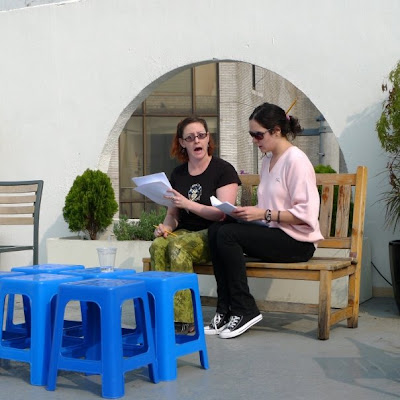 We would like to thank everyone who helped make our opening weekend of "Black Comedy" a great success. We still have eight more performances and would urge you to make your reservations soon.

"Black Comedy" is a farce written by Peter Shaffer, who is best known for his epic dramas "Equus" and "Amadeus". It takes place on the eve of two very important visits by future altering guests. However, when the lights go out, the evening quickly turns into a comedy of errors. With the arrival of unexpected guests, hilarity ensues and the evening continues to deteriorate.

Tickets are 15,000 won, payable in cash at the door, and Seoul Players recommends reserving in advance via email at blackcomedyseoul@yahoo.com.

Performances take place at Roofers in Itaewon. From Itaewon Station (Exit 3), walk straight and turn right after Dunkin’ Donuts. Roofers is located on the second floor, a 1-2 minute walk up the hill on the right, across from King Club.

We look forward to seeing you!
Seoul Players 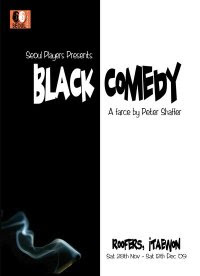