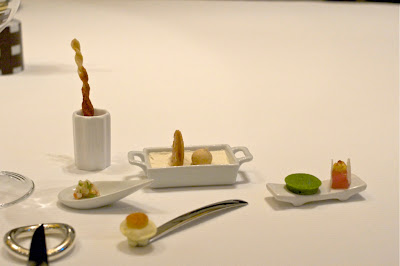 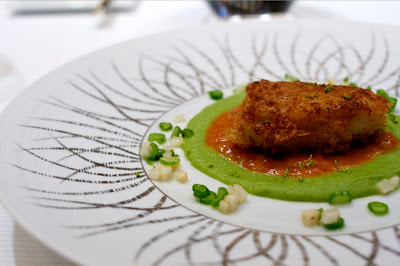 With all this talk about Korean food globalization, I feel we forgot to consult those who would know best.
The international chefs in Seoul are the ones that will take Korean food to the world. They will use Korean ingredients and techniques in their overseas restaurants and they will tell other chefs about the intricacies of Korean cuisine.
Located on top of the Lotte Hotel in Myeongdong is Pierre Gagnaire a Seoul. Years ago, Pierre Gagnaire took French cuisine to the world stage. He inspired and influenced countless chefs and restaurants. He is an artist that doesn't compromise quality or his vision.

Eating at Pierre Gagnaire à Séoul is a once in a lifetime experience .

The restaurant hallways wind around like the labyrinth in the gardens of Versailles. The chandeliers look like magical angelic horns, which is fitting for each chandelier cost $50,000. And there are private rooms like the hypnotic "Albert Camus," the classic "Victor Hugo," the artistic "Guy de Maupassant," and the dignified "Stendhal."

The dinner started in French fashion with a glass of champagne. The wines were included in the dinner course, so there was no fuss over choosing the wine.

My meal started with five mini "amuse-bouche toys" that included a tiny naan bread topped with curry powder; two parmesan crisps whose nutty, savory flavor will leave you in shock; and a teardrop shaped plate with fine cerviche.
This pre-course was followed by the first course: a foie gras mousse with an ice cream made of peppers and rice; white tuna lacquered with a honey soy sauce and in a celery sauce, and a veloute made from red onions. The silky veloute had small onions stuffed with Spanish ham and Emmental cheese.

The magic of French food is how they deconstruct a meal and then concentrate on individual flavors. Although I already had eight dishes, each dish left a flavor and texture impression that chimed in my mind. It was a good thing that these dishes were small, for larger portions would have been flavor overload. None of the flavors were too intense.
The next course was our salad course, which had fresh crab stuffed with plum, zucchini, and French herbs topped with a cream lemon sauce. The texture of the crab melded with the spark of plum and the mellow green of the lettuce, zucchini, dill, and basil.

This was followed by a fish course, which was a crusted Jeju Red Snapper in a sauce made from peas. It was an amazing sensation to feel the fork shatter the crust and slide into the luscious flesh of this prized Jeju fish. The lightly flavored green sauce accented the fish without overpowering it.

And if your expectations had not yet been reached, then came the main course. It was a filet of hanwoo beef so fine that the cow must have been royalty. This filet sat on a throne of couscous and was surrounded by seafood. To the right came Carpaccio made with clam and served on a perforated plate that exhaled dry ice. To the left was a mousseline made from eggplant and dotted with an elusive green sauce.

Although, we were eating French cuisine, there was definitely an Indian influence. The couscous had a hint of garam masala and the eggplant moussline was vaguely reminiscent of baba ghanoush -- yet finer. This is the magic of Pierre Gagnaire. He can take many world influences and meld them into one.

Not to be outdone were the desserts. They came as a trinity: Camembert buerre, guava granita, and a chocolate foam cake. The desserts had textures and textures that were unexpected. The guava granita had the crisp, clean taste of cucumber along with the tropical citrus of lime and guava. The Camembert buerre had a smooth savory note and the chocolate cake, although it sat in a rich caramel sauce had the accentuating note of salt in the foam.

A meal here is not a meal; it is a life affirming experience; it's culture; it's education. By eating at this restaurant you can understand how a world-traveling artist can unite cultures.

And let us not forget that Gagnaire has put the spotlight on Seoul. His restaurant moves Seoul into the culinary top tier. He is also taking Korea to the world by using Korean ingredients such as hanwoo, omija, and black garlic in his other restaurants. 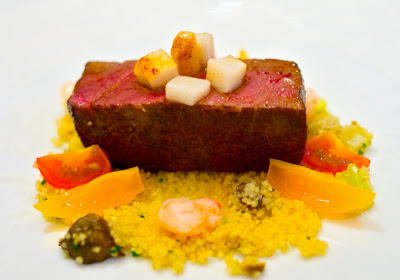 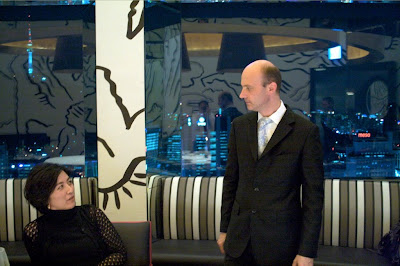 The Captain and guest 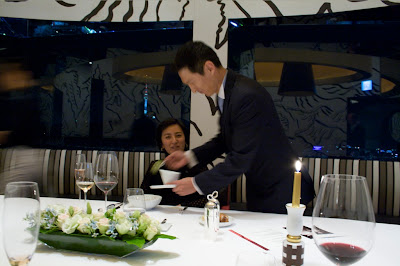 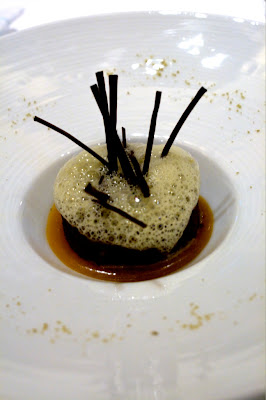 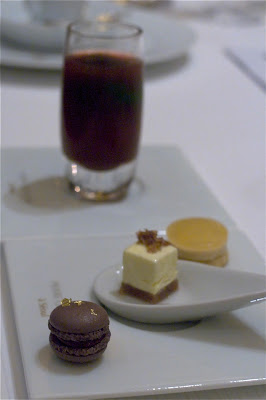 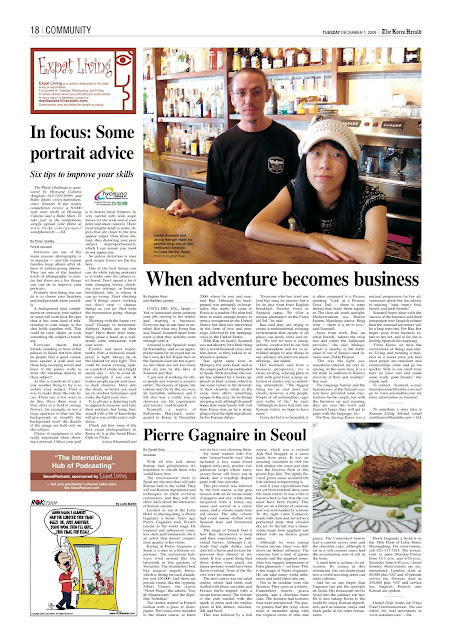