Koreans take their beef broth seriously, and nowhere is this more evident than at Hadonggwan, a restaurant that specializes in it. Take, for instance, the owner. The fourth of nine children, she missed out on her younger siblings' marriages and her only daughter's graduation to keep constant watch over the slowly simmering soup. Or consider the case of former president Park Chung Hee, who, craving the rich broth, had it flown from the restaurant to where he was then traveling: Jejudo.

To be honest, I don't know if it's really thaaat great, but it is pretty damn good. "It" is gomtang (Gom 곰 means bear, but it comes from "고은다" which means Korean slowly simmer for a long time.) to be precise, a broth made from simmering beef bones, brisket, and intestines for hours. It's the ultimate comfort food for Koreans. In fact, my last meal request would probably be some form of beef broth with rice. Maybe some spam, too.

Anyway, Hadonggwan is 'the' place for gomtang. The menu consists of regular gomtang (botong), special gomtang (teuk, like 'tsk' without the s), and suyuk, boiled slices of beef. Regular at 10,000 won should have just brisket; the special at 12,000 won has brisket plus tripe. I think they have some kind of an In-N-Out style secret menu where you can get more, but I'm not sure. I only had it once, don't know if they still have it. The suyuk is too expensive for me, so I dunno. The restaurant isn't the sit-down-and-chat type. You order and pay as soon as you walk in, find a seat, and the food comes fairly quickly. 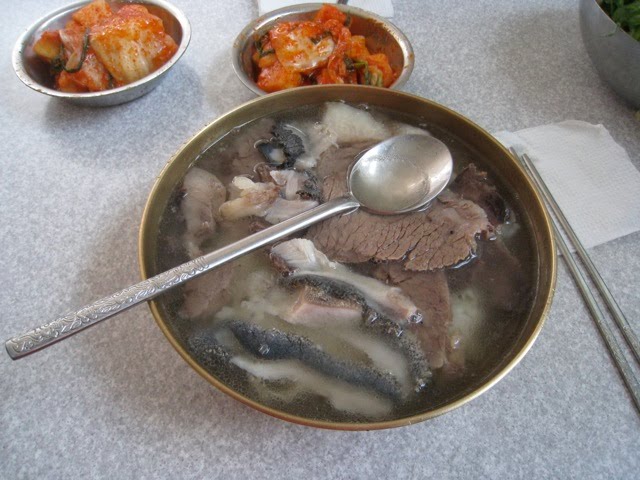 You can add green onions, salt, and/or kkakdugi (radish kimchi) juice, and that's about it. I prefer it without the kkakdugi juice. The broth is just delicious. It's a bowl of beefy umami goodness. If you like seollungtang or galbitang, you'll like it. But you have to go fairly early. They make a new batch each day and if they run out they close the doors. That usually happens around 4pm. I believe the official hours are from 7am to 4:30pm, but like I said, if they run out, they run out. They say that they have never had any left over in sixty years- so...they will close early. You may have to wait in line during lunchtime. They are closed on the first and third Sundays. 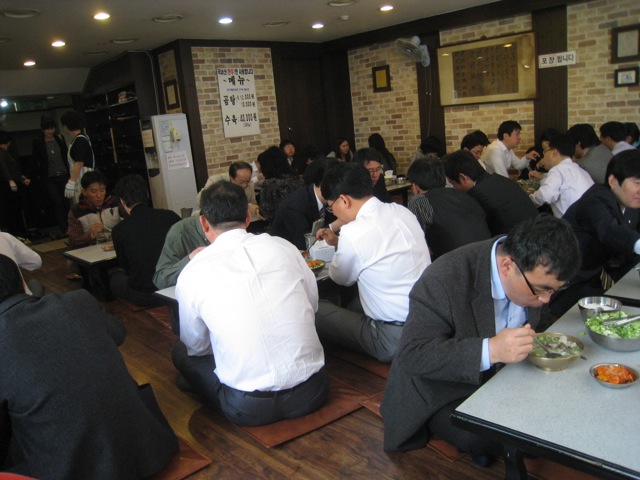 Myeongdong 1ga, 10-4, probably best to ask someone nearby for directions. It's near the cathedral, by where the main shopping area starts, in an alley the opposite side from the cathedral.
02-776-5656
02-776-6565
I highly doubt English is spoken, old people in the vicinity should be able to point to it :)

Sent from my iPad 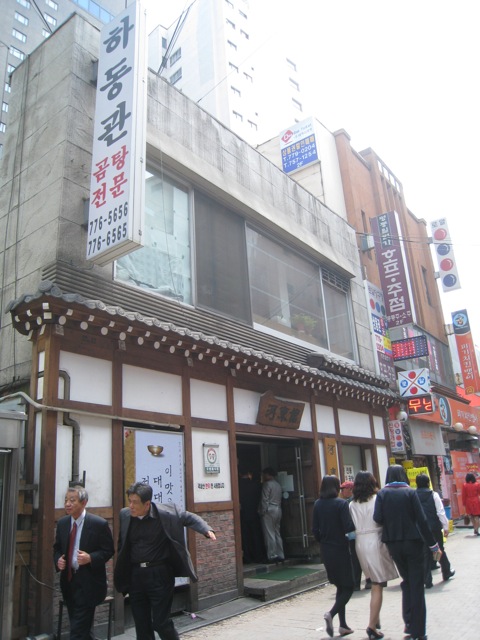 Joel originally hails from Seattle. He is a world traveler, but the taste of Korea keeps bringing him back. You can contact Joel at thisisjoelpark at gmail dot com or leave a comment after this post.