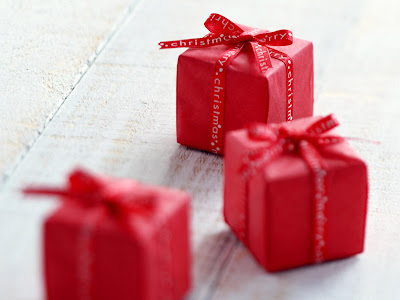 You can't just eat all the time, right? I wanted to let you know about some events in Seoul. Some have to do with food and wine. It's a great way to get to meet other foodies in the community.


Seoul Players will be presenting Wintertime by Charles Mee at Roofers in Itaewon from November 26th to December 12th. They always do a great production, so I am definitely looking forward to it.

My friend Benjamin Joineau of Le Saint-Ex in Itaewon will be celebrating his 10 year reunion. He is the person that started the whole Itaewon restaurant trend and I'm glad to hear he has been successful. He is having his anniversary party on December 1st and there will be cooking classes and cheese (mmmm...cheese) tastings this month as well. Click Read More, See More to see the complete details.

Another French friend, Thomas Scheidt from World Vine will be having their Harvest celebration on Saturday, November 27th.

Finally, my culinary school, O'ngo Food Communications will be having a "Cookies for Charity Cooking Class" and a Toys for Tots Collection for disadvantaged Korean kids.


Le Saint-Ex 10th Anniversary Program
December 1st: Anniversary Party "Korean Oysters meet French Wines". The exceptional oysters "Osolé" raised according to French methods of oyster farming meet white wines from France. Wine tasting, cooked oysters tasting and buffet. From 8 p.m., entrance fee: 25 000 won. Reservation needed!
From 1st till 7th December: "Osolé" oysters will be honoured in our set menu along with a promotion of the Bordeaux white wine served in the French Prime Minister’s Residence, Matignon. Also highlighted will be a Muscadet sur Lie, and an incredible bargain on Bourgogne Aligoté : buy one bottle, and receive another one free!
December 8th: Cooking class "Healthy Gourmet: French cooking with Korean organic products " in association with the green food group Pulmuone and Japanese specialist of macrobiotics Iwasaki Yuka. Class from 10 a.m. to noon, tasting: noon to 1:30 pm, class + tasting: 22 000 won. Reservation needed! The dishes presented on that day will be featured for a week on the set menu. And as a gift, for each set menu ordered at dinner time, the outstanding Korean sea surface salt (“fleur de sel”) from Pulmuone will be given (one bottle per table).
December 15th: "Cheese tasting" discovering of some French cheeses with a wine pairing by Arnaud Abadi from Terroir Selection. From 9 p.m., entrance fee: 20 000 won (wine + cheese). Reservation needed! From 15th till 21st December, French cheese will be the honoured guest of our set menu, and of course a promotion will be organized around French wines matching cheese: Corbieres, Bourgogne Pinot noir, Bourgueil. A lucky draw will be held: for every bottle of these 3 wines you purchase during this week, you will be given a chance to participate in the lucky draw!
From 22nd till 31st December: a plate "All about the duck ": rillettes, foie gras, smoked breast, the duck will be the special guest of the party. Accompanied with a promotion around the sweet Jurançon wine, you will find the foie gras exceptional in the set menus!
And we will not forget our usual appointments of December: the Christmas market in Sorae Maeul, and of course our special menus for Christmas and New Year's Eve.
This calendar can change, please check out the updates of these events on our Web site www.lesaintex.kr or our Facebook page: Saint-Ex French Bistro (www.facebook.com): if you subscribe to it, you will be automatically informed of all our activities! For the fixed events, thank you for reserving in advance by calling us to 02-795-2465 or by email benjaminjoinau@hotmail.com (please, be sure to receive a confirmation).
2010 HARVEST CELEBRATION
AT THE WORLD VINE
TThe World Vine has been established since almost six months already and getting close to the end of the year, we don't want to miss the opportunity to celebrate this year Harvest with you. We are very pleased to invite you for 2010 Harvest Celebration and Beaujolais “Nouveau” déblocage* Party. Beaujolais Villages “Nouveau” will be served in Magnum size for the first time in Korea!!!
*déblocage = when the Beaujolais Nouveau is released and can be sold all over the world
Date Venue
RSVP
Dress Code
Mr. Ju Hong Myung
November 27th, 2010 from 5:00 to 10:00 PM The World Vine
142-43, Samsung Financial Plaza 1F, Samsung-dong Gangnam-gu, Seoul Before November 22nd, 2010
handol@paris.co.kr
02 538 8382 Smart Casual
Christmas Cookies for Charity Cooking Class
Make a variety of Christmas Cookies at the O’ngo Culinary School for charity. After making the cookies, we will package them so you can share them with friends and family. The profits will go help the Gyeonggido Children’s Halfway House.  December 11th, 2010 at O’ngo Culinary School in Insadong at 4pm. 50,000 won per person. Contact ongo@ongofood.com. 02-3446-1607. www.ongofood.com
Toys for Tots Collection for Disadvantaged Korean Children
This Christmas make a donation to help disadvantaged kids in Korea by donating toys, food, clothes and other essentials to disadvantaged children in Korea and help spread the Christmas Cheer. The gifts will go to the Gyeonggido Children’s Halfway House and the Gokseong project that supports underprivileged bi-racial children living in the countryside. Donations can be brought to O’ngo Culinary School before 6pm on December 17th. Contact us if you would like to make a monetary donation. Contact ongo@ongofood.com 02-3446-1607 www.ongofood.com
Thai Cooking Class
December 4th, 2010 at 10am
Take a Thai cooking class at O’ngo Culinary School with a Thai Chef. Learn to make a variety of Thai dishes and the techniques to make them on your own. The chef will also let you know where you can get the ingredients in Korea. 55,000 won. Contact ongo@ongofood.com 02-3446-1607 www.ongofood.com

Seoul Players will once again be presenting its Winter main stage production!

Just in time for this year's holiday season, you can treat yourself to
a romantic comedy set around the New Year. In Wintertime, written by
Charles Mee, you'll meet Ariel and Jonathan, along with Maria,
Francois and Frank, and a slew of other fantastically funny characters
to discuss love, its expectations and its complications.

Wintertime begins November 26 and will run Fridays, Saturdays and
Sundays until December 12, 2010 at Roofers in Itaewon.

**Due to some of the content in the show, we recommend a viewing
audience of 15 years of age or older. There will be some nudity during
the performance.**

To find Roofers, take exit 3 from Itaewon Station and walk to the end
of the block (just past Dunkin Donuts). Turn right and walk 1 block
and a half up the hill. On your right, you will see Roofers on the 2nd
floor (across from the foreign food market).

Also,  We are in need of 2-3 volunteers per performance of Wintertime.
The time commitment is minimal (arrive 2 hours prior to curtain) and
you get to see the show for free! Please email seoulplayers@gmail.com
if you are interested!

See you at the show!