A Weekend of Good Eats 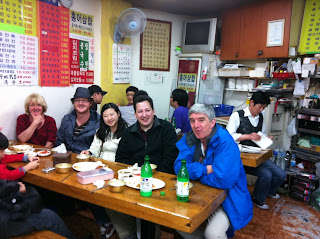 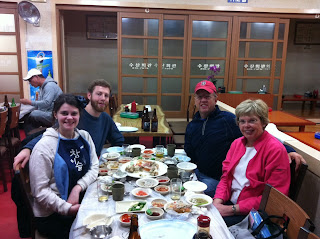 It was a good food weekend. Despite the rain, we had several food tours and I think everyone had a great time. Yesterday morning, I got to take a family to the Noryrangjin Fish Market and we ate the ocean's worth of fish. We even got a steamed king crab and mixed the top shell that had the delicious juices of the crab with rice and ate that. The family said it was a delicacy they never had before. Of course, we did raw fish, abalone, live octopus and finished the meal with some fish soup. It was great to meet the Knight family. 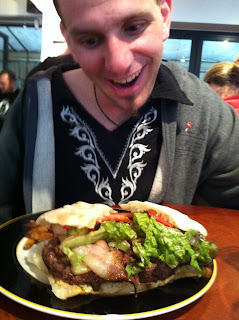 After the fish tour I went to see the play Suicides in Vegas. Great play with incredible actors. It was a very well written play that was well paced, humorous and compelling. The play will be touring the Canadian Fringe Festival. I recommend you check it out if you are there. Hopefully they will do another run of the play in Seoul.

For Sunday dinner, I went out with my friends Danya and James to Craftworks where we ordered some burgers with their famous beer. I started with their hoppy IPA and then had a pilsner. The burgers were quite good: well-seasoned and beefy. I got a side of their chipotle sauce for dipping and this sauce was smoky and spicy. It went great with the burger and I wish I had a few fries left to sop up the rest of the sauce.


Late Sunday Night, I was feeling a bit peckish- but more curious about Itaewon Charcoal BBQ Chicken. When I wrote the post, I noticed that the post was one of my most popular posts for about 2 weeks. Also, when I walked by the place, it seemed busier than usual. I gave them a call for some of their spicy sauce chicken (yangyeum chicken). 25 minutes later the owner of the place was at my door with the chicken and a 2 liter bottle of beer (cutely put into a water bottle). I asked him how he was doing and he said that he was much busier than before and many foreigners have been coming to the shop. 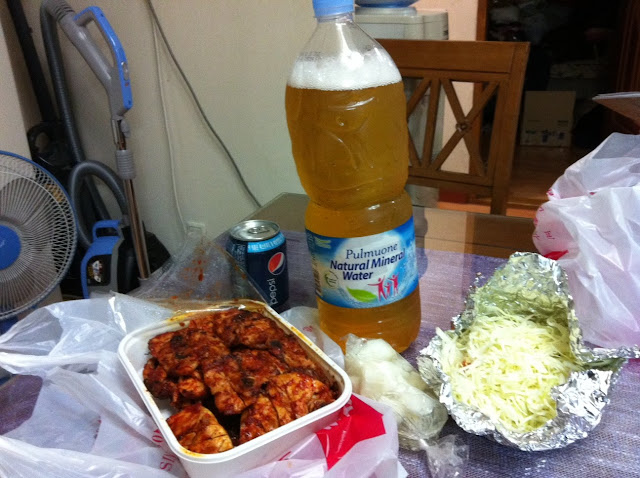