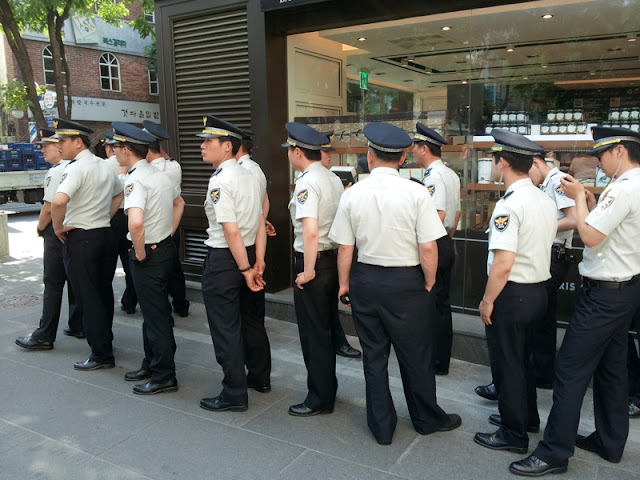 I know that there has been a lot of controversy about the removal of the street carts in Insadong. Last Wednesday was the official date that the carts were supposed to be off the street so the government sent in their police force to enforce their mandates.

Here you can see the pictures of the police lined up getting ready to meet the lines of carts that are trying to enter the street. 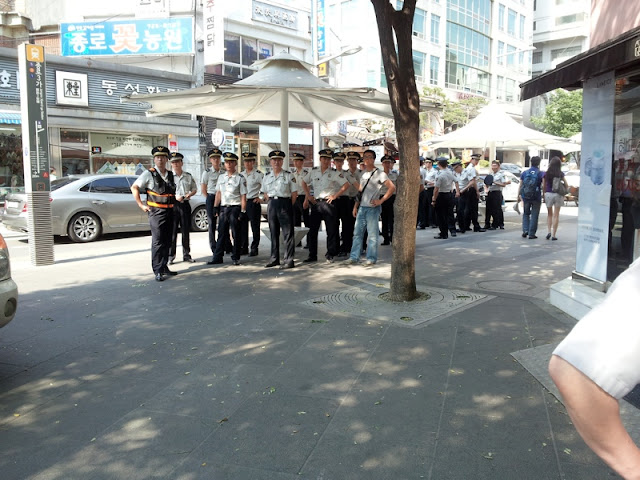 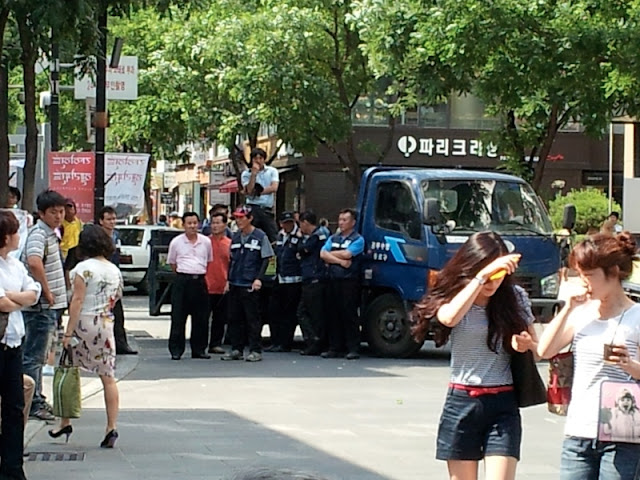 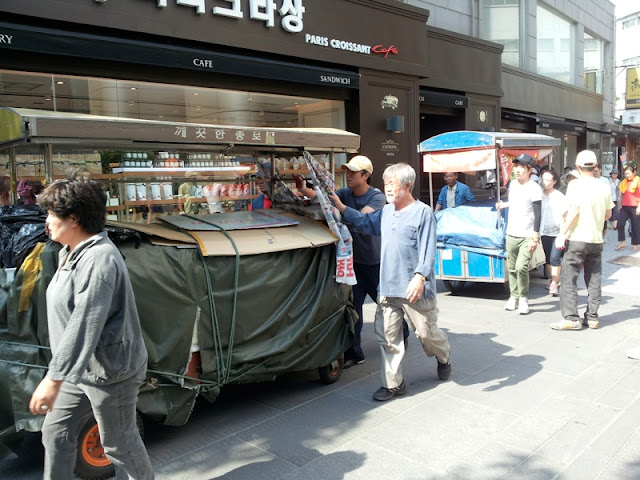 Here you can see the street carts trying to enter the street, but they were met with the police force and escorted off. There was a lot of yelling and cold looks from the police, but luckily no violence. 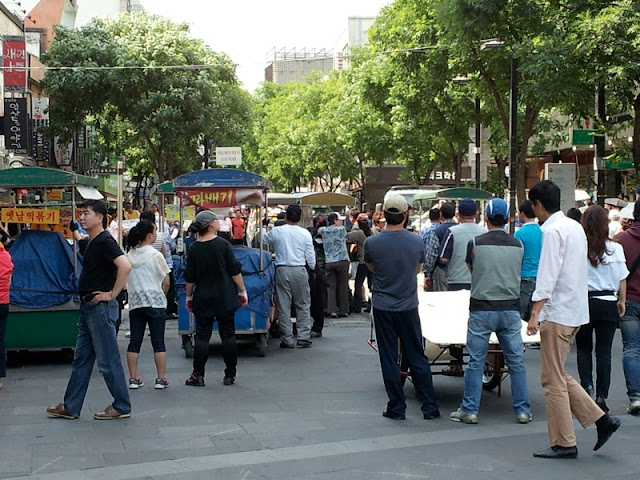 Insadong Street was free of the carts for about 1 day. As of this weekend many of the carts are back- although fewer than there was previously. A few have moved up the street from their previous location to closer to the center of the street.