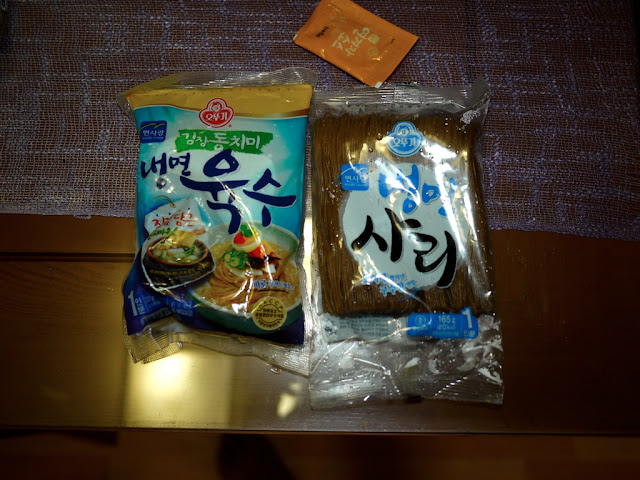 It's summer time, so I don't really want to cook. Actually, since I work all the time around food I almost never want to cook at home. That's why I was so happy to find a quick meal that was somewhat healthy that could easily be prepared at home. Ottoggi Naengmyeon can be found at most supermarkets and you get two packs for bag for about 4,500 won. To make one serving, you get a bag of buckwheat noodles, some turnip kimchi stock and some vinegared mustard.
It's easy enough to make. Boil the noodles for 40 seconds rinse and cool off and then pour in the chilled broth and season with mustard.
It literally took 1 minute. Ok, maybe 2.
And the taste?
Very good. I mean it would have been better with some slivered cucumbers and some pear and a hard boiled egg, but...my refrigerator doesn't have that sort of stuff.  Plain was just fine. 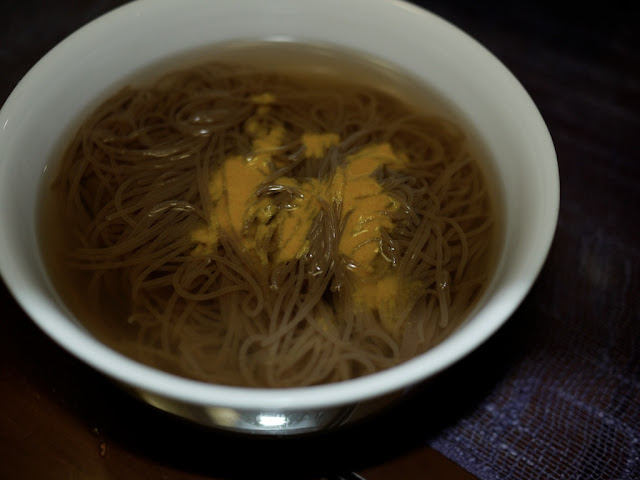