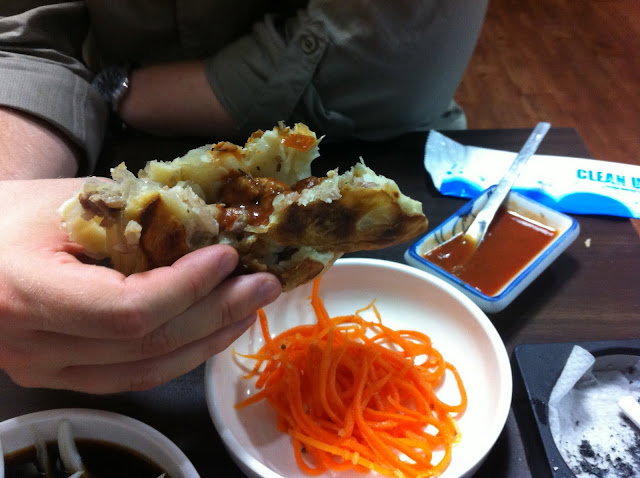 UZBEKI FOOD- VERY NICE! It was raining when we tried to find it. No surprise there. But finally we did, out of exit 8 at Dongdaemun Cultural Centre station, straight ahead about 50 metres and then left, down the first alley you hit on the left hand side. The whole alley is littered with Russian lettering, passport services, phone cards, and then the tastier words like 'shashlik' and 'somsa' in welcoming neon lettering.

My friend and I chose a place called Tabassum. It's non-descript, a few tables inside a fluorescent room, us and a table of Korean men the only inhabitants. The waiter, speaking perfect English and Korean (and undoubtedly Uzbeki and Russian) quickly navigated us through the menu.

Prices are good, nothing really exceeding 8,000. We ordered somsa, shashlik, palmeni, and qozon kebab. We also ordered a few 5,000 won bottles of 9% Russian beer. Good stuff. The first thing to arrive was the somsa, a savory pastry stuffed with minced lamb and diced potato. The dough was flaky, buttery, and unlike anything available at Paris Baguette. We ordered another one promptly.

Next was the palmeni- an Uzbeki dumpling dish again filled with lamb. The dumplings were a bit overboiled, however the sauce they were served in, made up of heavy cream, butter, and fresh dill more than made up for that fact. These were followed by the shashlik- they were good. We tried the chicken and lamb, and both had a nice charcoal flavor that complimented the fatty cuts chosen for the kebabs. If I had to choose however I would opt for the lamb, as the chicken didn't seem as flavorful, nor as fresh.

The piece de resistance, and a dish recommended by our waiter was the qozon kebab. This dish however really isn't a kebab. It's basically a slow cooked piece of perfectly spiced lamb that is served fall apart tender in a bath of butter. It's as delicious as it sounds and both me and my friend were left gnawing at bones after the meat was long gone. All told, for more than a few beers, and more than a few dishes we spent a little over 50,000 won. It's a great little place that deserves more business. Eat here. 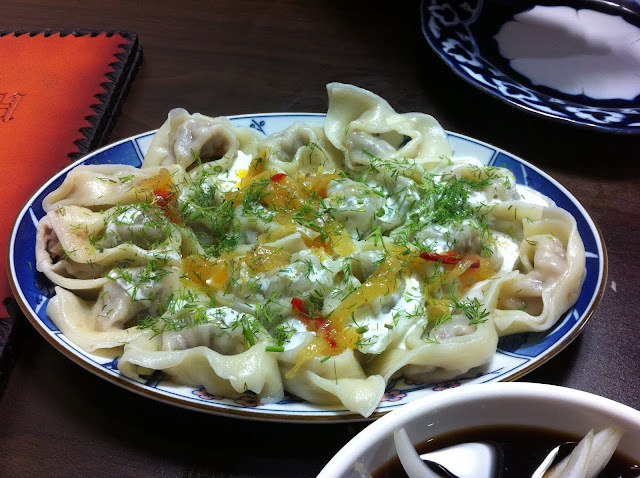 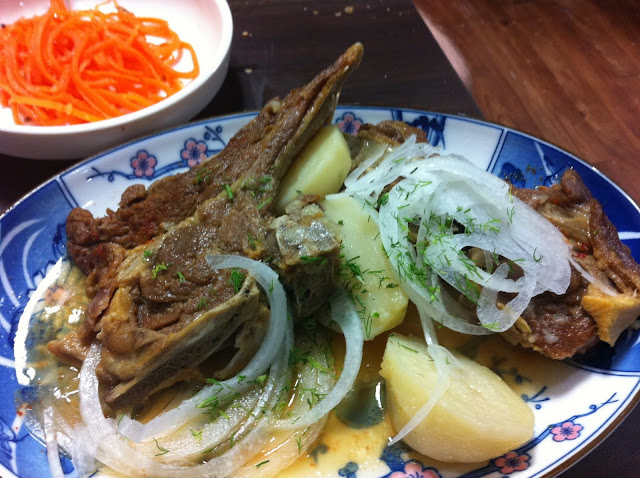