My First Chuseok with my Mother 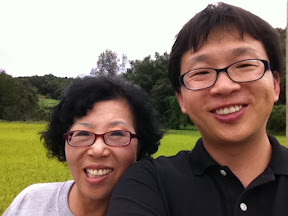 I was originally worried about going to my mother's house because she got remarried late in life and I thought I would have to visit her new husband's house and meet his family. I really didn't mind but I wasn't looking forward to meeting them for the first time-especially during Chuseok. My mother's husband, whom she calls 'Ajosshi' wasn't receptive to the idea that my mother had a son born out of wedlock and he tried to prevent our reunion. I thought that time had softened his disposition. In preparation for the meeting I prepared the typical Chuseok gifts of money and Songpyeon (crescent rice cakes).

When I arrived at the bus station I met my mother and my uncle and his grandchild. I thought this was odd but I didn't say anything of it. 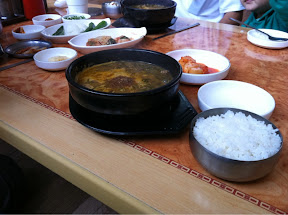 We went to eat goat stew for lunch (I can't say this was my favorite. It just had ribbons of goat meat in a bean paste and wild sesame seed broth). 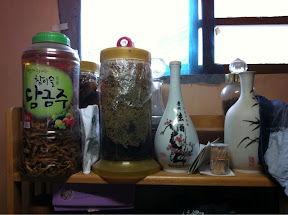 Afterwards, we went to my mother's tiny house. It was one side of a walled in ranch house and it looked...rustic. There were 2 rooms with a separate bathroom and a common area that served as the kitchen and living room. The place had a damp feel to it and it definitely looked lived in and it was definitely the home of a foodie.

The kitchen had piles of pots and pans and in the tiny kitchen was a full-sized refrigerator and kimchi fridge. In every nook and corner were jars of fermenting and steeping jars of roots, stems, and vegetables. There was also a very old ginseng root in her room that must have been 2 feet long.

After talking to my mother I learned that she had left Ajosshi and she was living alone again after many years. This was the house she lived in before she got married and she rented from a friend that she had helped long ago.

We were just going to have Chuseok together and the many friends my mother has. 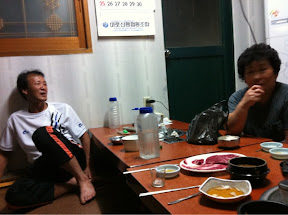 My mother was so proud showing me around the village that I was quite embarrassed. I didn't want to shame her though so I was very polite. The people of the village were a delight and they all commented that my mother and I look alike, "same nose, same eyes, same smile." Several of my mothers friends greeted me by saying, "Good to see you again." Apparently I had lived in this village as a child and the neighbors had mer me before- that was pretty interesting. 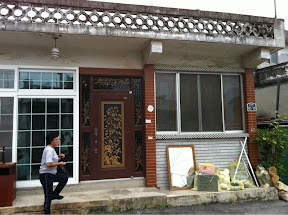 We walked a bit into the town when my mother told me she wanted to show me her new house. The little house she was currently staying at was a temporary house that she was living in until renovations were done on her new house. This was a modern looking house that had 3 bedrooms a large living room and a separate kitchen. The backyard had stairs that led to the roof where my mother told me that she was going have her jars of fermenting sauces. She had particular pride showing me my room- which was the largest in the house. I was touched because she didn't need this house, but she wanted me to come visit her more often. 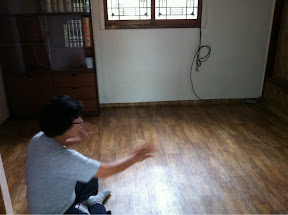 I promised I would and when she had her house-warming party I would give her anything she wanted. My humble mother said, curtains. I presses her if she wanted something big like a new washer or kimchi refridgerator. She answered, "a vacuum cleaner." I said at her party I would bring her wine (my village mother has a taste for fine wines and cheeses), she answered,"no" because she would need a lot of wine. My mother is a celebrity in the town and every farmer and shopkeeper would come from miles around. So I told her then I would bring wine for her and her friends for a private party. 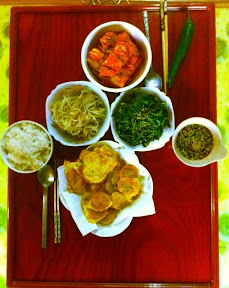 On Chuseok day we had a simple meal in the morning- not the large elaborate one I was thinking. Apparently we didn't have any ancestors to commemorate. We ate together a simple meal of egg battered fish, soup, rice, and kimchi. We had coffee after our meal and then went to Sonisan Mountain for the day. We went to the Buddhist temple and we bowed to the many gods there. 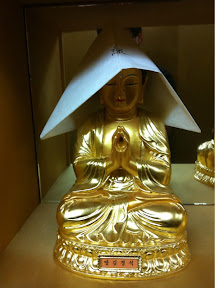 This was who our Chuseok was to commemorate: Buddha, the entity my mother had prayed for so many years for my return to her.