Suji’s: There is no longer a need to cross the ocean to experience the big apple 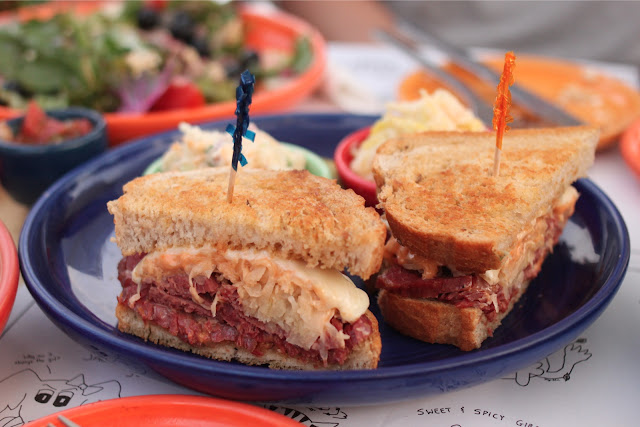 Seoul’s first and possibly only establishment aiming to meet the needs of those savoring New York Deli staples.  What I expected was a throwback to the NYC delicatessen, but what I received was class.  Upon entering, the soothing sounds of Jazz filled the air while candles on the tables created a romantic ambience that would be more suitable for an Italian restaurant.  Photographs of New York adorned the walls and reminded me of my long strolls through Central Park. This was a very refreshing contrast to the chaos that is often present in true New York Delis.

The waitress greeted me with the menu but having lived in New York I didn’t feel the need to waste anyone’s time.  The two staples of any New York Delicatessen are, first and foremost, the Pastrami (which just so happens to be my favorite deli meat).  I have traversed the streets of New York City time and time again seeking out the best.  It has been far too long since I left lady liberty behind and tasted pastrami. I was ecstatic to try Suji’s and see how they rank up against New York’s finest.  The next essential of any New York deli is the corned beef Reuben.  Now I wouldn’t be able to make a proper review without trying both, so I ordered both of these sandwiches at Suji’s Itaewon Restaurant. 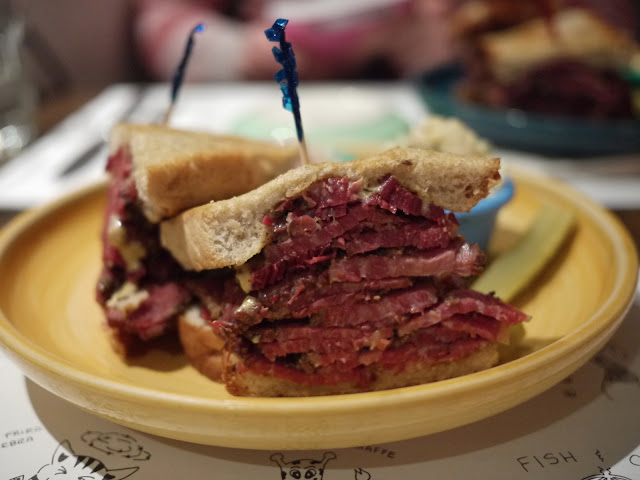 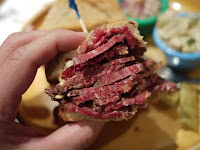 Luckily, I just so happened to come on a Wednesday after 5 and received an extra 100g of pastrami for no additional charge (part of their Wednesday Night Sky High Pastrami Promotion).  Now, I have finally found a sandwich that is truly trying to rival the gargantuan sandwiches at Carnegie.  The pastrami is lean, juicy, slightly briny and full of that peppery flavor that I know and love.  It was cured just right to suit Korean taste buds.  The homemade bread it is on has good body and it is the perfect carrier for the meat. I also liked that it was simply dressed with mustard rather than having a load of vegetables that simply don’t belong in a New York Deli Sandwich. I closed my eyes and I was back in NYC.  It’s hard for a sandwich to evoke such an emotion but this one made me miss New York.  Now knowing that this delightful slice of the big apple is here for me whenever I need it puts a smile on my face. 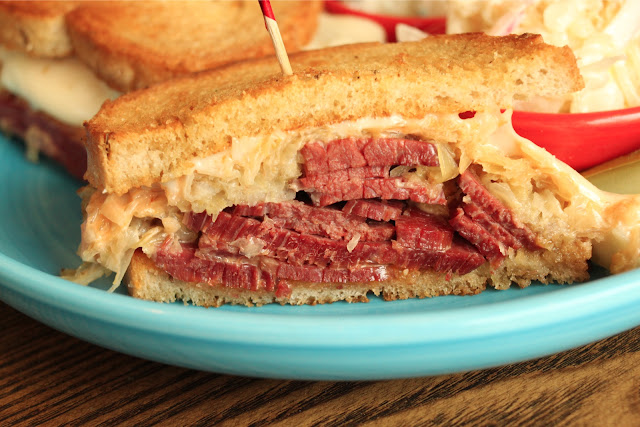 #2 The Classic Reuben
The corned beef (₩ 12,000), this is another excellent rendition of one of my favorites.  It was very lean and juicy corned beef with a subtle hint of pepper. The only problem I had was that the meat seemed to crumble a bit (which can make it a little tough to eat).  However, this isn’t a deal breaker because the meat is still delicious and more than you would typically get on a sandwich in Korea. The sandwich had the classic condiments: Russian dressing, swiss cheese, and sauerkraut which were a delightful mix of sweet, creamy and tart.

Suji’s, as authentic as it gets. I admire their attention to quality because in true artisan fashion, all the meats, bread, and pickles are made in house.  Welcome to Seoul in New York City.

Suji’s has several locations in Seoul.  Their Itaewon address is : 2F, 3F, 34-16, Itaewon-dong, Yongsan-gu, Seoul.  You can get there by taking Subway Line 6 and getting off at Noksapyeong  Stn. Gate NO.3, Suji’s is right there on the corner on the second and third floor. 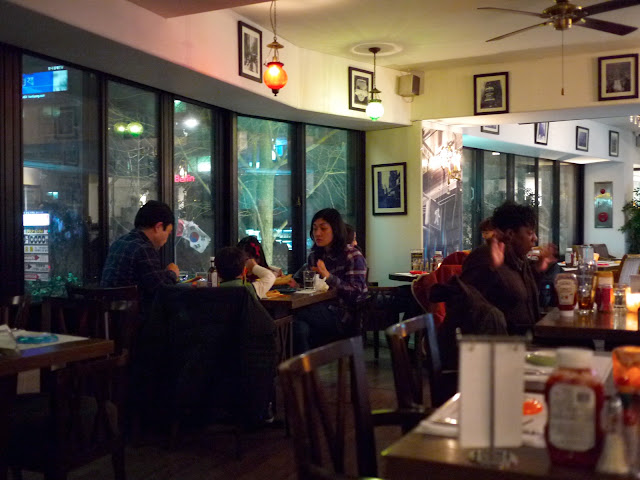