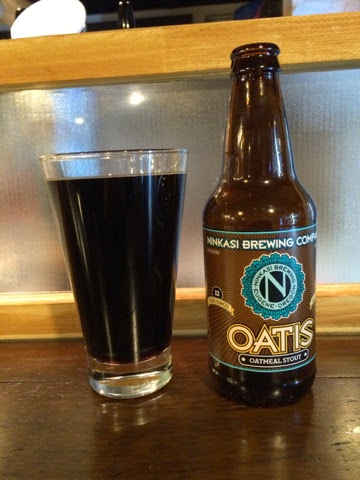 Just having a Ninkasi Oatis Oatmeal Stout. It's from Eugene Oregon and has a 7.2 alcohol percent by volume. It's a thick beer with a strong soy sauce flavor and a Guiness-like finish. I can't say it is the most easy drinking. It is complex and thick like a stout. I think it is better as a draft but in Korea that is not an option.  It's 7,500 won a bottle at Craft Han's in Itaewon.
beer