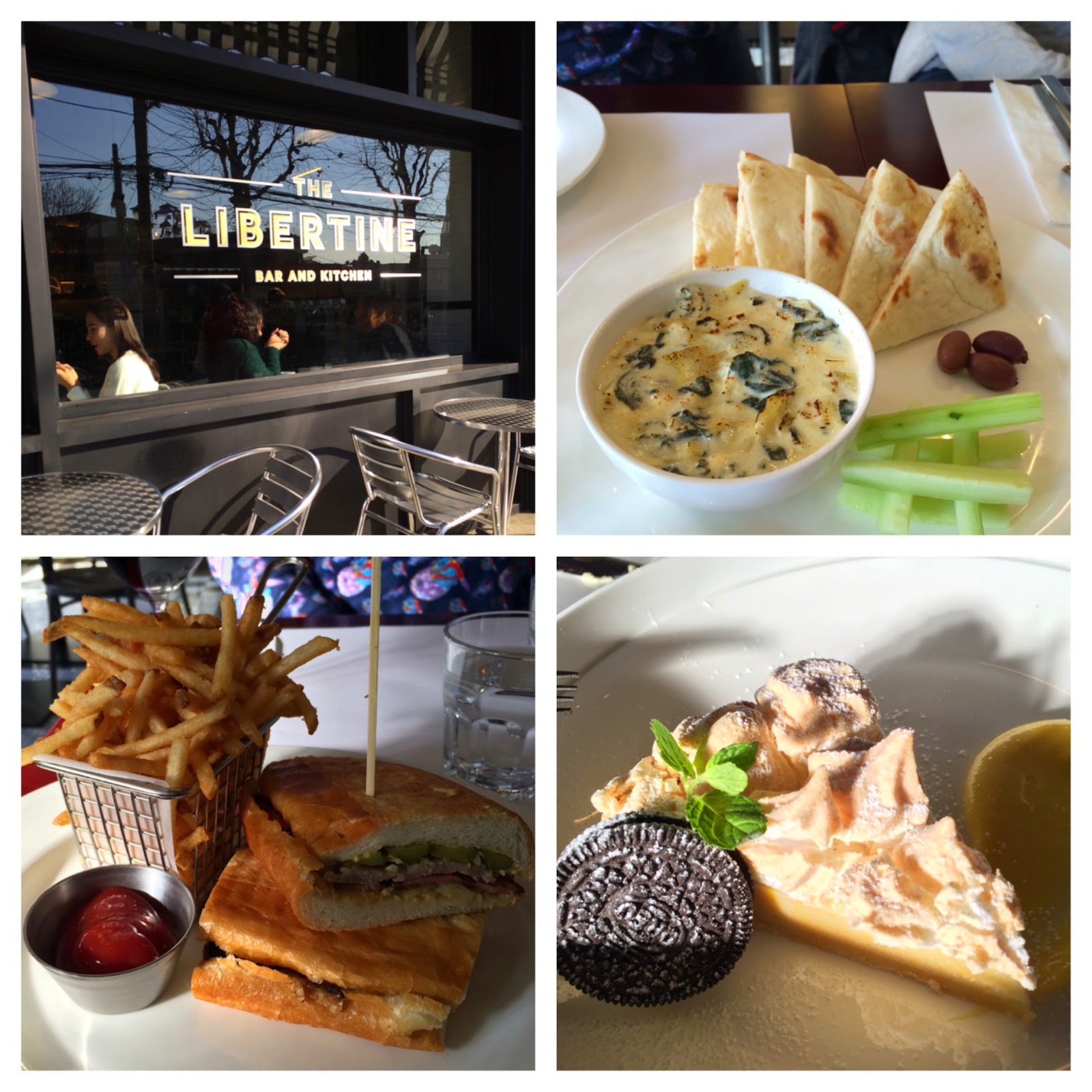 I just visited Libertine Bar and Restaurant in Itaewon. I had been meaning to visit there for ages but work and married life got in the way. (Wifey, that's not what I meant. I have been meaning to bring you here, girl.)

I decided to pick it for our restaurant's (Brew 3.14) Christmas dinner because I wanted to thank them all for their hard work.

The restaurant has a modern French Bistro feel that is opulent because of the high ceilings, good lighting, and lots of space. I was quite impressed because space comes at a premium in Korea, especially in high rent areas like Itaewon. 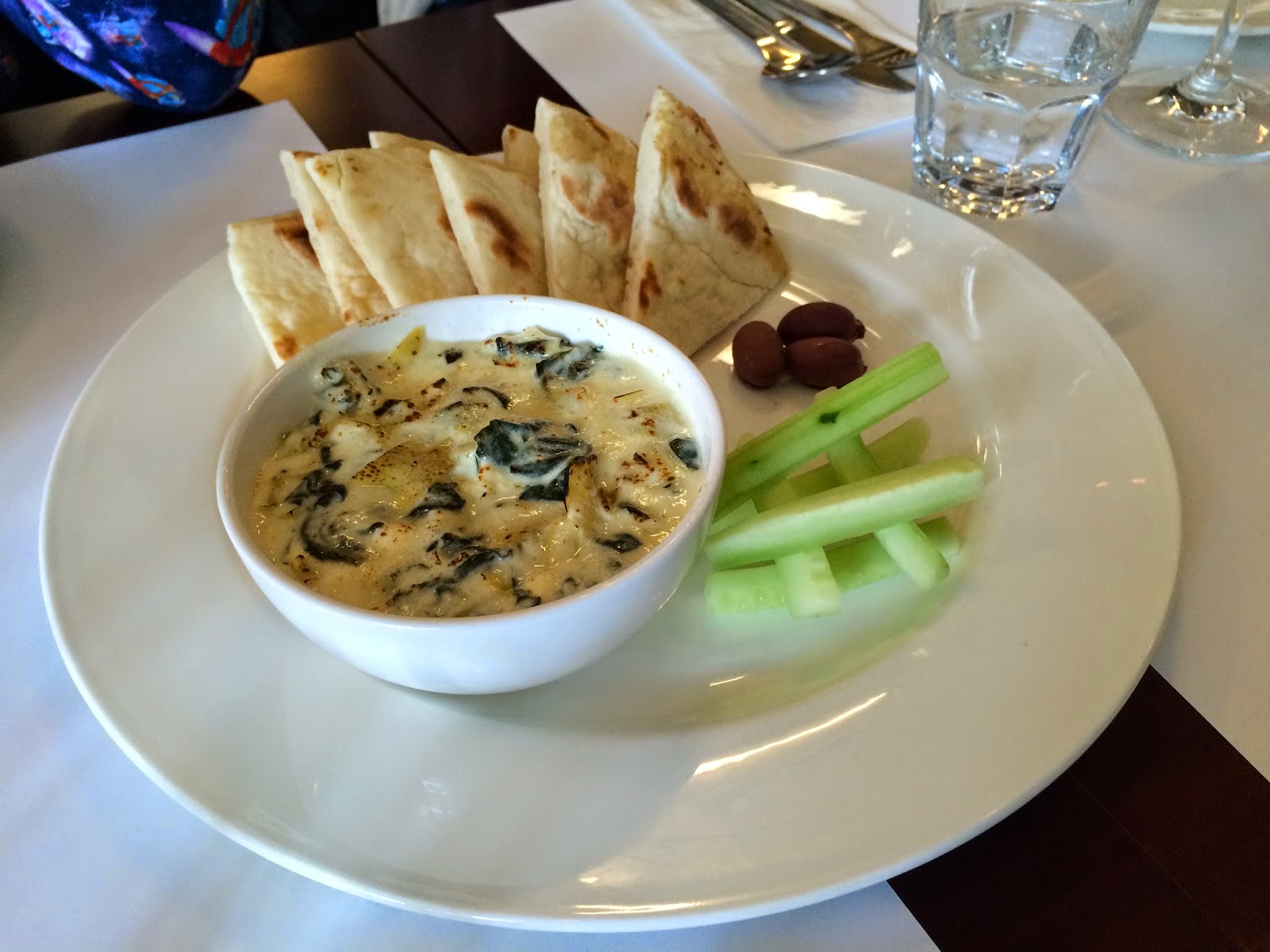 We started with a bottle of the Pascual Toro Cabernet Sauvignon 2013 (49,000). It was a nice mellow Cabernet with nice cherry and plum accents. To start we had the spinach and artichoke dip. Good stuff with lots of flavorful cheese in a thick bechemel. I was surprised with the amount of artichoke in it. The pita that it came with was fresh and thick. I wish I had more of it to finish the dip and sure enough when it finished, the server asked if we wanted more.

I ordered the Cuban sandwich (17,000 won) which was just like I had in Miami- just on better bread. The pulled pork on it was salty and contrasted the smokey ham. It was a Cuban, so no complaints.

My friends had huevos ranchero breakfast meal that had a lot of fresh ripe avocado and chili that tasted like a southwestern chili with a decent shake of cumin. The egg was yolky and created a great sauce with the chili and crisp tortillas.

The shrimp Caesar salad (16,000 won) had a good dressing, lots of cheese, nice bacon, a good amount of cracked pepper but no croutons. 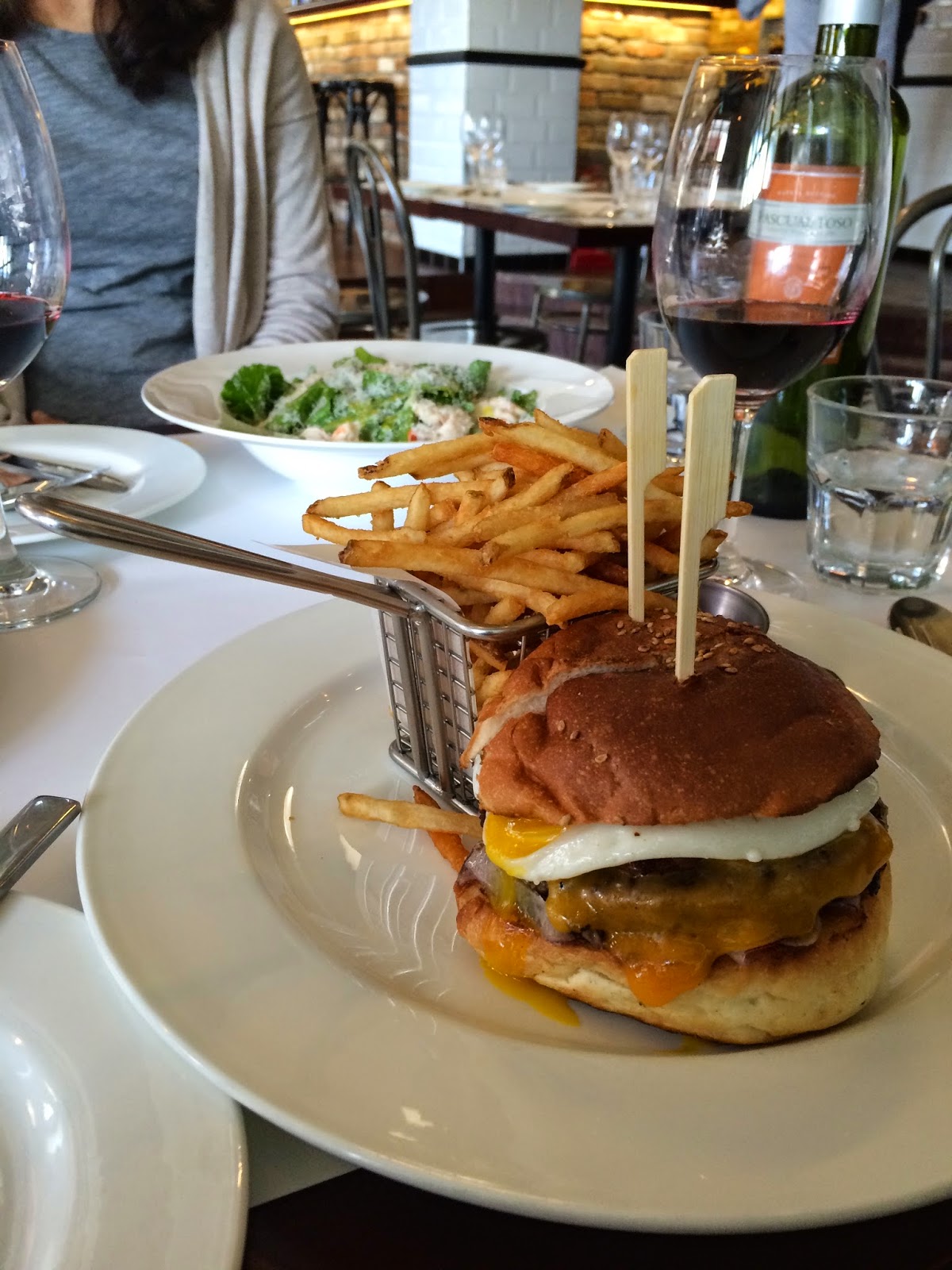 I have to say that the star of the day was the breakfast hamburger. Good bun, melted cheese, onions and tomatoes and amazing bacon. I don't know why but the bacon was so flavorful. Later I found out they make it and it made the burger amazing. The meat is juicy, crumbly but held together, and flavorful with the right salt and pepper and I am sure other secret spices. It was a great burger and I am very critical about my burgers. I have to say one of the best ones I have had this year.

We finished with a lemon meringue tart which was uber sweet with a nice meringue crunch.

This was a great meal and a place I will be heading to again. 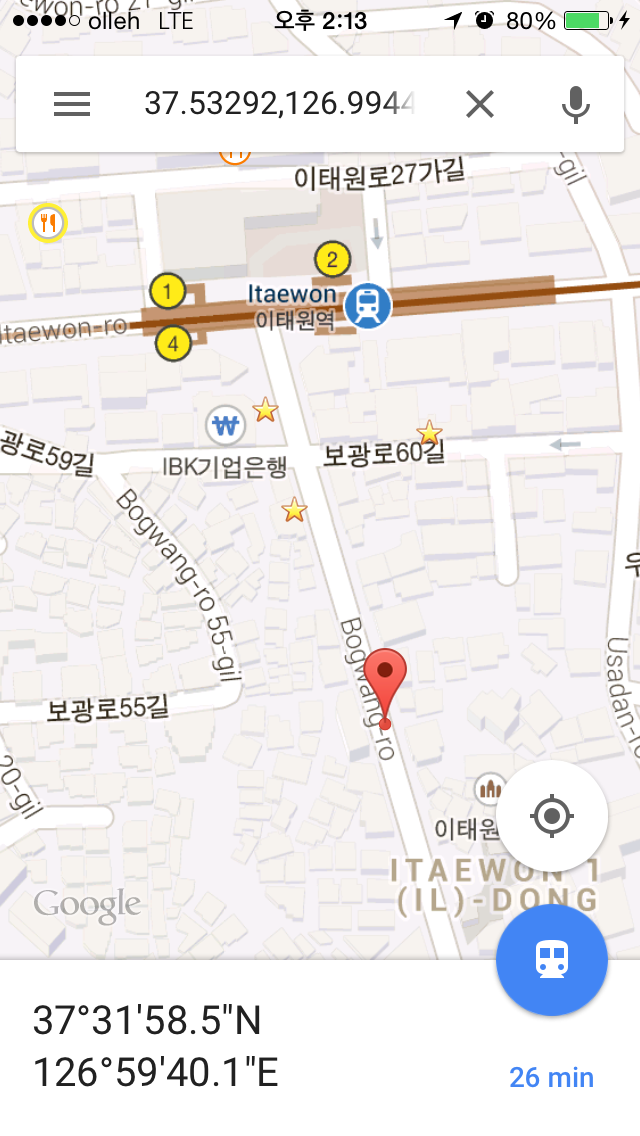