Wine And Tapas at Mi Casa in Itaewon 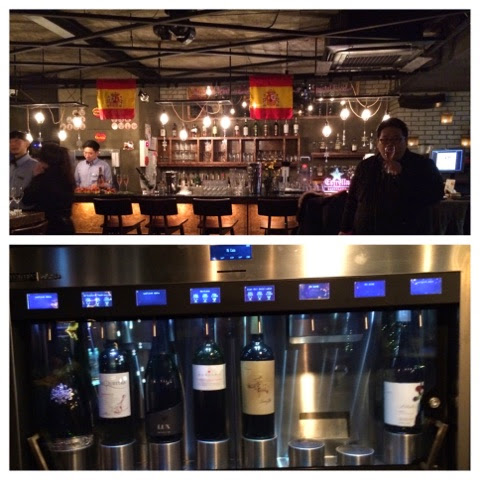 I was lucky enough to have been invited to Mi Casa for a Spanish Food with International Wine pairing. Mi Casa, which is located on restaurant street, behind Hamilton Hotel is known for their wine and tapas. 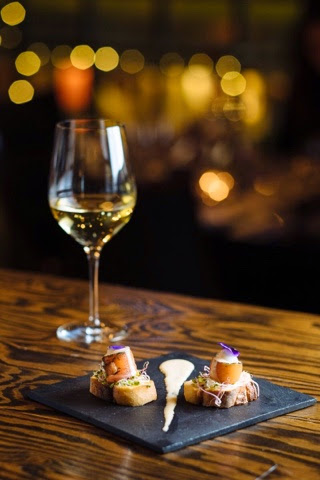 At their wine event they were introducing their new chef, Manuel de los Reyes who came to Korea from Barcelona.
The atmosphere at Mi Casa is sumptuous and high tech. The interior has a European, "candlestick" feel but with a really cool, digital wine pouring system so you can sample a small pours of many different wines or a full glass of a wine of your chose. The wines are kept conditioned in their special wine refrigerators so every glass is delicious. 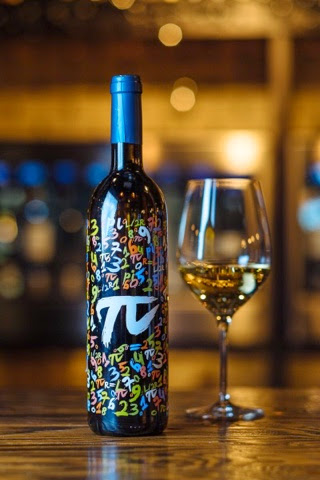 The wines of the evening were all excellently selected. The ones that stood out were the complex 2010 Bodegas Langa Pi 3.1415, the buttery 2012 Pazo Barrantes Albariño, and the robustly plummy 2008 Pagos del Rey Condado de Oriza Reserva but all the wines were excellent. The wines were all paired with great food that kept the evening going with lots of authentic flavors.
I enjoyed the pineapple and jamon pinchos served with the Vilarnou Brute Rosè. This would have been a great pairing with a number of white or rose wines. 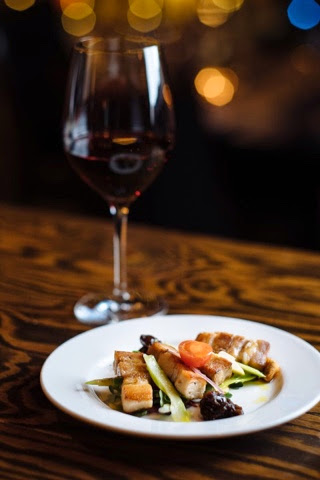 The Jeju pork pancetta cooked for 17 hours was fork tender and I loved the onion jam and veggies it was served with. It paired well with the 2013 Bodegas Castano GSM. 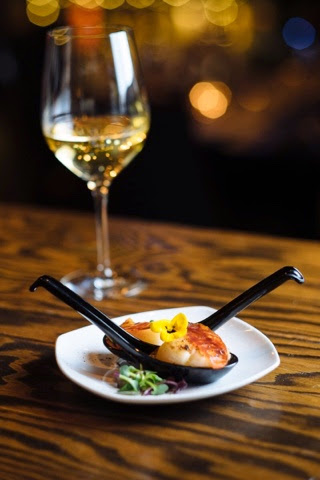 The scallops, or called the  Vieras al Jerez was my favorite course for the scallops were seared to perfection so it had a slight crust. The scallop was juicy and fresh tasting and topped with a flavorful cured meat and under was some salmon roe that added a lovely, briny pop. This was served with the 2010 Bodegas Langa Pi 3.1415 which was well balanced yet with sophisticated black cherry notes. It's a wine I could have had a full bottle of without problem. 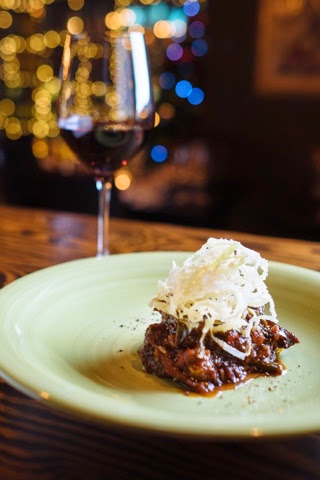 The slow cooked beef cheeks, Carrilleros al Pisto were interesting and you could tell they had been slowly cooked for many hours. The cigar-like 2011 Bodegas Bilbianas Vina Pomal Crianza paired well with this dish. 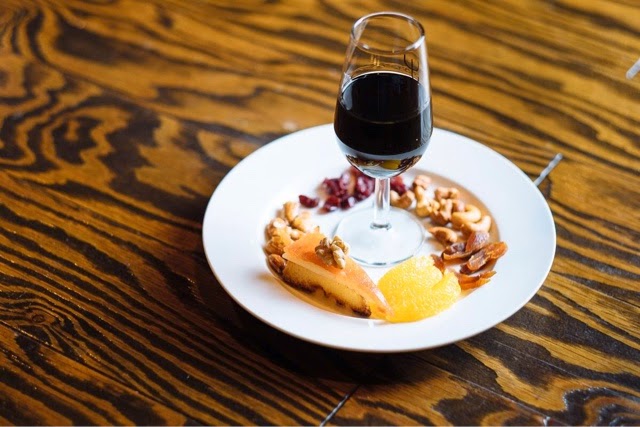 I also liked the el musica which was a Spanish nuts, dried fruit and cheese. After so many courses, it was nice to have a light snack with a satisfying crunch.
Mi Casa has a knowlegable and attentive staff as well so you will be well taken care of. Out of all the places in Itaewon it has one of the best wine selections. The addition of a Spanish Chef assures that the meal experience will be authentic. Did I mention the futuristic individualized wine pourers? They are fun to play with. In all Mi Casa would be a great upscale place to have wine with tapas or a dinner in Itaewon.
Mi Casa
Geoloc: 37.53495,126.99226
Address: South Korea Seoul Yongsan-gu Itaewondong 118-82
Daniel Gray was invited to Mi Casa as part of their wine and food promotion. Photos are partly mine. Others were supplied by Mi Casa. .
Itaewon wine