My Week in Pictures: Food, Streets and a Baby

March 25, 2015
It's been a fun but busy week as I have been meeting old friends and setting up a new business. A photo goal of mine has been to really focus on composition and post processing to really make the photos pop. I have been using VSCO and Instagram (find me at Seouleats) to do this just because it is easiest to do. I guess like most of the world I have been moving towards microblogging platforms like Instagram, Facebook and Tumblr out of convenience and fun. While I would love to make a living from blogging and eating, I know the reality. It's a fun hobby but it won't feed my wife (or future daughter.) Anyway, on to the pictures. 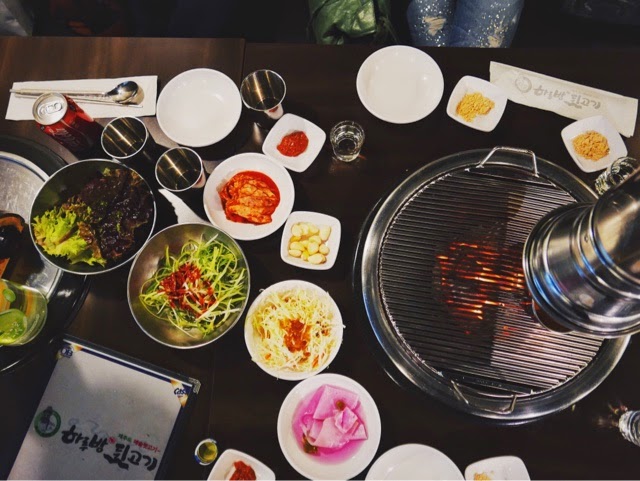 In this first picture I wanted to get the BBQ setting before the meal. I added a bit of contrast and some vibrancy to make the side dishes pop. I also put the menu because I love the font. It is from Jeju Harubang Dwetgogi which is my go to place for Jeju black pork. 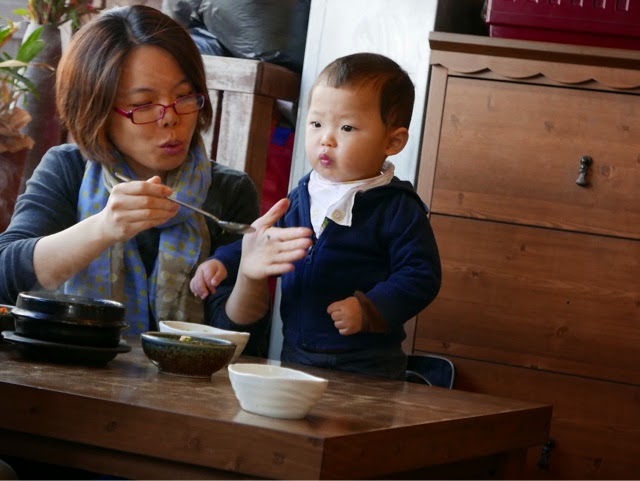 Here is a picture which I didn't process too much. I did a bit to balance the skin tone but overall, the natural light took care of it. I took a series of pictures and picked the best one. 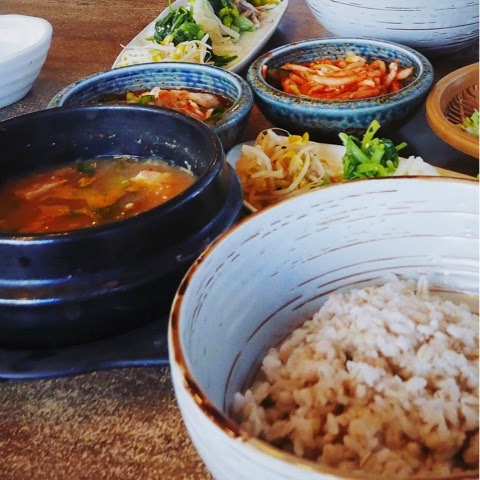 This picture I really changed up. It originally had my friends in it but because they are shy, I changed it up. I cropped the photo to just the food which I took with my Panasonic LX100 which has great sharpness. I liked the arrangement of the bowls so I really focused on that. Then I added contrast and sharpness and saturation to bring the colors out. This is from Boriwool, a great barley rice place in Hongdae. 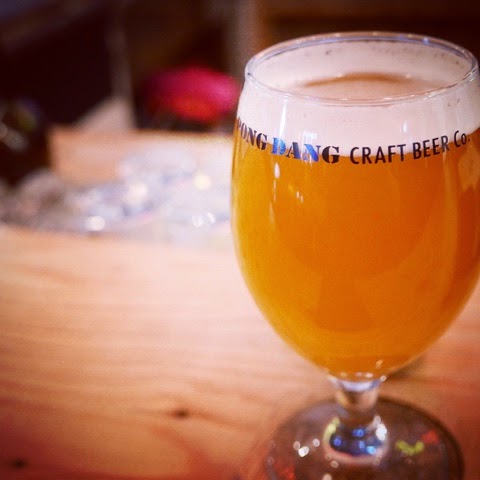 This photo I added exposure and contrast to add light. I saturated it to bring out the color. I took this from Pongdang Craftbeer in Sinsadong. 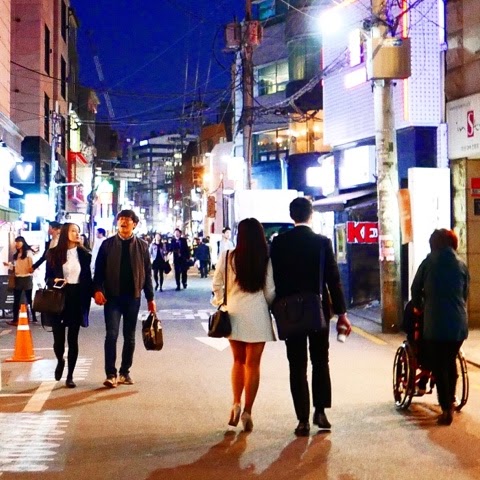 This shot was my favorite of the week and I waited to get the right composition. I wanted to get a shot that showed Seoul at night. I thought by having the couples was interesting as well as the person in the wheelchair. In retrospect maybe I should have left the wheelchair couple out. Anyway, I brought out the shadows and then extreme contrast and exposure to bring out the lights and turn the sky blue.

- Posted on the go by Thumbalyn and Thumbadumb please excuse any typos and grammarerrors. Follow me on Instagram at Seouleats for more posts on the go.