Here's an article I wrote for the Destination of the World Magazine. I would like to thank Michelle for this opportunity.

From kimchi to barbecue and bibimbap, Korean food is having a moment. We went to Seoul, the hottest new foodie destination, to discover the must-eat establishments
The love affair with Korean cuisine has gripped the world – and nowhere more so than Seoul. It’s suddenly in vogue to be a foodie in Korea and they do it with style, passion and excess. Overweight celebrities are now endorsing products with “proud to be fat” routines on comedy shows, much to the country’s amusement. And chefs are stars, too – ironic when you consider that many have spoken publicly about being disowned by their families for pursuing such a “menial” career.
It seems every television channel has a food discovery show such as Tasty Road, which has transformed two B-list divas into bona-fide stars. The concept of the show is simple: They stuff their faces with delicious food, leaving long queues of hungry followers in their wake. Then there’s Please Take Care of My Refrigerator, a South Korean cooking variety show where chefs create creative dishes from leftovers in people’s fridges.
In Seoul, there are two-hour queues for craft beer, 40-minute waits for churros, restaurants booked out months in advance and food delivery services for every type of available grub. It’s the same story in Jeonju, a city around two hours south of Seoul.
On weekends, culinary connoisseurs swarm the city for authentic bibimbap, kettles of chilled, cloudy rice beer served with side dishes, blood-pudding stew, shaved-ice desserts and more – devouring the food like locusts and disappearing without a trace come Sunday night.
Go here to read the rest! 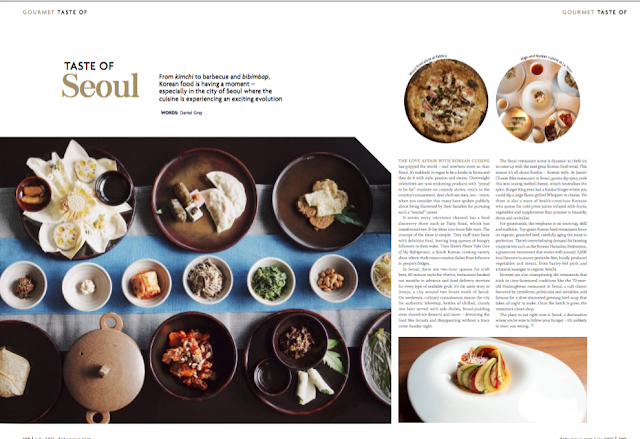