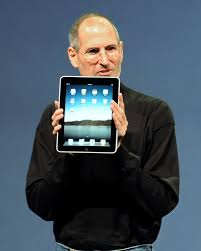 In Homeresque fashion let me say, "doh!"
IOS as an operating system is not quite ready for prime time, the battery takes forever to charge, its heavy, and its multitasking functions are handicapped. It will need another couple reiterations before its ready for real work. So...for right now I have a very nice entertainment tablet with a pen that will allow me to e inner artist thats in me in the future (I could have done this just as easily with a decent sketchbook and an array of pencils.)
Sigh...
It's not a complete waste. The tablet is fast and some tasks on it like going through my Flickr account is much faster. For note taking apps with the pencil, its just gimmicky. I want to like it but I can't really justify the high price for something I used to accomplish with paper and a pen.
Also, the IOS versions of Movies and Garageband are stunted as well and I'm just not used to using them yet. Maybe I will be able to find some workarounds but I just need to get stuff done and I don't have time to try and find a new workflow.
Wait...games and Netflix are awesome on this tablet with its amazing screen but its not what I bought this for. It was to replace my aging computer and I didn't want to buy an non-upgradeable but new macbook pro. But it looks like now I will have to buy another computer like a macbook air and maybe I can use the macbook pro as a second monitor.
Doh!