Time for a Macbook Upgrade? 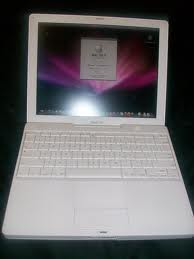 My favorite apple computer I have ever had was my first. It was a 12inch white iBook. It was small, portable and fast. That was 12 years ago. Since then I have had several apple laptops and imacs. My last apple was a Macbook pro I bought in 2009. I am waiting to upgrade but I don't know which one to get. I am actually interested in getting the last generation Macbook pro or even the last generation Macbook air. I still like the idea of ports.

However, some new research about the new skylake processors may make me go for the new macbooks.

Skylake processors might allow wireless charging. Also I think the extra large trackpad might be there so it can be used with a pencil input.

I had the iPad pro and pencil and I liked the pencil. I didn't like anything else about the tablet but I did like the pencil.

I think Apple is still working on improvements but won't reveal them until they are ready unlike some other companies. I like and respect that about the company.

Now you might be wondering why I don't just get a surface or another computer.

Well, all the Macs I have had have lasted forever. They are reliable and I like the OS and in my line of work it is necessary. My staff has windows units and we lose time and money getting their units fixed.

So...it's time to get a new unit. I will let you know which one I choose soon.