Full Metal Alchemist The Movie: The Conqueror of Shambala 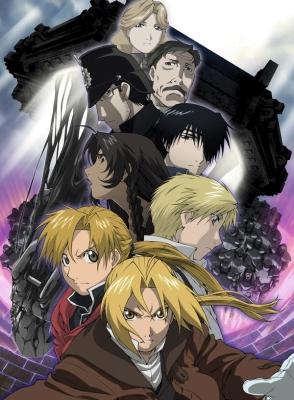 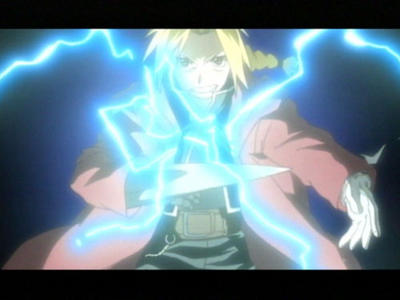 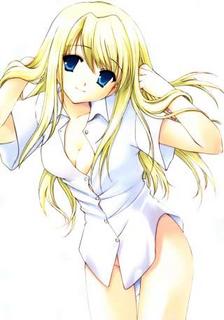 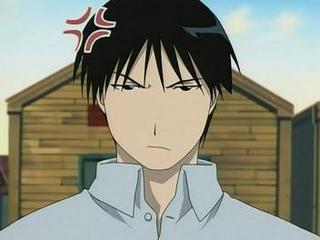 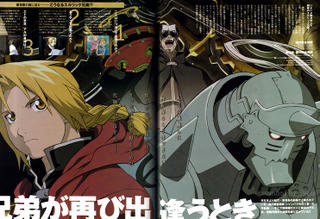 Anyway the story is that Edward and Alphonse Elric live in a world where alchemy is real and it is highly developed. It is a seeming similiarity and a foil to our own world. From an early age, Ed and Al are able to do magic, or alchemy. Every show they say that the law of alchemy is that you must replace something of equal value if you're going to change it. Or something like that.
Ed is much better than Al at magic and he is slightly older, 15 to Al's 14.

We never meet Al and Ed's father and there is a mystery about his disappearance and although their mother tries to hide her longing for her eventually she, their Neicha, dies from heartbreak. Al and Ed are devastated about this and decide to do human transfiguration- to bring their mother back to life. They learn from an alchemy sensei and they perform the ritual but to horrible results.

The "Gate" of alchemy needs an exchange to make the process work, but Al and Ed could not give enough to return their mother to her true form. The Gate sacrifices Ed's ;eg but Al loses his whole body. Ed gains a vision into alchemy, but when the gate closes he realizes he must save his brother so Ed sacrifices his arm and put's Al's body into a suit of armor.

There is a lot more and the story arc is amazing. I was truly impressived with the art and the characters. I really like Ed and Al. They are smart, innocent boys that are on a mission. Ed wants to return Al to his real body and Al wants to return Ed's arm and leg.

We learn later that when people fail human transfigurations there are consequences and that this law of alchemy of equivalent exchange is a farce. Dark secrets lurk in the world of Edward and Alphonse Elric and I can't wait to watch about all of them.