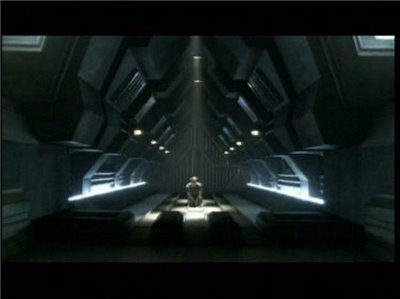 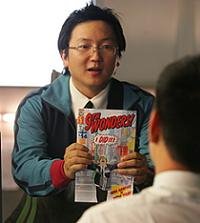 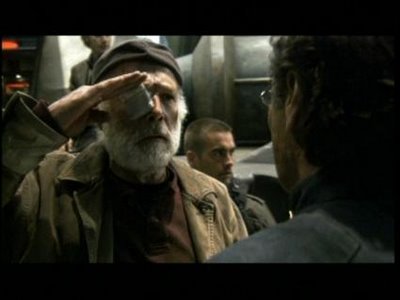 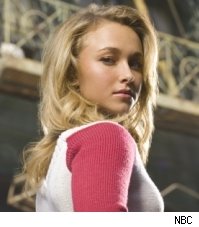 So the TV season this year was starting to look blah, but I'm totally into two series that I had written off as kinda "not intriguing but enough to pass the time." I was wrong.

Heroes had some awful acting quirks that took me out of the show, especially when Simone (played by Tawny Cypress) tells her heroin addicted boyfriend (heroine? wordplay for his choice of vice??? like Hiro and Hero???) "But I love you." It took me out of the show because the delivery was so fake and there was no buildup to establish there was love at all. The words were empty. The only reason I kept with the show was because of Hiro and Claire. Hiro was simply cute-in a non gay way; he kept me happily his anticipating his story. Plus his reparte with his Japanese buddy (sorry I forget his name) added a sense of Peter Parker quirky wit. Claire although she totally deep throats the popular cheerleader image that finds out she's a freak image, she is gorgeous and her acting brings a sense of truth to the entire cliche. I would recommend she change her outfit once in a while (that cheerleader outfit has gotta be vile with all the blood and gore she's lurched on it.)

Nikki's character is a hit and miss. I don't know what to feel about her yet. I'll get back to you.

Mohinder is too Pi for me (the main character of the book, "Life of Pi.") But he has some great lines at times, but he is becoming overly zealous.

So...I've seen all the episodes so far and I really like the time rift story line with Hiro. Claire is developing nicely and the two brothers Peter and Nathan Petrelli are becoming surprising. Nathan seems to know a bit more than he is putting on and I'm starting to buy into the whole "I believe I can fly"ness of Peter's character (HE'S GOTTA GET OFF OF SIMONE THOUGH. GEEZ, she's not doing it for me.)

One last thing...did Claire regenerate her hymen after she was raped by that jock?

I'll write about Battlestar after I get some work done.
Email Post
Labels: TV