Chuseok in Samcheok: The Land of the Angry Virgin 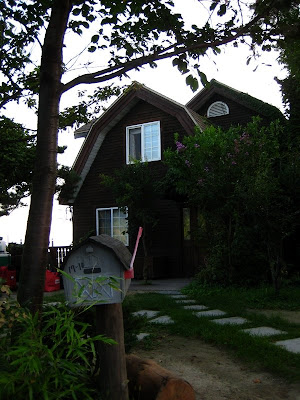 The Pension or Condo in Jangho in Samcheok 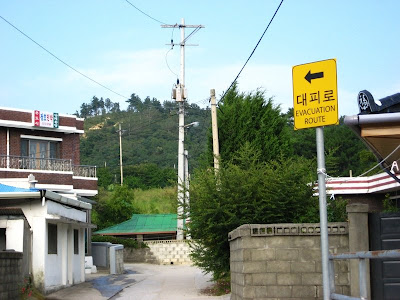 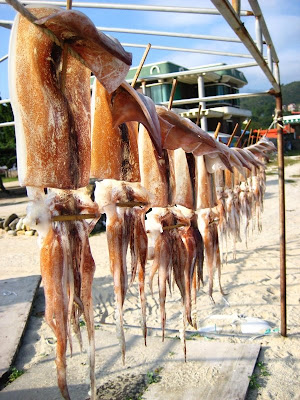 Squid on a line 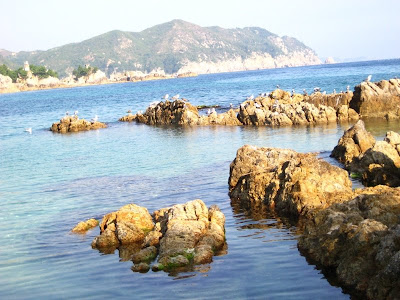 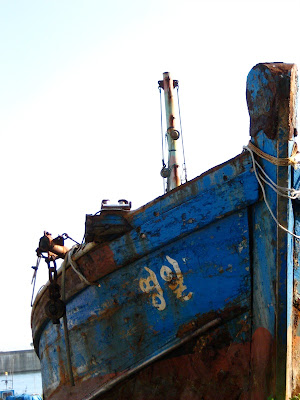 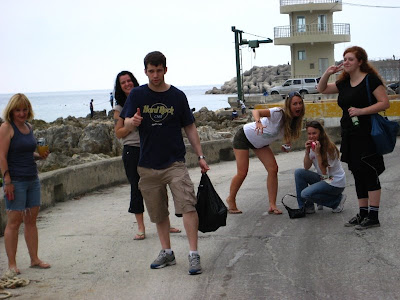 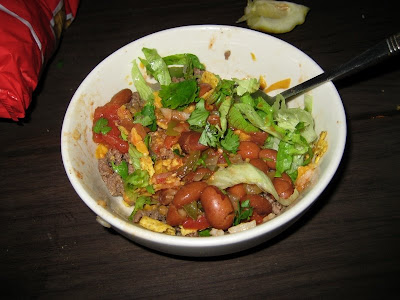 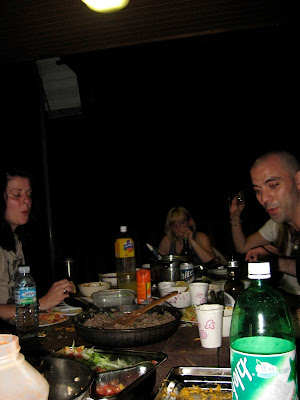 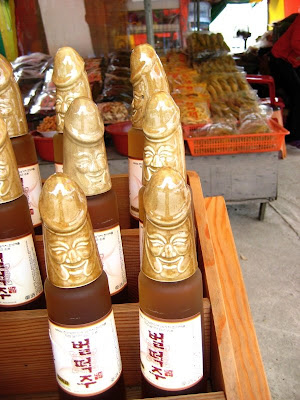 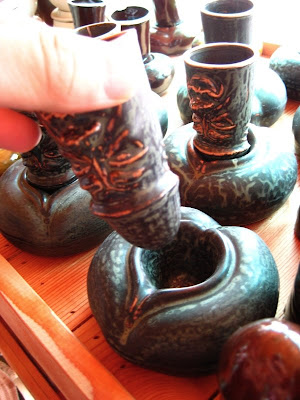 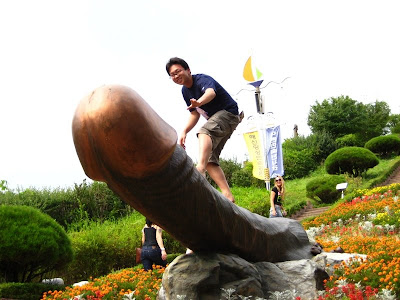 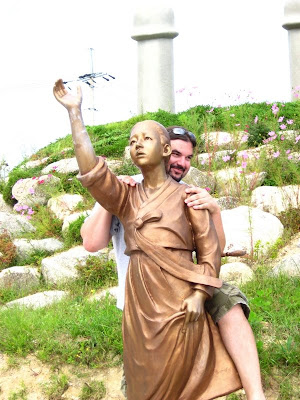 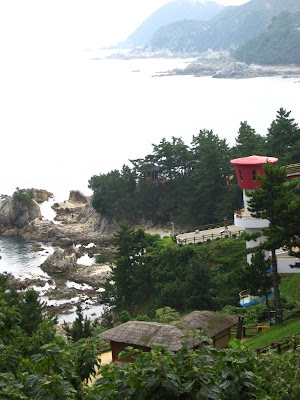 Over Chuseok, I was invited by my friend Krista to go to Samcheok. Samcheok is about 5 hours east of Seoul near the eastern coast. It is a town famous for caves (which we never made it to), dried squid, and a very unique park and legend.

We stayed at what Koreans call a pension, which is a condo that you rent and it came furnished and had a big kitchen we could all use. There were about 12 of us and we spent the time eating, drinking, swimming in the beach, and just having a good time.
For our Chuseok festival we had Mexican food. I know that sounds bizarre, but that’s what we had. Guy made red beans, Mexican rice, and we had all sorts of fixings for the burritos; however, we didn’t have any tortillas. Unfortunately they were left behind when the food was being packed. Regardless, the meal was excellent.

Now on to the pictures of the many, many, many penises. The park that we went to, Haeshindang Park, was erected (ㅋㅋㅋㅋㅋㅋ) to appease the spirit of a angry virgin.
Samcheok is a city that is dependent on the sea. Many years ago, a girl, who was engaged to get married, when out to collect kelp. While she was out in the sea collecting kelp and dreaming of the life she was going to spend with her husband, a devastating storm rose up. Her fiancée tried to find her, but it was too late; the sea had swallowed up the girl.
After this virgin died, the fish disappeared and the city suffered. The fishermen couldn’t make a living and people were starving. They all pointed the blame towards different things. Some said it was the over fishing of the waters, others said the gods were angry because people weren’t pure, and then some believed it was the spirit of the girl that drowned before she could take part in her marriage rites?

So…how do you appease a sexually frustrated spirit; a spirit that just wants to get laid?
You erect (ㅋㅋㅋㅋㅋ) totems in the shape of penises.
The fisherman started to carve gochu (Koreans call their schlongs peppers) out of wood and put them on a mountain hill and soon the fish returned and the spirit’s soul was requited.
Dan