How to eat your chamchi Korean style

February 21, 2009
Now there are two things in the world I love, one of which is sesame oil. It's savory scent is almost as good as, if not better than, inhaling gasoline. I admit the latter's an acquired taste. But honestly, I'll put sesame oil in just about anything - in my salad dressing, on my rice, in my noodles, while I'm frying up an egg, doong doong. (On a side note, I'm considering replacing all future 'etcetera's with the much cuter sounding Korean version, 등등 doong doong. "Hobbies? I like writing, playing tennis, dining out, doong doong. Favorite food? Ice cream, roasted hazelnuts, cheese, doong doong.") The other is fresh ahi, what I'm accustomed to calling "tuna" in Hawaii, or "chamchi" in Korean.

I went to another "chamchi jib," a restaurant specializing in tuna, a while back in Suwon. This one charged a minimum 65,000 won a head, which meant we were treated to sprinkles of fancy gold flakes over our sashimi. The entire spread easily included over a dozen additional non-tuna courses, ranging from a simple salad to fresh shrimp, and by fresh I mean alive and kickin' - one of them literally jumped off the plate. 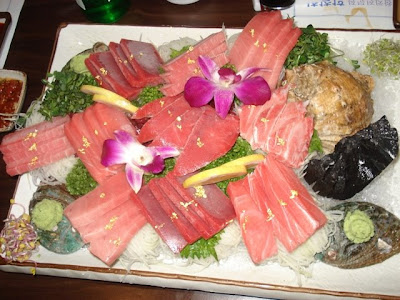 One of the most interesting things I discovered upon this visit was the fact that the tuna platter was served with not only salted kim (also known as nori, or dried seaweed), but also three types of dippings - hot sauce, soy sauce, and sesame oil. Having eaten poke all my life, I don't know why I found this so marveling. Sesame oil and tuna, you say? No... really? Yes, really. I had noticed Koreans eating it this way before, but I guess old habit or pangs of hunger had overruled curiosity as I ignored the practice and went along with my usual face-feeding ways, sans nori and sesame oil. Still, I thought it was worth sharing - how to eat your chamchi Korean style: dip, add, wrap, and repeat. : ) 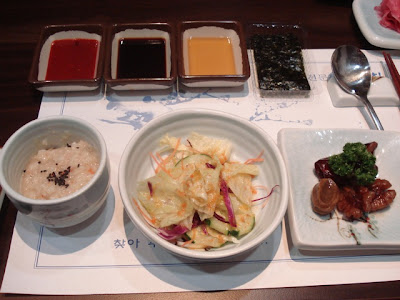 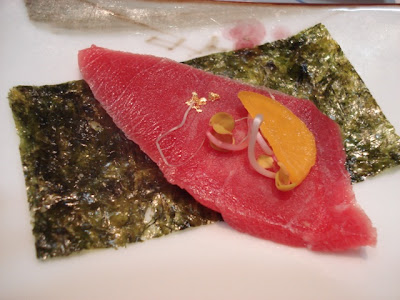 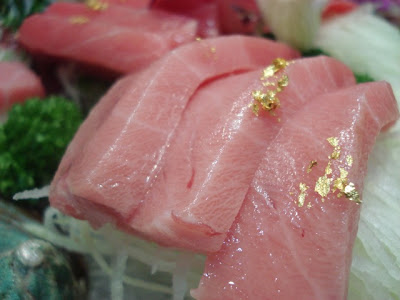 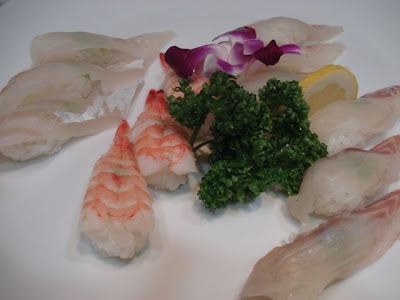 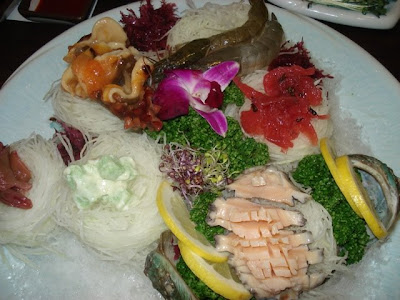 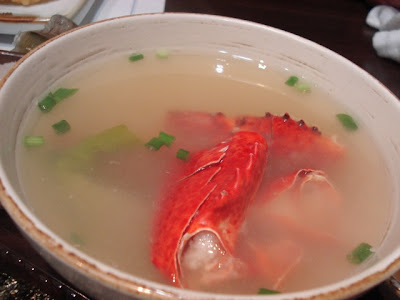 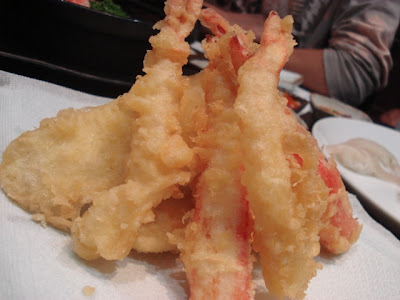 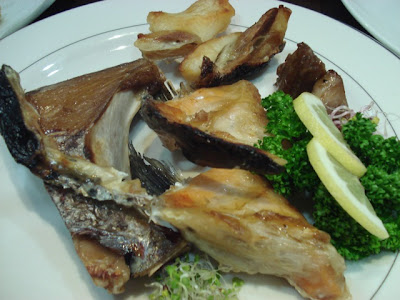 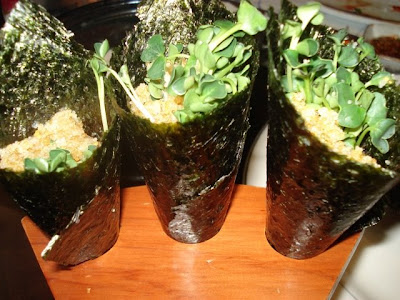