Cupcakes in Seoul: Life is just a cup of cake 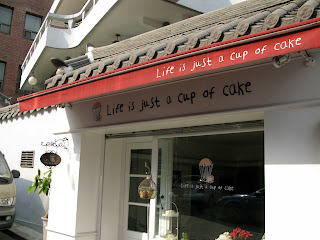 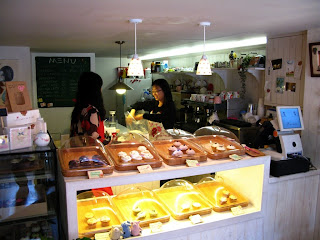 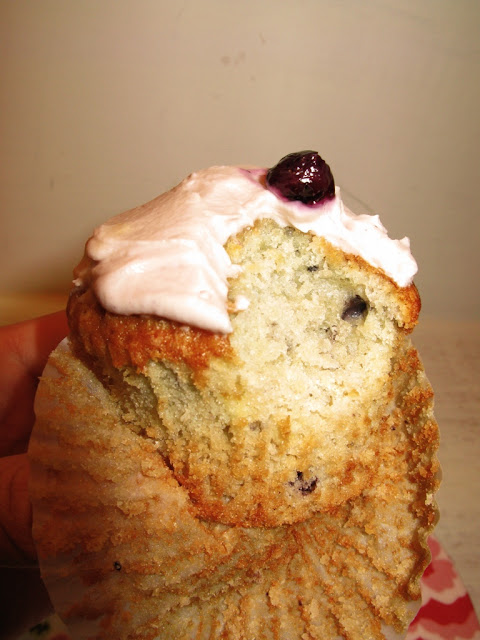 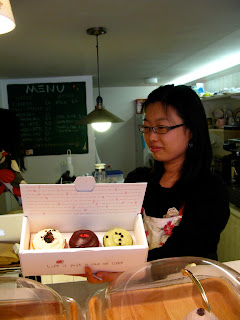 When I think of cupcakes, I imagine Bart Simpson and Lisa fighting over the frosted confectioneries that Marge made. Sure, they didn't look very good, but the zeal in which they fought made me want one as well.
Cupcakes are America's great invention (Now someone will probably refute me and say that the cupcake was originally made by the French and then taken over on the Mayflower.) It doesn't matter, because America took the idea and simply ran with it. I remember in elementary school, the cupcake was the symbol of your mother's love on your birthday. The frosting was important, but sprinkles would take the enjoyment to the next level. Now the cupcakes had to be mom-made (Dad made is acceptable as well.) They just weren't special if they were bought at a store and covered in shortening based frosting. Duncan Hines and Sara Lee icings were the best. Homemade butter icing were simply too good for us. It wouldn't have had that dark chocolate hue, nor the snow white glow.
So...if you miss cupcakes then you should go to Life is just a cup of cake in Itaewon. It's a cute little place that makes gourmet cupcakes such as Blueberry Cream Cheese, Earl Grey White Chocolate, Peanut Butter Chocolate, and Almond Macaron.
The cupcakes are good, but they are a tad small for the price (4,500 won each). Then again, anything that's foreign is subject to a 25% "exotic" tax. Why do you think Levi Jeans and Diesel Jeans cost so much here? It's this exotic tax or the Weiguk Tax.
Now back to cupcakes, at Life if just a cup of cake it's all about the icing. It's like crack. The green tea icing is sharp and buttery. The vanilla is smooth like a velvet jump suit. The blueberry cream cheese is...actually, this one wasn't my favorite. I thought they could have done better. The chocolate one is just like Duncan Hines. Sure the cupcakes are a tad pricey, but the drinks are alright.
It's down towards Hangangjin Station. Make a left before you get to the Woori Bank
Life is Just a Cup of Cake
서울시 용산구 한남2동 738-16
02.794.2908
www.cupcake.co.kr
cafe coffee dessert Itaewon itaewon reviews