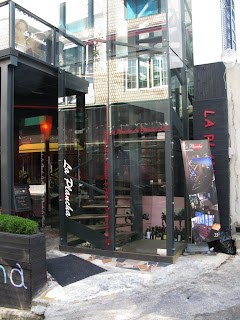 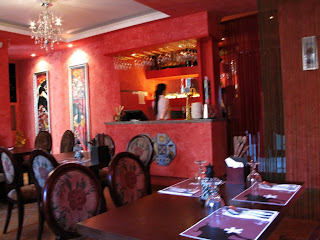 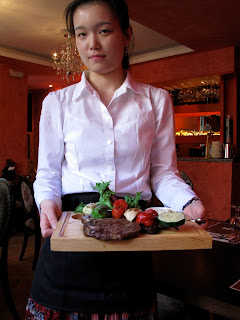 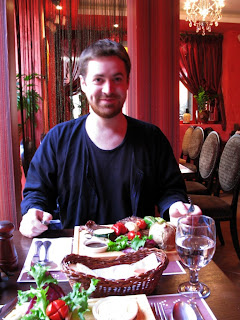 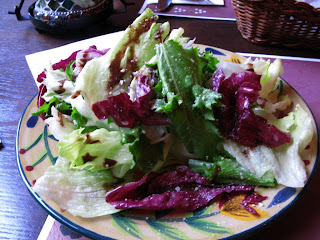 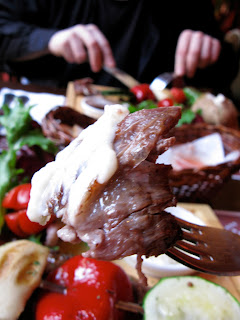 Behind the Hamilton and tucked away to the right of Saint Ex is La Plancha. La Plancha is  high end Spanish steak restaurant that has been around for many years. I've heard about this place for ages yet I had not gone. Now, I don't know why, but maybe it had to do with the fact that each time I have gone to a western style steak restaurant, I simply have not been satisfied.

Over at Yuhwa (near the Hyatt Hotel) the steak I got was a disk of dried meat with a overly syrupy mango sauce. Outback is just god awful, VIPS, or Seven Springs- don't even get me started. The one I had at Mignon, which is near Zelen (right up the hill from La Plancha) was quite possibly the only other steak place I would recommend. Their tenderloin was cooked well and of excellent quality- but a bit over priced at around 38,000 (excluding tax).

I went to La Plancha with my Irish friend Gary who is a musician that studied how to build microchips. Now he just travels the world. In about 3 weeks he's just going to pack his bag and head to Cambodia.

We ordered the T-bone and it came with a side, a sauce, and a skewer of grilled vegetables. This came to 35,000 excluding tax. Now, I had been told that the platters for two are actually quite good at this restaurant but...you know, guys can't share a steak. It just doesn't work.

The steak was large around, but a bit thin in thickness. It was well seasoned. I asked for it to be medium, but I think I should have asked for medium rare because it was a bit dry by the end. I know it's not the restaurant's fault here, because once the meat gets to the table the residual heat will keep cooking the meat. So...a steak will come to the table medium and it'll end up medium-well by the end of the meal.

I got a bleu cheese sauce for my steak and it was quite nice. It had nice hints of bleu cheese and didn't over power the meat. Gary got the balsamic and it was a tart accent to the grilled cow.

The skewers were great as well. But, hey, I'm a sucker for grilled vegetables.

The interior has a Spanish Matador feel. The red makes you crave meat. When it gets to the table, there is a nice selection of knives you can use to carve away at it.

Overall, a very nice place for a special occassion.