The Tale of how a Chili boy became the Chili King 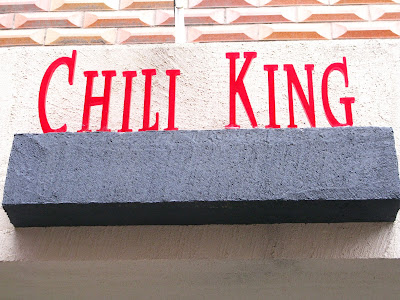 When someone claims to be the king, there must be a reason. During medieval times, the king was the one that was the strongest and most ruthless. He was king because no one could beat him and if he was, then everyone knew it was time for the old king to be replaced. I don't know if there was a Chili King before in Korea, now if there was he has been dethroned.
Let me tell you the tale of a boy who came to Korea and how he became king.
Kevin Crys didn't come to Seoul to be king. He came as a man with ambitions to travel the world and have fun. He came as a teacher as most that come to Korea. Here he met other people like him. He soon made some friends, so he went to a few parties. At parties he found out that people liked to eat and he remembered that he liked to feed them. He started to make chili for parties and the people liked it. Then he went to other parties and made chili and they liked it as well. Soon he was being invited to parties all the time and he started to notice it wasn't just for his fun and charming self; it was for the chili. 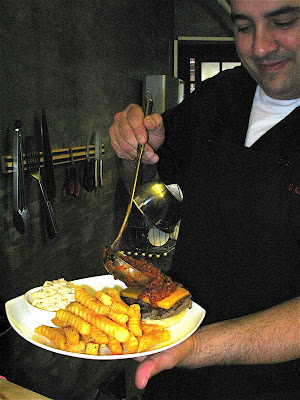 Sure it's fun to make chili for parties, but he started to wonder if he could leave the safety of the party walls and take his food to the people. So young Kevin bought a truck and he started to sell his food on the wild Itaewon streets at night. Yet me tell you folks, he was the original foreign street food guy. Sure, there are new younglings on the street these days, but Kevin was doing this back in the day when the guy up near hooker hill selling hot sausages was still in high school, the kebap guys were still in the middle east, and the other foreign guys I see with their full mini kitchen were still in diapers. This guy was the original.
So Kevin sold hotdogs and burgers for a while and his trusty truck held up to the wear of the road. Then about a year ago (2008) there was a International Food Fair and Kevin started to sell hotdogs with chili. His little truck had a line nearly a mile long and there there throngs of people salivating for his dogs and chili.
It was on that day my friends, Kevin became the Chili King. He put his trusty truck to rest and he opened up his restaurant on the hill of Itaewon. Here you will find his hearty burgers, plumplicious hotdogs, Donair, and worthy Chili. 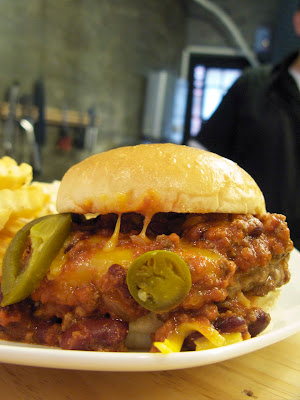 The Chili King
010 6873 1304
Hours 11-11
Closed on Tuesday because the King goes to Three Alley Pub to have wings.
Directions go out Exit one of Itaewon Station and make the second right: make a right at "Pacific Shopping," you'll see OK2 Kitchen on your left. Go up the hill about 200 meters and you'll see it on the left.
american food hamburgers Itaewon