Have a Layover in Incheon Airport? What can you do. 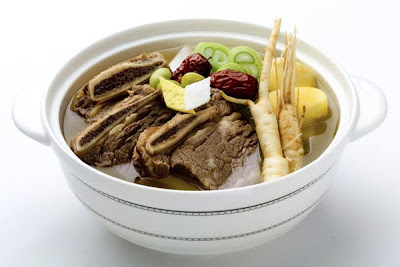 So the New York Adventurers: Eric and Mehera, are back in Seoul and they have a layover in Incheon for a couple of hours. So what can they do? Well, I decided to do some research and ask around and here's what I found.

Of course, you would probably want to leave the city and I think Incheon is the best place to go. There are several local city buses and tour buses that'll take you right into the city. Here's the info on Incheon Local Buses.

Incheon is a port city and it is known for having many excellent Chinese Seafood Restaurants. Jung-gu is the only official Chinatown in Korea and has some excellent Chinese restaurants. You should also check out Jayu Park with a statue of General Douglas MacArthur. There is also the Korean-American Centennial Monument.

Now what should you eat? Here are some recommendations: 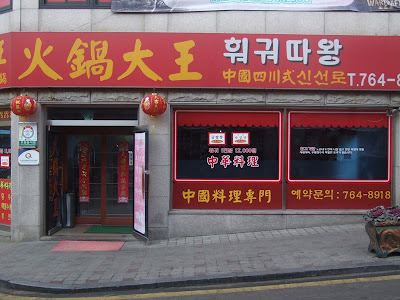 Hweogweoddawang
1.Hweogweoddawang: Hweogweo is a Chinese sinseollo (royal court casserole) boiled in a Taegeuk (symbol of yin and yang) pot. It has red and white soup featuring various oriental herbs. 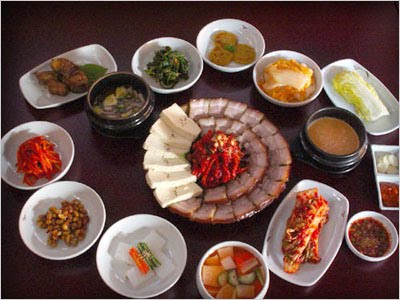 Gamasot Sondubu
3. Gamasot Sondubu: The building has been around for 150 years and they make their own Tofu every morning. I think Korean Tofu is exceptional because it has body and texture- it's not all smooth and sleek like some other country's tofu. It's a very labor intensive task to make. This is one restaurant that I have been meaning to check out for a while.

4. Bontogyoja: Do the Doo at Bontogyoja. By Doo, I mean Mandu. I love Mandu and this place is famous for their chewy and mandu skins and their fillings. They even have oyster mandoo. Yum...

For high end, the Walker Hill has a Incheon Transit Hotel. They have rooms for a couple hours, restaurants, and lounges. I've heard good things about Ja Yeon. It's a Korean restaurant in the Hotel. One traveler I talked to tried the Ginseng Beef soup, and they found it invigorating and interesting.

You can find more information on restaurants here.

Here are some other things that I found you can do in Incheon from Wikipedia:
Bupyeong Station is where the Seoul Subway Line 1 and Incheon subway line intersect. There is a large under ground shopping center there mostly selling trendy women's clothing and cell phones. Above ground, there are many restaurants, additional shops, and a Lotte Mart.

Jayu (Freedom) Park- The statue of General MacArthur as well as a memorial to the centennial anniversary of U.S. and Korea relations is located within.

Korea's only official Chinatown is located in Incheon, nearby Jayu Park. [1]

Wolmido- Location of Green Beach, one of the landing sites for MacArthur's invasion force. It is now a local tourist attraction with a boardwalk, an amusement park and many raw fish restaurants. Ferries run from Wolmido to Yeongjongdo and Jakyakdo.

Jakyakdo- A tiny island located in the harbor close between Wolmido and Yeongjongdo. There are many walkways and picnic spots, a restaurant, and seasonal rental rooms.

Incheon Landing Operation Memorial Hall- A plaza and small museum dedicated to the Landing. Weapons and artifacts from the war and operation are displayed.

Incheon Dohobu Cheongsa- Located nearby Munhak Stadium, this is the old government complex for Incheon. It has existed since at least the reign of King Sejong, about 1424 A.D. [2]

Incheon's government has many plans for restoring Incheon's old town.

You can also take a restaurant tour or cooking class in Seoul with me.
airport incheon layover recommendations