Tea' Us: Taste Coffee, Tea, and Him 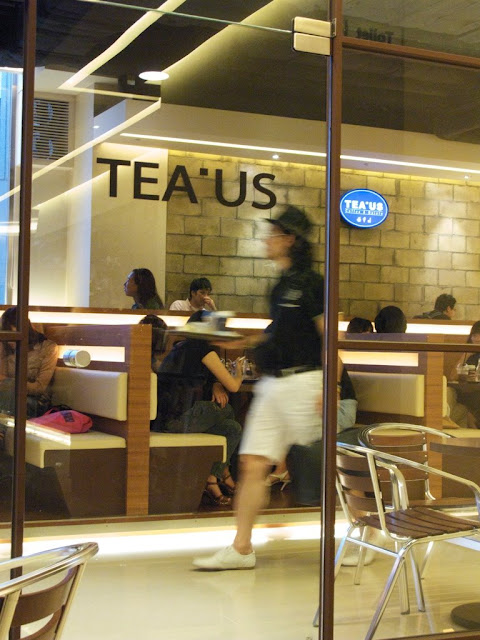 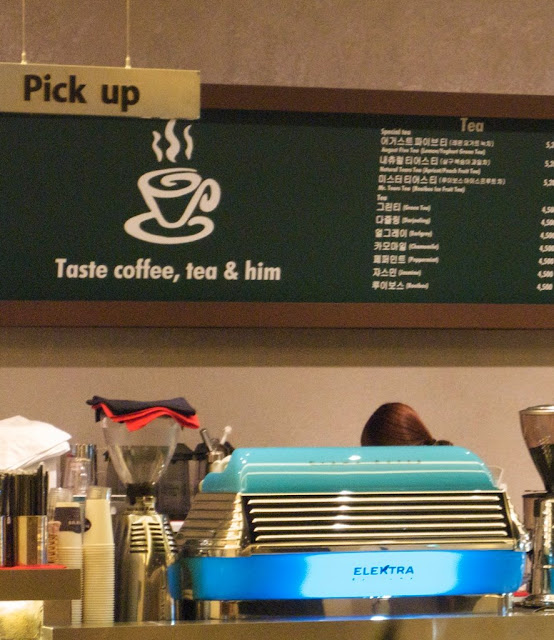 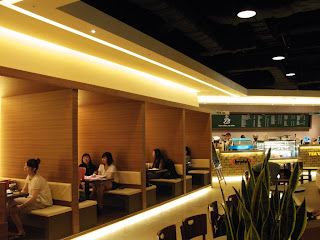 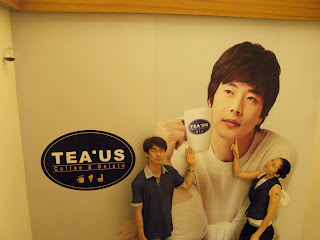 Who's him? Why would you want some guy in your coffee or gelato? I feel like I'm in "Wayne's World.

I would like a tall coffee with the cream of "som yung guy." Well, if you that's your thing then this place in Myeongdong is for you and the cream of is a guy named Kwon Sang-woo (권상우). He's a popular actor and model. He's the guy who's all over the face shop ads and girls love him for his hot body or "몸짱 (Mome Jang: Great Body)"

Now his cafe is located outside of Myeong Station exit 6?- it's right by the Cinus building. The space is quite nice and the coffee ain't too bad. The only problem is that you see faces of the guy everywhere. And I mean everywhere, it's like Big Brother or something. There are pictures of him in frames all over walls and in the stairway up to the place. I vaguely recall seeing one in the bathroom, but possibly that's just me being paranoid. Now is it just me or is that just a wee bit too narcissistic?

But if that's your cup of tea: Darjeeling with a bit of him, then head on over.