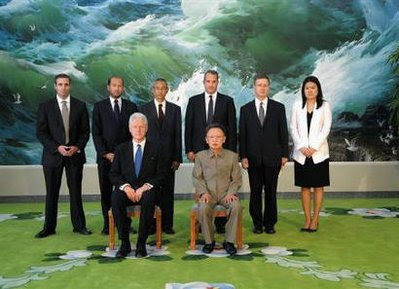 Kim Jeong-il just wants to be loved and the very act of Bill Clinton coming all the way to North Korea was probably enough to obtain the special pardon. Bill is probably getting all the nuclear arms- but they can't announce that yet because they wouldn't want the Great leader to lose face.

Euna Lee and Laura Ling were heading back to the U.S. with Clinton, his spokesman Matt McKenna said, less than 24 hours after the former U.S. leader landed in the North Korean capital on a private, humanitarian trip to secure their release.