October 27, 2009
There is a new food blogger in town and her first foray into the Korean food wilderness is the Korean waffle. You follow her adventures at www.foodcoma911.blogspot.com

I never thought I would be a huge waffle fan. The "korean standard" for doing waffles here is just putting some cream on it. I need a little more something, something, ya know?

So, one of my Korean friends found out that I love to sometimes indulge in one of my food philosophies of the BIGGER, the BETTER! See gave me an AMEN on that, and then recommended

My eyes just lit up! What is The Giant Alligator?!!?!

It's basically a big plate filled with waffles served with several different kinds of ice cream and toppings on the side. I guess in some abstract way it's shaped like an alligator's back. If normal Korean girls were going to eat this dish, then you would need about 6 of them to finish this plate. But being me, I just needed two other Korean girls with me^^

So, The Giant Alligator can be found at your local Butterfinger Pancake. The one I went to was near Gangnam station. Get out of exit 6 and make a left at The Body Shop. Walk straight for no more than two blocks and you will see it on your left.

Overall, not bad. I just wish they didn't put so much cream between each waffle and cooked the waffles a bit longer. It was just too soft and by the time you put all the fixings that you wanted and ate it, it was a bit soggy ;(

So you might be like, okay Jenny. That's great, but what about folks that don't want a cholesterol attack or aren't lucky enough to have people around to help them devour gigantic portions? Well, I got a solution for you guys too^^


Go here to read the rest 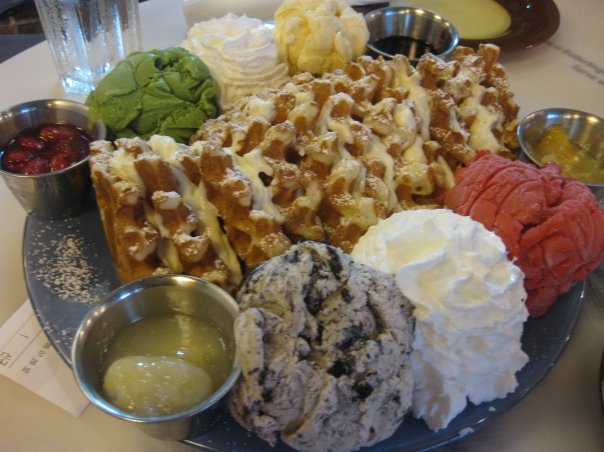 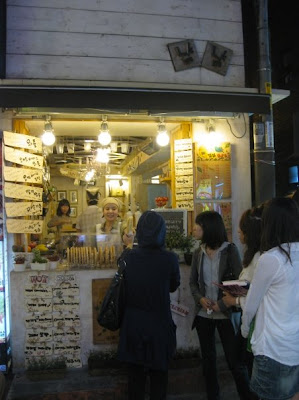